Middle Cyclone is softer than her previous records, but it also takes more risks. (Grade: B+) 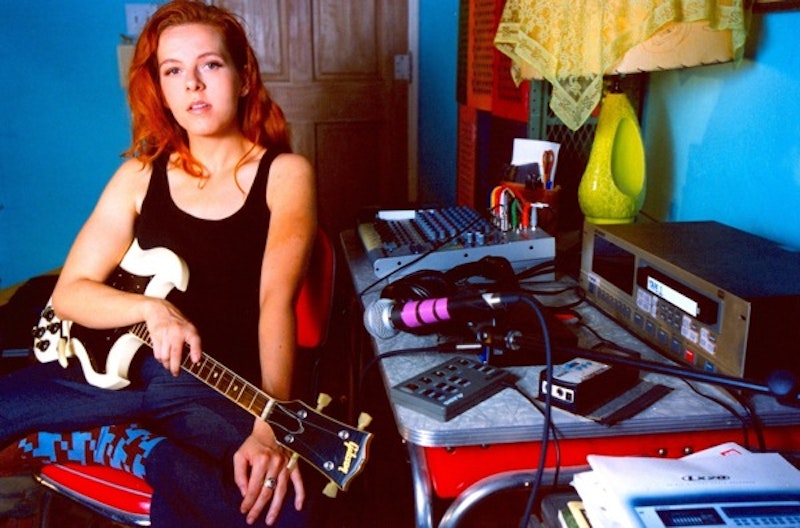 It was the mix of poetic lyrics and countrified refrains on Fox Confessor Brings the Flood that attracted so many new fans to Neko Case. But its predecessor, 2002’s Blacklisted, epitomizes to an even greater extent that hook-heavy aspect of her sound—jaunty country twang drawn into unsettling contrast with dark, belting choruses and reverb-drenched guitars. Standout examples include “Deep Red Bells,” or the Aretha Franklin cover “Runnin’ Out Of Fools,” but Blacklisted is an exhilarating ride from start to finish.

On Fox Confessor, an enigmatic tranquility suddenly enters the scene. Eerie acoustic guitars dilly-dally along on “Dirty Knife,” and odds and ends of electric piano distantly echo and trail off on “Margaret vs. Pauline.” The mysteriousness is then highlighted by the Eastern and Central European fairy-tale motifs that Case brought into the lyrics. This movement toward fairy-tale fantasy and tranquil, coy expression dissolved some of the clear dividing lines, where merry ended and sinister began, which were present on Blacklisted. This dissolution continues with Middle Cyclone.

This is, for Case, the realization of what she wanted, of an over-arching intention. For me, it’s an enrichment in complexity and nuance that is welcomed, and it feels for the first time like the music has caught up to the lyrics in this regard. In an interview with Case that I did two weeks ago for a German radio station, she expounded on the album as generally subtler, with its brisk and tongue-in-cheek moments—as an expression that, both lyrically and musically, bides its time, carefully choosing the right moments to strike.

Middle Cyclone has its continuities with Case’s prior albums. On “The Pharaohs,” Case follows up Fox Confessor’s “That Teenage Feeling,” satirizing our obsessions with teenage “true” love: “You spoke the words/I love girls in white leather jackets/ that was good enough for love/it was good enough for me … I want the pharaohs/ but there’s only men.” There are still the old country-noir stingers, “Prison Girls” and “Red Tide” for example, but they are, for the first time, exceptions.

Mostly, Case tones it down, moving at times away from conventional song structures. Vocal melodies are more wandering and unusual, combining to particularly idiosyncratic effect with ambient noise and a jarring intro rhythm change on “Fever.” Takes bordering on field recordings, laid down in Case’s Vermont barn, draw otherwise slick production into sharp relief. By now the story of Case and her rickety old piano battalion, used to record the Harry Nilsson tune “Don’t Forget Me,” has become somewhat well-known. All of these peculiarities attest to a creative and sonically interesting album.

But despite my respect for and belief in Case’s artistic advancement on this album, I don’t think it is as immediately listenable as Fox Confessor or Blacklisted. At a recent concert in Munich, where Case announced she was performing many songs off of Middle Cyclone for just the second time, she laughingly referred to the album’s subdued title track as “unbearably maudlin.” This made me wonder whether, on some level, Case felt the need to prepare the crowd, many of whom were obviously diehard fans, for an album that lacks some of her customary grit and power. But I was still swept away by Case’s live performance of the song and by the album cut. Over M. Ward’s soft acoustic guitar, Case sings one of my favorite lines on any work of hers to date: “Ride a bus to the outskirts of the fact that I need love.”

Middle Cyclone may not sink in with the speed of her last two full-lengths. But given time, it does work its way into your brain, and while one might miss those older albums, being familiar with them also reveals how Case has fearlessly charged forth, and widened her scope this time around.