The Numero Group's newest foray into indie rock is a look at the new-wave era Titan label. (Grade: B-) 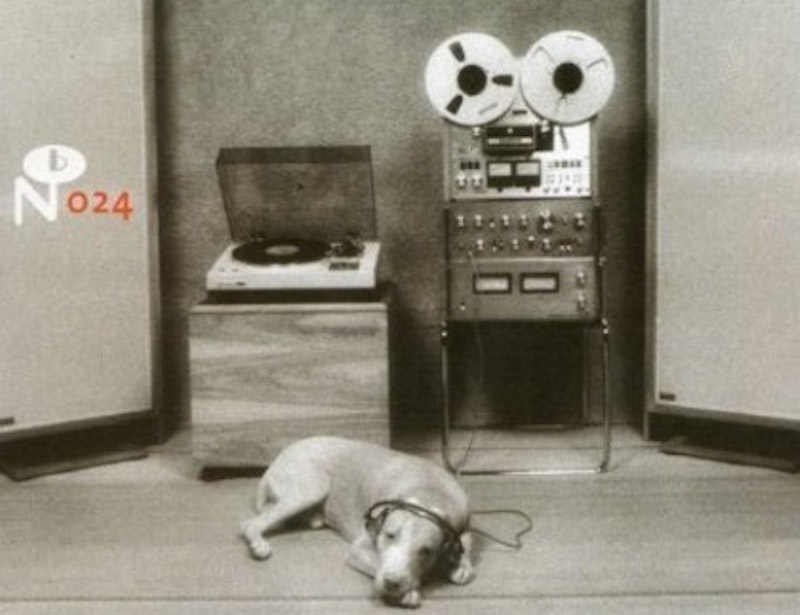 Titan: It's All Pop!, the newest release from the consistently excellent Numero Group reissue label (Helping DJs everywhere since 2003!), should come with a disclaimer for all listeners under the age of 30: "When we say power-pop, this may not mean what you think it means." Titan is Numero's second foray into teen popdom, this time chronicling the short-lived, DIY label from Kansas City, Missouri whose brief output from 1978-1981 has carried a semi-cult status among 1980s pop music collectors. The groups compiled here follow in the mold of classic 70s artists like Cheap Trick, REO Speedwagon, and Elvis Costello. Their brand of "power-pop" necessitates a threshold for cheeseball guitar jams, sappy lyrics, and occasionally tepid performances. Not to be overly ageist here, but twentysomethings will have a much harder time adapting to this brand of indie rock than, say, those who grew up to Post-Kinks, cornball, glam-rock blaring on the radio. It's more ZZ Top than Weezer. More Queen than Exploding Hearts. The music, while sometimes fun for all ages, is mostly directed at conjuring nostalgic FM memories for 30- and 40-year-olds, a result that unfortunately makes the album less engaging than most of Numero's niche releases.

The story of the label is more consistent with the Numero brand, which is to say that tiny Titan Records barely qualified as a working enterprise. Founders Mark Prellberg and Tom Sorrells used what little money they had amassed over their early working years to release the single "Real Life Saver" by Gary Charlson, one of his seven tracks featured on the two-disc album. The song is a sweet ballad, sporting an innocuous melody and a slight, giddy-up guitar strum in between the verses. The song was barely heard outside of Missouri and Prellberg and Sorrells eventually burned bridges with Charlson by delaying some of his future recordings, only to release them the moment Charlson attempted to sign with a new label. Along with stadium-rock wannabes Boys, Gary Charlson was the closest thing Titan had to a big-time artist. They seemed to have the pedigree to make it big even if they don't have the standout tracks on this album.

The most exciting numbers though belong to the wonderfully named Arlis!, Gems, and the Elvis Costello-mimicking J.P. McClain & The Intruders. Just try to resist the evocative glam-strut of "No Way Baby." I guarantee that after several listens, you wont be able to keep yourself from shaking your shoulders a little bit and maybe from even joining in on the handclaps. "Save Your Money" by Gems is notable for other reasons. The song maintains a mid-tempo beat for the most part, but every so often it entices the listener with a guitar bit that recalls "Train in Vain." Don't get too excited though because it never fully reaches the emotional heights of The Clash classic.

"Just Another Pop Song" by J.P. McClain and The Intruders is the most memorable song from the Titan catalogue and that in itself illustrates the weakness of this album. Everything about this little ditty feels ripped from Costello—the melody, the handclaps, and obviously McClain's lyrical delivery. Now, think back to the Eccentric Soul release The Outskirts of Deep City. There you'll find a track titled "Knocking on the Wrong Door" by a spunky girl group called The Rollers. The song is a blatant reworking of "I Want You Back" by the Jackson 5, which, as far as rip-offs go, is an excellent song to cop. But The Rollers version has so much individual spark and charisma that it almost makes up for its unoriginality. They own the melody, which sadly just isn't the case with "Just Another Pop Song." There are no overriding elements that can make the listener think of anything other than its relation to Costello. Of course with that being said, if you like Costello, you're going to like this song.

All of the glam-punk and new wave influences that took the country by storm during this time period aren't vividly at play here. There are moments of punk flair or arena-rock that spice up the track list a little bit, but for a label in the thralls of musical evolution, Titan's overall sound was pretty vanilla. Again part of the difficulty of listening to this album goes back to age. If you are able to embrace the semi-cheesiness of 70s arena rock and slick-hair ballads than you will almost certainly find something to like in this album. On the other hand, if your indie-pop roots are connected to the alt and college rock experimentation of the late 80s and early 90s than it might take you a while to warm up to the vocal melodies of Millionaire at Midnight or the corniness of Bobby Sky's "The Water."

No matter which category you fall into, one thing is indisputably clear from listening to this record: Numero Group is just about the most diverse reissue label in recent memory. There's no doubt that the label will release more pop goodies in the future that will probably be more impressive than Titan. But when a miss sounds this decent, you can't really complain all that much.