David Lynch's The Big Dream is Like a Sketchbook Drawing 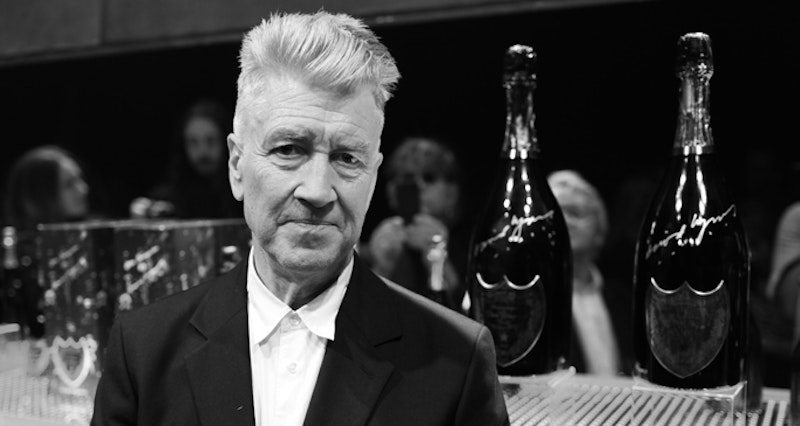 David Lynch's musical debut, Crazy Clown Time, was, even for his most devoted fans, a bit of a scattered affair. Its an odd pairing of narcotic backwater blues and electronic numbers, notably the auto-tune electro-pop of the single "Good Day Today." Though since it's his first solo effort, it's understandable that Lynch wanted to show off his range. Whereas CCT enlisted Yeah Yeah Yeah's vocalist Karen O on “Pinky's Dream,” The Big Dream has Lynch as lead vocalist. The product is more or less what you might expect, the auteur conjuring some approximation of a voice heard deep from within an unknown Bible Belt town, albeit the murkiest recess of one.

It's not hard to understand the appeal of a David Lynch album from a marketing perspective. Lynch has arguably been as much of a sonic adventurer as he has been a filmmaker. The meticulous sound design of his first film, Eraserhead, was essential to the atmosphere of confused lust and post-atomic dread. In fact, Lynch has been involved in the sound tracks for all of his films and television projects, so it's understandable that Lynch the musician isn't far from Lynch the filmmaker. "Star Dream Girl" is Lynch at his most transparent. "Crank up that radio, let me tell y'all a story/…Coming like crowds/...to dream of her." Backed by generous tremolo guitar and vocal slap-back echo it doesn't take much to gather that his dream girl is intentionally anonymous, another worshipped femme fatale character filling a symbolic role in the plot.

It takes a while for the record to shift towards electronic elements. The gauzy keyboard stabs of “Wishin' Well” are a dead ringer for a Portishead b-side circa 1997. The beat locks in step with Lynch's unintelligible croon but never quite develops on its own. It feels a bit too much like a sketch that didn't quite get the editing room attention it deserved. By the time you get to "Sun Can't Be Seen No More," "Wishin Well" seems, by comparison, a brilliantly polished United Nations speech. "They got a lot of pretty girls down in the studio" is one of the few sentences that is clear. This is one of the more hypnotic car cruising songs on the album: sedated blues guitar licks and a nasty solo tell you all you need to know about what the end point of that dramatic setup may be.

It may be hard to understand why The Big Dream spans twelve tracks when so much of it is repetitive, but Lynch has said that he views his music as an exploration of another part of his creative world, one which may or may not feed parallel artistic pursuits. His training as a painter may be more at the heart of this view point and the sketch-like nature of The Big Dream than is given credit. At an age where most filmmakers are in the early-to-mid stages of retirement, Lynch is at heart an artist who is still eagerly engaged in a breakthrough.