On the debut album from Witches. 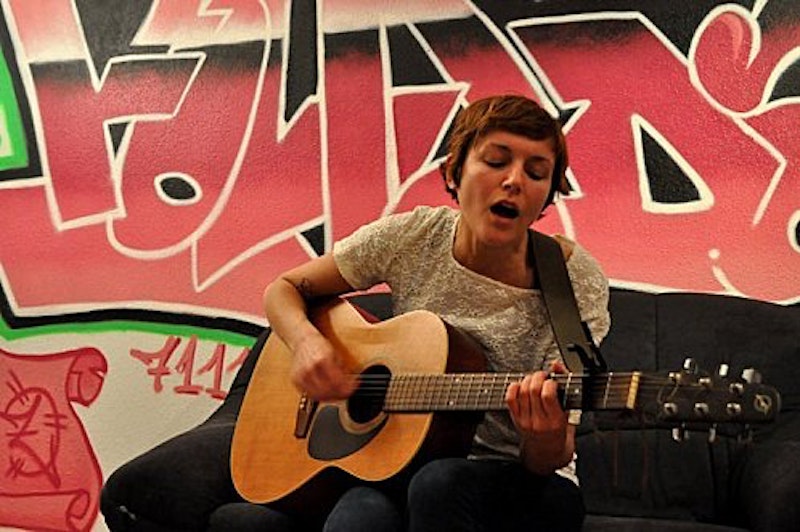 I first heard Witches frontwoman Cara Beth Satalino back in 2008 on the Athens Soundies, an Athens, GA-centric site that, like Shoot The Player, does some surprisingly nice Blogotheque-style Take Away Shows. Satalino wandered along train tracks and down through an overgrown dumping yard, roughly strumming her nylon-string guitar, playing two songs that turned up on her 2010 EP The Good Ones, a stripped-down indie rock record with a definitively punk attitude—"P.J. Harvey minus a layer of filth," as Winston Dangler put it.

The Good Ones was pretty much a 180 for Satalino; on her 2006 LP, Crowded Mouth, she'd come off as a fairly forgettable Regina Spektor knock-off: a talented singer-songwriter with a pleasant folk-pop aesthetic, yes, but lost amid too many unavoidable Soviet Kitsch comparisons. So thankfully she reinvented herself—found a band, ditched the piano—and here we are, five years later, and Witches have their first full-length, Forever, due out June 21 on Bakery Outlet Records. Michael Clancy on drums and Jared Gandy on bass offer a fine counterpoint to Satalino's fuzzy guitar work—it's like Satalino took all her folk-pop influences out into the alley and roughed them up a bit: you won't find any hand-clap percussion here, no strings either. And of course Satalino's voice is still as warm and familiar as ever—tender, drawled and strained on all the right notes. It's a beautiful album, with "Black Dog" and "Disappointment" as the stand-out tracks. Now that Satalino has hit her stride, hopefully we can expect a whole lot more.