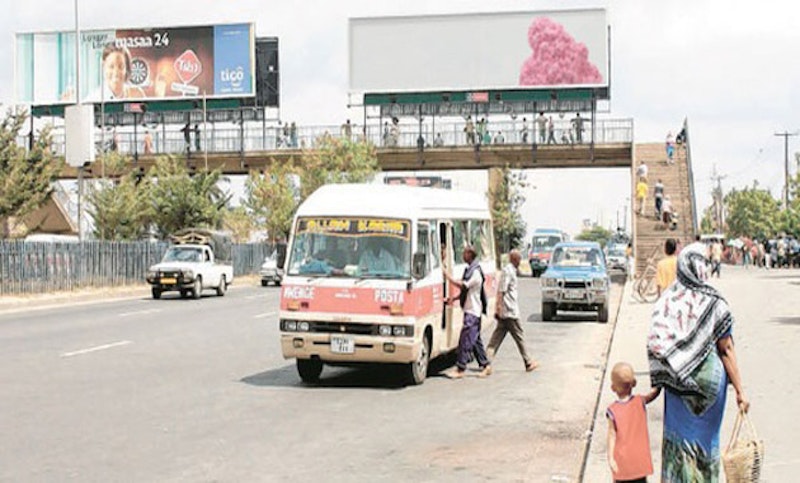 In an age where complex, artificially-intelligent algorithms generate most of the advertising we’re exposed to, billboards are representative of a final marketing frontier. The splintering of the monoculture means that we aren’t exposed to the exact same pitches for car insurance, soda, or hand lotion that everyone else is trying, unsuccessfully, to tune out. But unless you’re blind or significantly vision-impaired, you can’t escape billboards. They lean in conspiratorially and pat you chummily on the back as you careen down bustling boulevards, under the mistaken impression that you’re somehow eluding the influence of corporate forces due to an apparent absence of television, radio, or online advertising.

If you live in a major metropolitan area, you may be aware that Battles—a semi-underground band that purveys what might be termed “crack-pipe enthusiast post-rock”—has taken its campaign for their second album Gloss Drop (Warp) to national and international highways alike. If you have no interest in semi-underground music, it may appear that a renegade Dadaist art collective robbed a bank and commandeered a billboard to mess with you, because the cover art for Gloss Drop is, let’s say, interesting—the kind of interesting that’s capable of making you sick if you skipped breakfast, or knocking you awake if coffee wasn’t quite doing the trick.

Set against a benign gray background is a mound of something pink. Not provocatively pink, but provocative in its sheer anonymousness. There’s an allure there—it’s the kind of pink that suggests saccharine, candy, pounds of Bazooka bubble gum forced through a colander—but a repulsion factor kicks in too, because as soon as you’ve begun to think about what you might taste if you pulled over and leapt the barrier and clambered up the ladder and licked that sucker, it occurs to you: brains. The pink stuff on the billboard looks like someone reached in to someone else’s cracked-open skull with an ice-cream scooper and came out with a heaping helping of Cerebellum Surprise.

So you start feeling like a zombie. Then it occurs to you that the pink stuff looks like raw ground beef, which is equally grody, or maybe even grodier. Of course, this thing is probably just some cleverly realized ceramic readymade bullshit, but it bothered you, got under your skin, ruffled your feathers, took a calculated risk. Is Gloss Drop any good? I don’t know, and it doesn’t matter either way. If others dared to follow Battles’ lead, drive-time culture could get a lot more interesting.