Be Young, Have Fun, Lick Pepsi 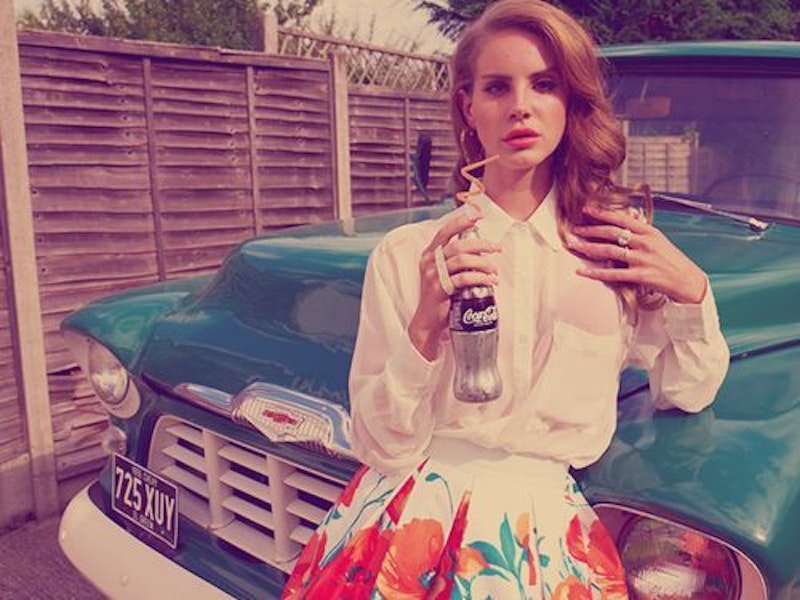 That line. Frank Ocean couldn’t have swung that line. Maybe Lil Wayne could have gotten away with it, back in his peak years. Mykki Blanco wishes s/he’d come up with it first. Britney Spears pantomimed it; Courtney Love and Liz Phair, in their own ways, more or less implied it.

“My pussy tastes like Pepsi-Cola” is the bait, and Lana Del Rey sings it with the come-hither, doomed nonchalance we’ve come to expect from her over the past 12 months or so, crooking a lacquered finger, inviting the observer into a David Lynch-ian fantasia of privilege and camcorder-shot imagined horrors. There’s a father-figure of questionable influence, a wasted tide of yearning, high and low culture signifies clashing—as production work that’s half fake Beach House and half-noir soundtrack pools at the narrative’s heels and the vocals surge in and out of polite filtering techniques—and you, presumably, looking askance or taking advantage.

“My eyes are wide like apple pie” is damning, too, but that one’s hardly going to stop a party dead. “My pussy tastes like Pepsi-Cola”—I mean, look at it. Read it again. That lyric’s like a panic-room sized hot-pink sculpture of a vulva spray-painted with epithets, situated in the center an otherwise conventional art gallery. Try as you might, you can’t tear yourself away because the line contains multitudes: hollowness camouflaged as strength, defilement as deliverance, transactional consumerism as sexuality.

But to be shocked at “Cola” is almost hypocritical—it is to pretend that women aren’t objectified routinely or that that objectification is without social consequences, that violence begets violence. It is, interestingly, a meta-commentary: a narrator whose disposability yields further disposability, sung by a performer who must be all too aware of her own brief window of media fascination and the even briefer meme shelf-life of the very song she imbues with a studied indifference.

“Cola” could be the end of an especially gruesome “message” road movie, or what portends the beginning of one. It’s less Channel Orange monied/icy chic than The Informers morally ambivalent, or maybe something worse, more monstrous: the post-coital intimations of an insect preparing to consume a mate who didn’t know he was actually the victim, one of many. What happens after Cruel Intentions but maybe before Natural Born Killers? This. “Cola,” in other words, would make for a killer B-movie.