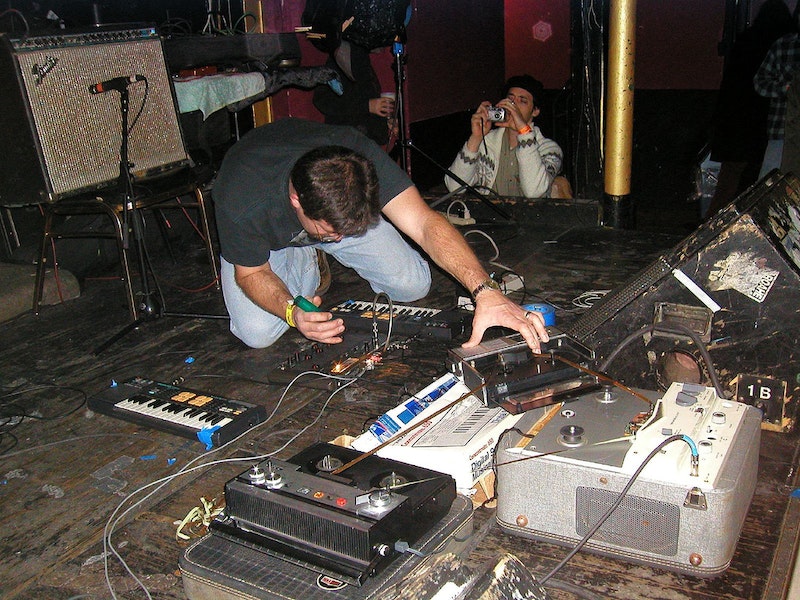 1984 the novel I read decades ago, in high school; 1984 the movie, I never saw. Yet the plot and a handful of specifics linger in memory, enough that—aided by this story’s continued relevance in popular consciousness plus contemporary American politics—“Eurasia” and “Oceania,” as place names, immediately ring some bells.

So when those names surface early on during “Stock Footage” in a stentorian radio sample that resembles a Conet Project snippet, the ears perk up. “Stock Footage” is dedicated to Ian Allen of culture-jamming outfit Negativland, who died of cancer in 2015, and hints of that group’s strange mischief drip through here. There’s the psychedelic, cut-up manic sense of this track taking shape between shortwave stations or at the bottom of a glass of seltzer water. There’s the disconcerting splay of succubus-implanted announcers, and of synthesized delirium giving way to an Public Broadcasting Service motif so antiquated that, for listeners of a certain age and nationality, it’s as involuntarily harrowing as the score for The Exorcist.