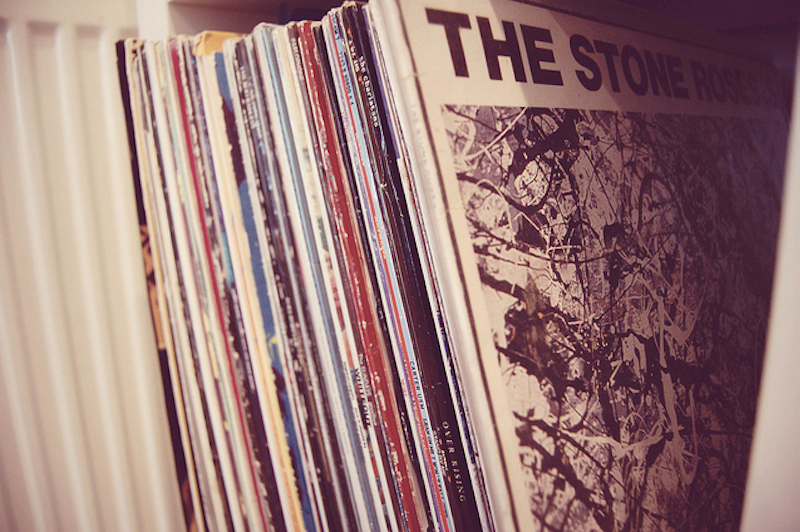 The majority of my favorite music from last year didn’t come out last year. I’m sure that’s the case for most people. Nobody—not casual listeners, music journalists, hipsters, clueless dads—staples themselves to the zeitgeist to the exclusion of other pleasures. 2010 was the year I finally learned to love death metal, the year I became obsessed with torch songs, the year I discovered Astarte and Carmen McCrae and µ-ziq and (thanks to my wife) what seemed like an infinite number of Japanese psychedelic bands. For you, probably, it was the year you discovered someone else entirely. Yet, somehow, it’s actually supposed to be the year of Kanye.

Not that I’ve anything against Kanye; I still haven’t heard that album, but “Monster” is a great song. More power to him and Nick. It’s churlish to sneer at late capitalism when you’re mired up to your neck in late capitalism. The Internet that lets me instantly download albums by Sarah Vaughn or Esoteric is the Internet that makes it possible for everyone on earth to simultaneously speak Robyn’s name at the end of the year. For that matter, I love Robyn, just like I’m supposed to. If the world’s at your fingertips, then you shouldn’t be upset if you can’t detach your fingertips from the world.

Still, I think it’s worth acknowledging that that world is somewhat arbitrary. A little perspective, if not detachment, doesn’t hurt. As such, I can say that my first best of 2011 came out a few months back in 2010. The Lovers’ Dark Light is the kind of smart hooky indie pop beloved by critics—though somehow it didn’t actually get mentioned on any of the year-end lists I saw.

Why not? Darned if I know. Portland-based Carolyn Berk’s been kicking around for a while now; maybe she’s not shiny and new enough? Or maybe it’s just chance. In any case, the album’s great. “Barnacle,” the first song, is what the album’s all about: synthy electronica played like jangle pop, with goofy bleeps anchoring harmonies and heart-on-the-sleeve lyrics sung with the warmth of a less languid Hope Sandoval.  “Boxer” is more of the same, but better, starting out with downer minor-key spookiness before swinging out on spaceship noises into a chorus you can’t get out of your brain with a backhoe. “Today, I’m thinking of you in a new way,” she sings, with the profoundly melancholy effervescence of Abba or the Carpenters.

Like those bands, Berk can sometimes be too precious: you really don’t want to have a song with a chorus that says, “I am alive” if you can help it. But, on the other hand, there’s something to be said for being a pop band that believes in Hallmark card lyrics. Everybody loves Deerhunter because they’re smart in that 60s god way, but … another band that points with knowing craft to the Beach Boys and Dylan? At this point, I prefer to just have somebody embrace those pop clichés as if no one told them that indie means you’re supposed to be cleverer than Justin Sparks. “We’ll find god/in each other’s arms,” from “Peppermint … I mean, that’s dumb. But they sell it with every dreamy harmonized “ah, ah, ah” looping around as the synths plod along, oblivious to the fact that the 80s are over and were never meant to belong to earnest singer-songwriters anyway.

So should the Lovers have made last year’s best of lists? I don’t know. Is it ambitious enough?  Genius enough? Is it okay that I like it in part because the lyrics make me wince? I love “Figure 8,” the one song that fully embraces the band’s New Order tendencies, with the synths unleashed on an actual dance floor beat with the singers trying to forswear their indie tweeness and failing gloriously. I love the slow Chan Marshall-esque “The Boy Who Cried Wolf” with the overdriven drums and the incongruous electronic “noo-nee-noo-nee-noo” in the background. I love the whole thing, even if it is in the wrong year. Most things are, after all.