On the Dream's Love King 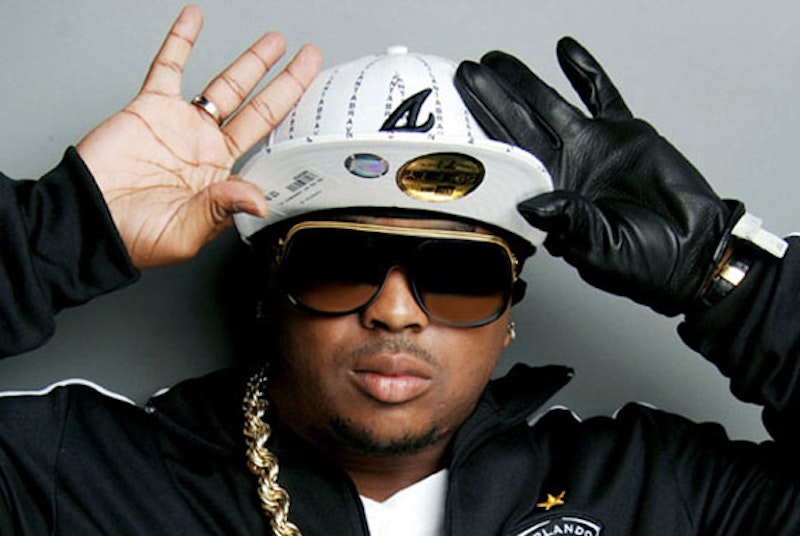 No contemporary pop R&B single was more deserving of it own snap dance than “Love King." No contemporary pop R&B single better embodied the cover of Justice League America #29 than “Love King.” No contemporary pop R&B single was a worse harbinger of what was to follow in its wake than “Love King.” In a sense, “Love King” was essentially singer/producer/songwriter/hitmaker The-Dream’s second rewrite of “Shawty Is The Shit,” the biggest hit from Love Hate, his 2007 debut. But while “Shawty” – a relatively anemic melodic effort in comparison to what was to follow – was rooted in large part in the recent past, “Love King” resided stubbornly in the present, a head-spinningly wide-screen Taj Mahal of polyamory that rivaled Jay-Z’s gimmick-y “Girls Girls Girls” while fulfilling, on more than one level, promises made by My Bloody Valentine’s rave-swoon “Several Girls Galore.”

A hornet’s nest of contradictions, “Love King” manages to be flimsy and ephemeral yet defiantly unforgettable, posits a hierarchy of fidelity (“Half to my main girl, quarter to my side chick”) yet celebrates catting carelessly about, flaunts a libidinal myopia yet somehow sweeps a cacophony of not-unpleasant urban noise pollution into its, um, dreamy cotton-candy pop dispora. Day-glo synthesizer notes and polyphonic expressions of narcissism bob and bounce and thump, dozens of them at once, an ocean, a flock, a veritable flotilla, united in purpose but presented with an airy looseness and ease that is what you’ll ultimately come away longing for more of. Listening to “Love King” is a low-commitment experience, and enjoying it doesn’t require much effort or work; just tune in, relax, ride out on the percussive, mesmerizing finger snaps, buoyed along by the ginger-ale tide and all the sonic bric-a-brac snuck in the mix, like honking car horns and insistent ring tones. (Be warned: listening to “Love King” in traffic can make for a confounding and frustrating experience.) Again and again, Dream casually spells out the title on choruses like a bemused Hugh Hefner drawing on a steamed-up mirror in a stadium-sized bathroom full of Playmates: “L-to-the-O, V-to-the-E/K-to-the-I, N-to-the-G/I don’t know how he treat you, how they do it where you at/But all I’m trying to say is you should know me like that.”

And the girls! The girls – Dream’s girls – are everywhere, like an extended harem or stable of prostitutes, like MI6-affiliated plants in Bond flicks, like alluring delusions. In the club. In the church. In the trap. In the bank. Overseas. Modeling various brands of footwear and cell phone plans (“Metro if it’s local”). Everywhere he turns? It’s a never-ending cascade of women that Dream portrays as advantageous rather than overwhelming – “Love King” might well have been more thematically intriguing if he’s taken the conceit in the opposite direction, but, again, why rend the pretty pastel packaging if you don’t have to? – and every ad-libbed, dissolving “Hey!” doubles as an accent and a subconscious recruiting tool, if you come at it cynically.

“Love King” is a lot of low-impact, Spring jam fun that leaked in late winter of this year and was wholly unindicative of what Love King, its parent album, would sound like; Love King was a polished, joyless affair that abandoned most of the corny, smirking tomfoolery and gratuitous, bodacious hookage that made predecessor Love vs. Money, from 2009, such a welcome blast of fresh air and earned it so many spots on 2009 top-ten lists. Abandoning the pure fantasy, escapist aspect of “Love King” is weird; it reminds you of the depths of his Rolodex (dude Svengali’d Electrik Red, and on the girl-group’s sumptuous debut you could almost see Dream’s marionette strings jerking the ladies to and fro), the mixed-bag his career has been over the last few years(Mariah Carey’s Dream-helmed disc flopped, Justin Bieber’s “Baby” blew up), that his marriage to Christina Millan in less than a year when documented evidence surfaced that “Love King” probably wasn’t total hyperbole or even boasting, but, rather, a bittersweet admission of an insatiable sexual appetite.