Your Guide To Sassy Black Slang

As heard on Hollywood Houseboys. 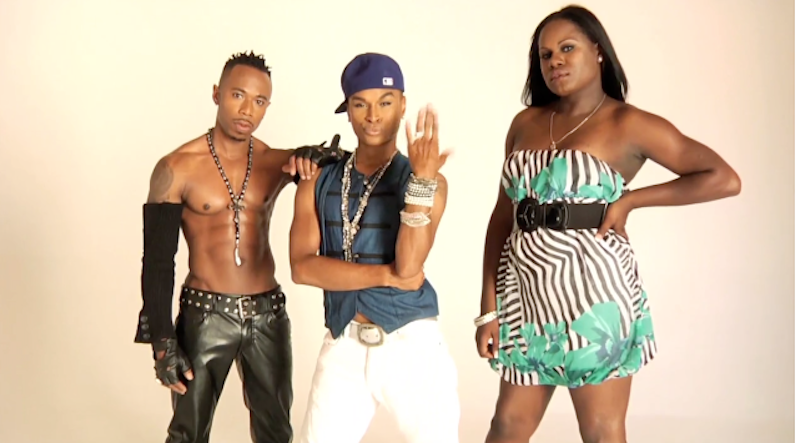 Lately I’ve been irrationally obsessed with this new black gay web series called Hollywood Houseboys. I don’t know how new or series-like it is since there are really only two episodes. Girl, can we get a few more episodes—hallelu! Hollywood Houseboys (“Hollyywoooooood Housssssseboiiisssssth”) follows three black gays trying to make it twerk in Hollywood. What…a novel plotline. At first glance, HH is like The Wendy Williams Hot Mess meets The A-List New York, that god-awful train wreck, only with even more press-on nails.

HH is a hot-ass-mess, and I hope and pray with all my weaves that they can get it together to do more episodes. I’m sick and tired of all these gay shows with a cast full of white bitches—which is virtually every gay show. White people are great and everything, but people of color (POCs) exist too, Network Television Executives!

But watching HH, I realized it might be hard for Gay Black Slang virgins to understand what was actually being said. So! Let’s break down a few of the most popular words and catch phrases used by Sassy Gay Blacks everywhere. Now you can feel confident, white people, the next time you’re at the local H&M and feel inspired to converse with the Sassy Gay Black with the extended eyelashes!

What’s the Tea, Gir? Gir is short for girl, because some gay dudes don’t like to be called “girl.” So we just came up with “gir” instead! As for the tea part, people usually have tea with their close friends to gossip—you know, to talk about Weavinisha’s ugly feet behind her back (“Chile, I don’t know why she keep on wearing them strappy Jimmy Choo’s. The bitch ain’t cute, and she needs to take a pumice stone to back of her foot quick, fast, and IN a hurry.”) When somebody asks “What’s the tea?” they’re talking about the news, the gossip, the REAL story. Conversely, “Gir, Let me tell you the tea” means “Bitch pull up a seat I got some dramaaaaa.”

Bitch. I use “Bitch” very often, as in like almost every sentence. So, I guess I’d like to apologize to feminists everywhere. Anyway, “bitch” is never meant in a demeaning or woman hating way. It’s just really funny to have a Sassy Gay say something like “the bitch needs to have a seat.” It’s in the way you say it, people, which can’t really be described. Also related: bitch, please! which is a not so subtle way of saying either, “you lying ass ho!” or “not over my dead body.” Example: “Girl, did you let Tyshawn get it in?” “Bitch, bye. You know his ugly ass can’t have none of this!”

Trade. Trade is an oldie but a goodie. A piece of trade is a straight-identified dude who happily fucks gay dudes—as the top. It’s not the same thing as somebody who is “in the closet” or “bi.” Part of the excitement of “trade” is the allure of the magical straight cock (that Sean Cody is really onto something…). Trade is typically masculine and doesn’t suck any cock, doesn’t get fucked. He just gets off on dominating gay dudes. This happens more than anybody is willing to admit, so sorry if I’m making you uncomfortable, All You Pieces of Trade Reading This. Black gays used to call this “the Down Low” before “Down Low” was Oprahtized, becoming one of her least favorite things. Places to find Trade: Craigslist Casual Encounters, locker rooms, East Harlem, Bed Stuy, Abercrombie and Fitch, Williamsburg, the Lower East Side, record shops, public transportation. Trade exists in all cultural groups, including the Orthodox Jews, apparently. (An Orthodox Jew once pursued me.)

Beat My Mug/Face. Beat my face is a metaphor for putting on your makeup, the magic of transforming your face from boy to queen—like that, chile! It sound might sound weird, but it actually makes sense if you think about baking a cake. You gotta beat the oil, eggs, cake powder, put it all in the oven and—bam!—you’ve got one fierce face. A foundation brush is not unlike taking an egg whisk to your face. Right? Example: “Girl, we can’t leave until my make-up artist gets here and beats my mug!”

How ‘Bout It? This phrase typically comes at the end of something possibly very bitchy and sassy said just before it. Maybe more than the other phrases, this one really depends on facial expression. You have to purse your lips right at the tail end of the phrase. When you say it, it’s as if you’re challenging the person you’re speaking with to say something else. You dare them—you double dare them to come at you with another quip. How ‘Bout It?

Wasn’t that fun! Obviously there’s more to Sassy Gay Black semiotics than these five fierce phrases. But watching HH, I realized why a gay show without at least one Sassy Gay Black is bound to fail: Sassy Gay Blacks are linguistically more interesting, and have a unique way of communicating with one another. Every conversation is hilarious, no matter what it’s about, every line a space to crack a joke. Sassy Gay Blacks have mastered the art of wit, creating a space for verbal challenge in every dialogue.

Now the next time somebody calls, you can confidently answer your phone and say, “What’s the tea, gir?”