Why We Don't Scream For Scream 4

How Wes Craven and crew struck out. 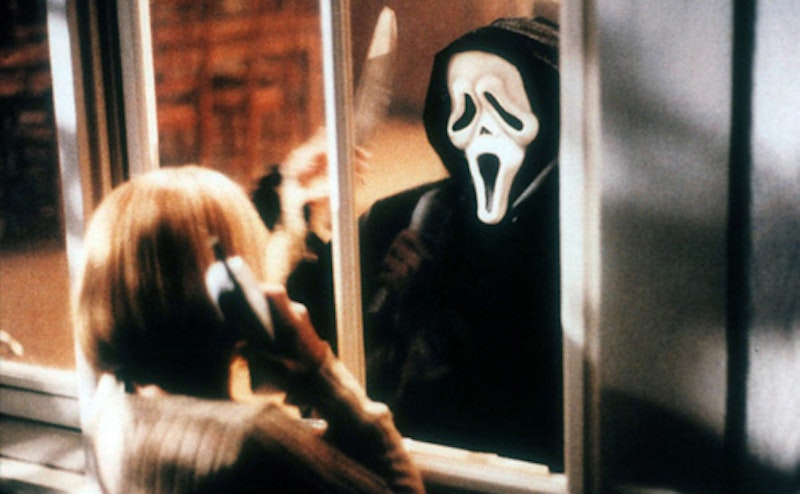 Is it possible that Hollywood may have to start coming up with original ideas for horror movies? With last year’s would-be reboot of A Nightmare on Elm Street already forgotten, and the relatively poor showing of Scream 4 this past weekend, the bloody writing may be on the charnel house wall.

That both the Elm Street and Scream franchises emanated from the (usually) agreeably perverse palette of director Wes Craven is no surprise; after all, he’s the only one of the horror flick class who came to fruition during the 1970s who’s still successfully mining the genre (John Carpenter’s putative comeback, The Ward, still doesn’t have a US release date; George Romero’s still plowing the Living Dead field, to ever-diminishing returns; Tobe Hooper has been MIA for a long while).

Of course, “success” for Craven over the past decade has been a mixed bag: The surprisingly effective low-budget suspenser Red Eye looks like Gone with the Wind next to the useless remakes of The Hills Have Eyes 1 and 2 and Last House on the Left, while anyone who can even recall the likes of Cursed and My Soul to Take should immediately be signed to any trivia contest team you’re thinking of forming.

But Craven’s filmography has always been dotted with successes and failures. For every Hills, Last House and Elm Street there’s been at least one Deadly Friend, Shocker, and Vampire in Brooklyn. But Scream was supposed to be different: The original was, after all, a satirical wink at the horror film’s conventions while simultaneously a pretty effective little thriller all its own.

Craven’s always positioned himself as the thinking-man’s horror filmmaker; after all, Eli Roth and his ilk don’t have a master’s degree in philosophy and writing from Johns Hopkins. So it is that his first major effort, Last House, was actually inspired by Ingmar Bergman’s Virgin Spring (though the infamous death-by-blowjob was something the Swedish master never would have come up with). The original Hills was in some ways even more gruesome, though Hills 2 is pretty funny in a lot of wrong ways, including its notorious dramatization of a dog’s flashback to the first film’s events.

So it was that Scream, written by Kevin Williamson, got a lot of play for its onscreen description (and subversion) of the “rules” of current horror films: You will not survive if you have sex; you will not survive if you say, “I’ll be right back.” Throw in some stunt casting (Linda Blair, Henry Winkler as the school’s principal, Craven himself wearing Freddy Krueger garb as “Fred the janitor”) and a rock-‘em/sock-‘em opening with Drew Barrymore ultimately getting disemboweled, and it wasn’t hard to see the thing as a hit from a mile away.

And then, as so often is the case with sequels in general and horror sequels in particular, the rot started to set in. Scream 2 and 3 tried to up the yuks-to-yuks factor by introducing the movie-within-a-movie conceit of Stab, dramatizing the stories of the characters played by Neve Campbell, Courteney Cox, David Arquette, et al. But for all the elbows-to-the-ribs, the joke had, by Scream 3, gotten pretty stale. Killing off Campbell’s Sidney, Cox’s Gale, and/or Arquette’s Dewey would also have been killing off the golden goose, so instead viewers were stuck with the same problems they encountered with the endless Halloween and Friday the 13th series: A rasher of new characters (though at least played by name actors like Sarah Michelle Gellar and Parker Posey) were there mostly to get slaughtered.

Craven had actually played the meta game before, with 1994’s hubristically titled Wes Craven’s New Nightmare, wherein Craven, Krueger portrayer Robert Englund, and other cast members appear as themselves, making an Elm Street movie during which the Krueger character and other odd goings-on cross over from “fiction” to “fact.” It was done mostly straight-faced, however, and was a flop.

So too Scream 4, it seems, which finished its opening weekend well behind kids’ film Rio and, at approximately $19.3 million, well below its hoped-for $25 million. There’re a number of reasons for this: A younger generation not particularly interested in the franchise, whose last chapter came out in 2000; an overestimation of interest in seeing Cox and Arquette on screen together; the fact that it, you know, sucks.

Because, even though 4 brought Williamson, absent from 3, back to the fold (before continued interference from the Weinsteins sent him scuttling back to The Vampire Diaries, anyway), Craven and company still haven’t solved the key problem: The audience knows that Campbell, Cox and Arquette are never going to die, so all that’s left is seeing a new band of youngsters like Hayden Panettiere, Alison Brie and Anna Paquin get sliced-‘n’-diced. Craven’s been quoted as saying that 4 isn’t so much a reboot as the start of a new trilogy; the 71-year-old director may have to rethink that position.

The handheld camera/“found footage” conceit of movies like Paranormal Activity, Cloverfield and the forthcoming Super 8 still show some promise, while The Strangers—a wildly overrated killing-for-no-reason thriller—has a sequel on the way. None of these titles may strike you as terrifically original, but at least there are some scares to be had.