American TV is better than ever, unless you count the teen-marketed shows. 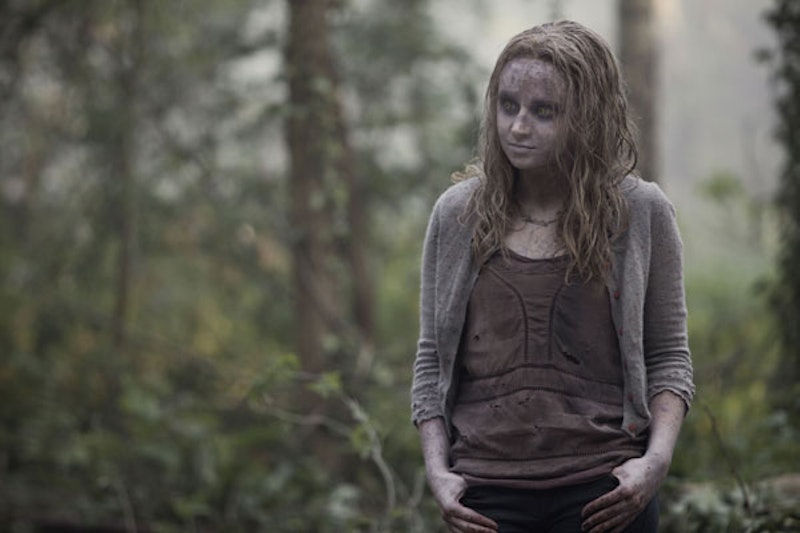 There was a moment in last week's penultimate episode of the BBC series The Fades when the lead character, Paul, realizes he might not be a good guy. The series is a noir tale of angels and demons, or ghosts rather, and Paul is the geek-boy with white wings, the chosen one of "The Angelics." The ghosts, or "Fades," are coming back to life and he has to stop them. But are the "Angelics" as angelic as they purport to be? Are the good guys always good?

The moral tension in The Fades, the latest in a string of quality teen drama series from the UK, shows how the US has been lagging in producing the same kind of quality programming for younger adults. British TV has birthed Skins, Misfits, Being Human, The Fades and irreverent comedy The Inbetweeners. All but The Fades has been optioned for a US remake, and if MTV's Skins was any indication, it's unlikely upcoming American adaptations will exceed their source material.

At a time when adult dramas in the United States are beating out the Brits in quality—we have Mad Men, they have the less-refined Hour—why hasn't our young adult programming followed suit?

British teen series are marked by their unflinching darkness and moral ambiguity, not to mention class awareness. The kids of Misfits are society's outcasts, and the show explores their efforts to become full citizens with their superpowers. Needless to say, they mess up all the time. Skins, especially its first season, is an outrageous but sincere look at how English teens feel lost, angry and sexually confused. The Fades creates a likable hero in Paul, only to question whether heroism is as simple as young people think it is. Each series features gore and explicit sex, pared with heightened emotional drama.

With Gossip Girl creator Josh Shwartz adapting Misfits for the US, it's a good time to ask what went wrong with MTV's Skins. Most of the media focused on the series' inappropriateness, but to fans of the UK version, the show was watered down. In the original, the protagonists seemed alone in the world, their parents too busy or poor to care about them. It took the premise of My So-Called Life and expanded it into a schizophrenic opera.

But of course American teens love their parents, and a gooeyness has seeped into so many our shows, from Glee and Awkward, to Greek and Teen Wolf. Teen Wolf is the darkest among them, but even it feels safe: wolf-teen Scott is fundamentally a good guy who loves his parents and wants to do the right thing. His only flaw is he's a young man with testosterone. How boring.

Of course, it's not that the British are "better." There are structural reasons why edgier, artier fare works on British television. First is its public broadcasting model, much different from the high-stakes, hyper-competitive US TV landscape, with dozens of channels competing for youthful eyeballs. And our advertising-driven system compels networks to target middle- and upper-middle-class viewers, eliminating the kind of attentiveness to class that makes a program like Misfits work.

There are demographic reasons as well. A year ago The Economist ran an article on Britain's "broken society," trying to bring facts to the perception that England's youth were failing. The magazine found most of the alarm around young people in that country was unfounded, despite some problems like rising alcohol consumption. But this was long before they started rioting, and numerous newspaper headlines started using the phrase "the kids are not alright."

That question—will this generation turn out worse than the next?—seems too dangerous for America right now, even as thousands of young people are camping outside protesting everything from income inequality to citywide curfews that target poor teens.

Until American television can trust teenagers with the same big questions and challenging plots it produces for their parents, I have little faith we can match the quality and daring of our counterparts across the Atlantic.