We Can Total Recall It for You Wholesale

Total Recall's utter awfulness is, in some ways, true to its roots. 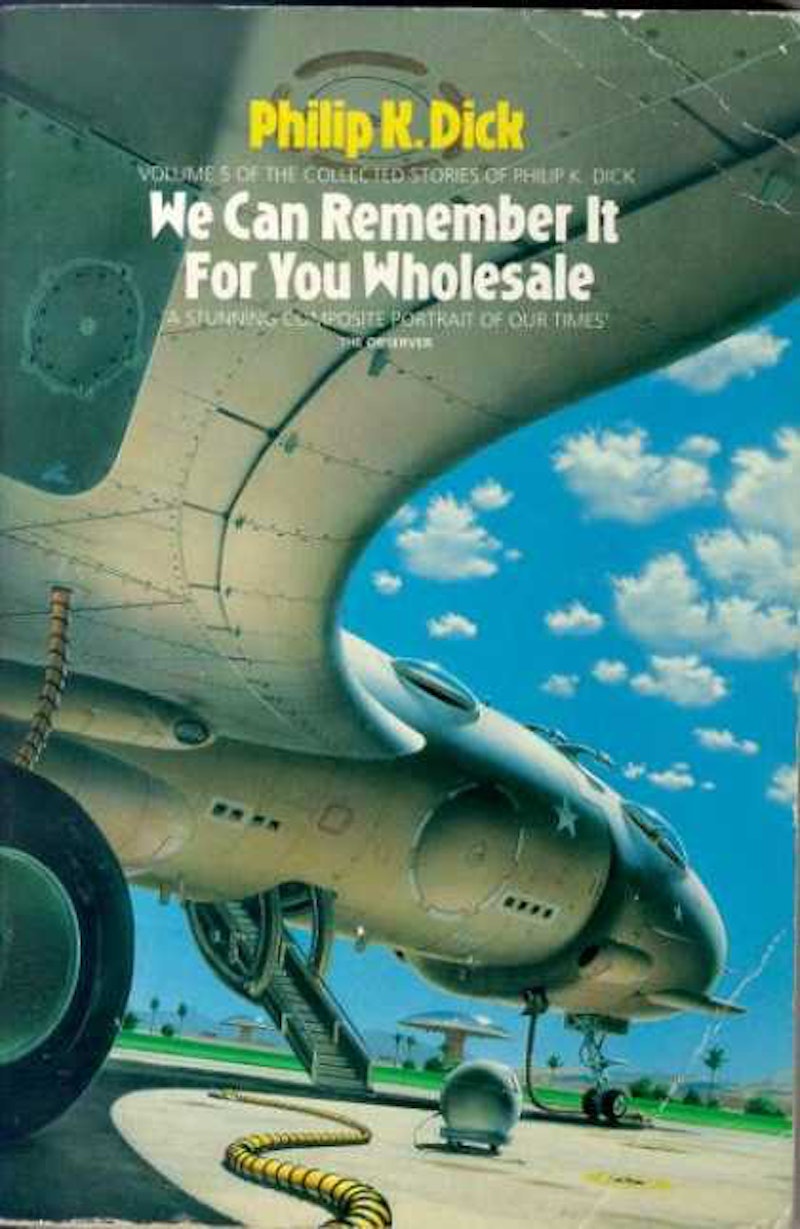 The Total Recall remake is almost Platonic in that it’s pristinely superfluous. Remakes always feel more than a little pointless, but at least when you watch something like The Thing remake, or the I Spit On Your Grave remake, you get a sense that the people making the film actually liked the original… or at least saw it. Director Len Wiseman, though, has no discernible affection for his source material, nor anything to say to it.  The film is one long, uninvolving chase sequence, through which Colin Farrell (Douglas Quaid) wanders like a mildly confused puppy; in comparison with his bland performance, Arnold Schwarzenegger in the 1990s original comes across like Laurence Olivier.  Jessica Biel (Melina) is even less involving, if such a thing is possible. Only Kate Beckinsale as Quaid's "wife" Lori makes any pretense to watchability, throwing herself into the Queen Bitch/assassin role with welcome relish.  She still doesn't have anything like the vindictive charge that Sharon Stone did in the original—but in this turkey, every flicker of adequacy counts.

What's odd is that Total Recall's utter awfulness is, in some ways, true to its roots—not the 1990 movie, but the 1966 Philip K. Dick short story "We Can Remember It For You Wholesale."  Dick's story was not awful in itself, exactly. Rather, it was meta-awful, a semi-parody, dealing explicitly with the crappiness of its own genre.

In the story, loser clerk Douglas Quaid wants to go to Mars, which is to say, he wants to be in a science-fiction story. He clings to this dream even when his wife suggests a real-life vacation. "A dream, I bet," his wife sneers at him, "you're always full of them."

Quaid is indeed full of dreams... and those dreams are all real. This is true in the narrative: when Quaid goes to Rekal, Incorporated to have memories of a Mars trip implanted, he discovers that he has in fact already been to Mars as a mind-wiped secret agent. But Quaid's vision is true more broadly as well. He imagines that he is a character in a genre narrative—and he is, in fact, a character in a genre narrative.

These are, moreover, idiotic, and are specifically referred to, and thought of within the story, as idiotic. Quaid's desire to go to Mars is presented as infantile silliness. But even worse is the end of the story, where Quaid sits for another memory implant, this one based on his deepest desires. He apparently has long had a fantasy in which, as a child, he meets an alien race which declares that its plans to destroy the earth. Quaid treats them with such kindness that they decide to wait to destroy the world until he dies. This fantasy of a pious savior is, as one character remarks, "the most grandiose fantasy I ever ran across"—a quintessence of preposterous self-centeredness.  And within the story his self-centeredness turns out to be entirely validated. Quaid really is the center of the universe; he really did meet those aliens, and when he dies, so does the world. Which, again, is not just true, but meta-true: Quaid is the main character, and Philip K. Dick built the story, and the universe, for him and around him.

"We Can Remember It For You Wholesale," then, doesn't so much reveal hidden depths as it flips open to pull the outside in. The title is a promise, not just to Quaid, but to the person flipping the pages. What it promised, specifically, is dreams, and in this case the dream that is promised is a dream of a dream. The story is a fantasy about having a fantasy, which means it's in some sense not a fantasy at all.

The 1990 movie replaced the story's recursive puzzle-box structure with camp, but the end effect is not dissimilar. Sharon Stone's performance, in particular, is a masterpiece of self-referential cheese. She plays Quaid's wife Lori as a perfect saccharine romantic glob of gush, all kittenish blonde affirmation and vacuous sex appeal—until the moment Quaid leaves for work, when her face goes blank and dull, like a performer after the camera's turned off. After Quaid discovers that Lori's a killer spy… she still keeps up the performance, assuring him that he was the best assignment ever and urging him to tie her up ("I never knew you were so kinky," Schwarzenegger deadpans.) She tells him that their whole marriage is a fake, and it takes a moment to register that she's speaking the absolute truth. The marriage isn't real; it's a staged performance—and so her artificial staginess, rather than undercutting verisimilitude, enacts it. When Stone "appears" on Mars to tell Quaid that he's in a psychotic fugue state and his whole adventure is happening in his head, she's acting the part of acting a part. The whole adventure really is in the audience's head; the performance really is a performance, and Stone's weirdly context-less over-sincerity, pleading earnestly with Quaid as if they're both on a soap opera soundstage, rather than on Mars only underlines the truth that they are, in fact, on a soundstage, not on Mars. Genre, in this case, is the lie that tells the truth; if you have a transparent trope, the transparency, at least, is solid.

"Programming an artificial memory of a trip to another planet —with or without the added fillip of being a secret agent—showed up on the firm's work-schedule with monotonous regularity… ersatz planetary travel has become our bread and butter."

The remake doesn't actually involve interplanetary travel, but the point stands. People's deepest fantasies aren't individual desires; they're repetitive genre product which can be purchased wholesale. Quaid's fantasies are the most real things about him, and they are as generically tedious as the reality from which they are a putative escape. For Philip K. Dick, or some iteration of him, we are just bad remakes of someone else's dream.