This Can’t Be Real

I guess the new series 1899 is a wild ride through time and dimension. 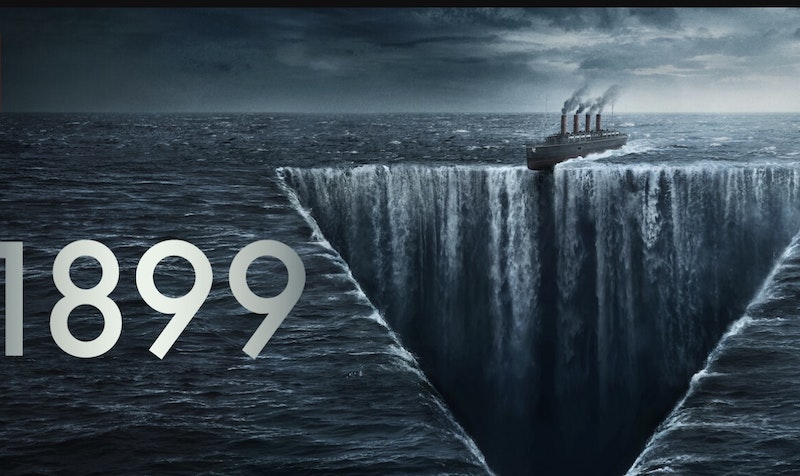 “This can’t be real." You could play a drinking game when you started watching the new 1899 series on Netflix but if people had to drink every time a character says, “This can’t be real,” everyone would be wasted in no time. It’s as though the characters are breaking the fourth wall to commiserate with the viewers and reassure them that they’re not nuts in constantly wondering what’s real, what’s not, and what in general is happening. If you need a Microsoft Excel spreadsheet, and/or burn through a dozen Number 2 pencils taking notes trying to figure out what the fuck is going on, the show might be too complicated.

1899 involves a large passenger ship reminiscent of the Titanic crossing the ocean and full of people who spend a lot of time staring at each other from uncomfortably awkward close distances. When they’re not busy staring at each other, they’re running around the ship holding overly-bright LED Target lanterns and looking for the captain because he’s rarely if ever seen performing boat captain duties. The ship encounters yet another ship after receiving a distress call, and that ship (The Prometheus) turns out to be abandoned except for one little boy who’s locked into a cabinet. Everyone tries to figure out what caused the demise of the mysterious ship.

The series quickly becomes a time-travel multi-dimensional bit of a clusterfuck if you have a hard time keeping that sort of thing straight, which I do as someone who walked out of Back to the Future asking my friends to explain how there could be two Michael J. Fox’s at once. This movie is Inception meets Truman Show meets Black Mirror meets Westworld meets Titanic. It’s melancholy and dark—there are rape scenes, mental institution flashbacks, murders and more. No one smiles—even if they did you couldn’t see them because no one ever turns the lights on. You find yourself asking what’s the point of what you’re watching, yet you’re oddly intrigued by it.

The Guardian, which minces no words in making mincemeat of a terrible cinematic effort, went full throttle and called the series “absolutely agonizing,” declaring that the “pacing is ultimately more confounding than the sci-fi.“; they were generous in giving it two stars.

The show isn’t exactly bad, the cinematography, period costuming, and some of the acting are compelling, but the writing, excruciatingly drawn-out pace with lack of action, and terrible lighting combine to make it difficult to watch.