The Quiet Beauty of Rectify 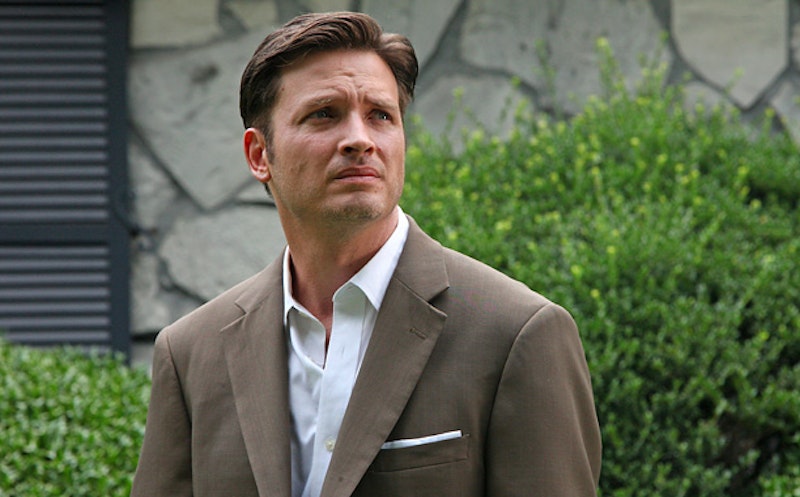 There's been some unfortunate promotion over the past few weeks for Sundance's first original drama, Rectify, which premiered its first two episodes on Monday night. "From the producers of Breaking Bad" was all I'd heard about the show before a couple of days ago, when I happened upon David Bianculli's Fresh Air review. Turns out Rectify is not Breaking Bad, in that Breaking Bad is thoroughly Vince Gilligan's show, and Gilligan has nothing at all to do with Rectify. Rather, Rectify is written and directed by Ray McKinnon, best known for his work on Deadwood and Sons of Anarchy, and despite a certain shared aesthetic, from what I've seen in the first three episodes (and what I've read about the last three), there are no explosions in Rectify, no shoot-outs or daring escapes. There are certainly no meth labs, though there may be a pork pie hat, I can't say yet.

Rectify is the story of Daniel Holden, a man released from death row after 19 years when new DNA evidence invalidates his conviction. He may not be innocent, that we don't know, but at least the crime (the rape and murder of his high school girlfriend, Hannah) didn't exactly go down the way the state's attorney said it did, though there are plenty in Daniel's small hometown of Paulie, GA who'd rather not rethink things—including his prosecutor, Roland Foulkes, who parlayed Daniel's conviction into a state senate appointment. When a TV reporter asks Hannah's mother if she still thinks Daniel is guilty she looks distraught: "Guilty? He's as guilty as there is a hell waitin' on him!" Considering the threatening texts sent to Daniel's younger half-brother, Jake, that's probably a pretty general sentiment.

If there's any resolution to this whodunit question in season one, the first few episodes certainly don't suggest it. Daniel spends his days in a sort of quiet unease. As he tells reporters after his release, after so many years he'd given up all hope: "I had convinced myself that that kind of optimism served no useful purpose in the world where I existed." So now that he's out he just sort of stands around, marvels at the sky, has a morning beer because he can, takes off his shoes and socks and lies down in the grass at the little league field. Maybe it's all a little too quiet and slow, but Aden Young plays the hell out of it, and there are scenes of really striking depth and beauty: like when Daniel tears apart a pillow in his darkened bedroom, letting the feathers fall slowly on his naked body like a gentle snow—or perhaps he's just amazed after 19 years that he can do this at all, without a wallop from a prison guard's baton. Or when he finds his old clothes and cassettes boxed up in his parent's attic, and spends an afternoon dressed up like a 90s grunge kid, listening to Nirvana and Cracker on his Walkman.

Rectify isn't for everyone, but so far it's a wonderfully well-shot, well-crafted show, with strong performances all around (Hal Holbrooke has a particularly nice turn as Daniel's original defense attorney). If nothing else, I'm glad we can count on Sundance to eschew the typical network dreck. Many have said that Rectify plays out like a typical Sundance indie film, only longer.

I'm okay with that.