Clone Wars, the new completely computer animated Star Wars installment, is a juvenile money grab designed to reel in a fresh generation of fanatics. For this reviewer the movie disrespects the legacy of the originals so blatantly that he thinks the franchise can only go up from here. Has Star Wars reached its Batman and Robin moment of embarassment? 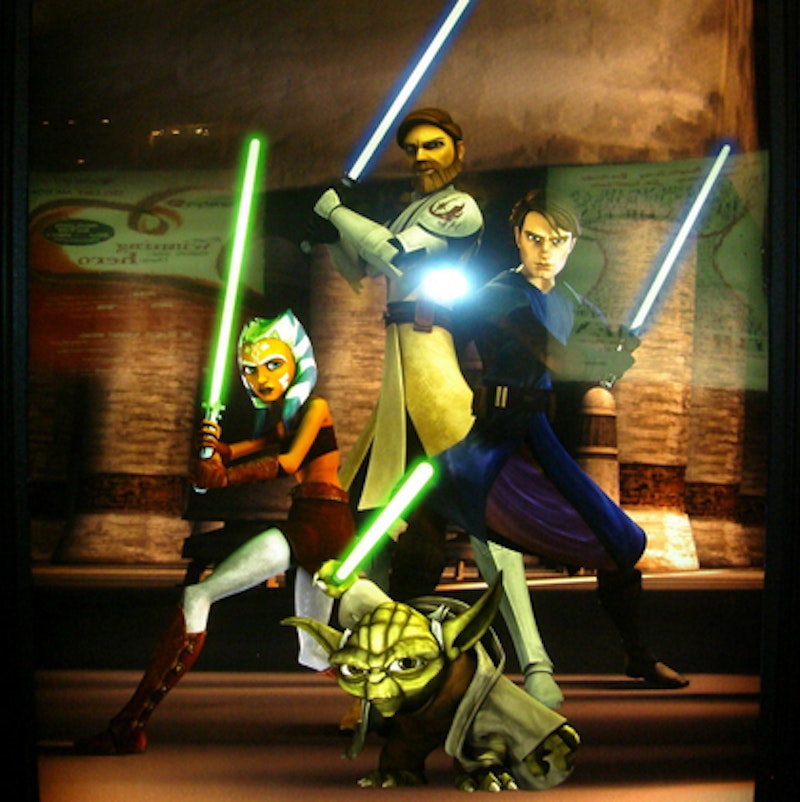 Is this a nipples-on-the-Batsuit moment?

You can’t blame George Lucas for wanting to introduce the “Star Wars” story to the next generation, but you have to wonder what he’s thinking backing an awful production like “Star Wars: The Clone Wars.” (Lucas served as the executive producer for this animated film set between episodes II and III of his prequel trilogy.) With all the immature angst, corny lines and dubious plotlines of a shoddy, Saturday morning TV show, “Clone Wars” does have one potential saving grace: This has to be rock-bottom for this once proud franchise; it can only go up from here.

That Lucas has completely lost grip of his marvelous creation is a fact no longer debatable. As bad as some of the prequel trilogy was, it did at least maintain an aura of credibility, striving to at least emulate what made the original films great. “The Clone Wars” was clearly meant to be different (even John Williams’s iconic opening score is simplified and perverted), but it certainly couldn’t have been intended to be so bad, so sickening a failure.

What Star Wars needs is a “Batman Begins”-style reboot — and fast. Only that can save the legacy of the franchise, and maybe after a film this bad, we’ll get that reboot. Here’s to hoping that “Clone Wars” will be the “Batman and Robin”-type rock-bottom for this series.