Psycho Minus the Violins

Bates Motel explores the making of the man behind the shower curtain. 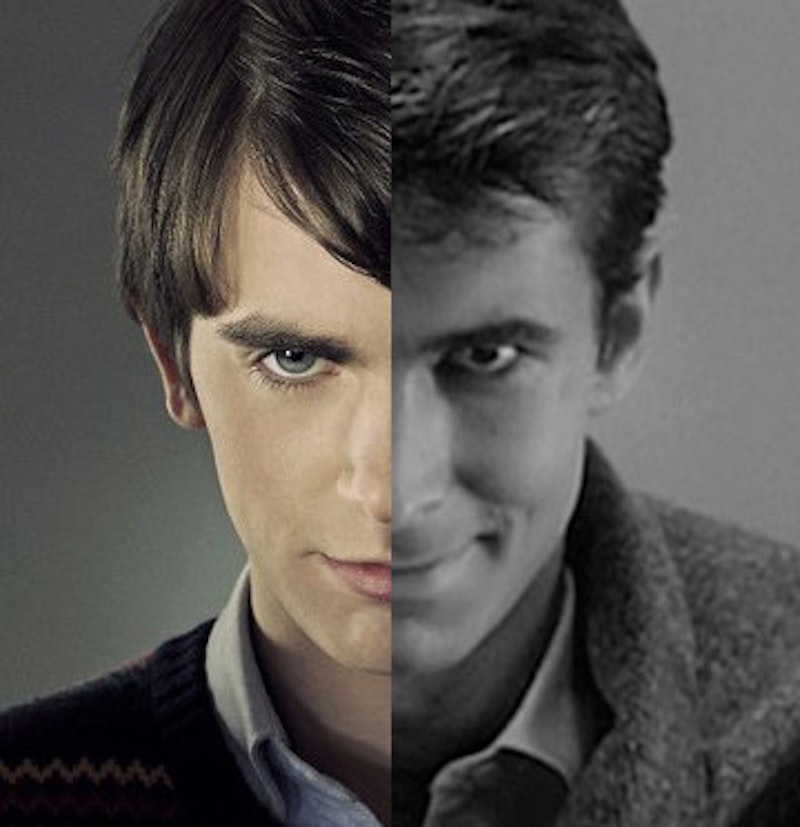 You don’t have to be a fan of the 1960 Alfred Hitchcock movie Psycho (or the original 1959 novel by Robert Bloch) to appreciate the A&E TV series Bates Motel, but it definitely helps. There are subtle references to the original inspiration for the series along the way, and it’s fun to find them, like a trail of popcorn in the woods leading us to the inevitable moment in time when the prequel story meets the well-known shower-and-violins motel murder.

The television show, which premiered last spring and has been renewed for a new season that begins airing in a few weeks, is set in Oregon (versus California) in modern day. It’s the sometimes-campy story of the infamous fictional Norman Bates character best known for murdering, stuffing/displaying, and dressing up as his mother during murders. In the series opener, we get to see Norman as a high school kid whose mother has just purchased the motel using the insurance money of her recently deceased husband, Norman’s father. Although we think we know in episode one, what happened to pop is explored with more surprising results in later episodes through flashbacks.

There is immediate unrest in the motel moving-in process. The local economy is run by marijuana mafia, the mysterious brother (Max Thieriot) of Norman shows up one day, and we explore the real and imagined early sexual interaction of Norman Bates. The series creators have taken on the daunting yet interesting storytelling challenge of creating the kid behind the monster. What leads a relatively normal teenager to grow up to be a cold-blooded, warm-water killer who hears his mother’s voice in his head and makes a taxidermy project out of her corpse?

Up to the task of the complex role of Norman’s mother is actress Vera Farmiga. She strikes a balance between an almost too-perfect apron-wearing stay-at-motel mom and a slightly deranged sociopath. When attacked and raped, she stabs the perp a few dozen times and has Norman help her throw him in the lake. Ditto the dichotomy of abused woman versus badass vigilante justice practitioner that seems to come her way repeatedly—she makes both believable. She ends up in a highly dysfunctional relationship with the local deputy sheriff, and shows signs of not liking Norman dating, feeling she’d like to be the one to decide which girl (fabulous actress Olivia Cooke) she’d like him to spend time with by hiring her to work at the motel.

Norman Bates is played by 22-year-old British actor Freddie Highmore, a close friend of Daniel Radcliffe. In fact, Highmore’s mother is Radcliffe’s agent—it’s a small British Hollywood. He’s perfect in the role; a blend of innocent and impressionable with just a hint of creepy and potentially… well, psycho, more so as the season goes on, and I can’t wait to see how his character is developed in the second season. His physicality reminds me of original Bates actor Anthony Perkins; it’s clear he made a study of the original film. In a few scenes, the resemblance from a distance is striking. He portrays the increasingly complicated relationship with his mother with nuance and subtle emotion. At the same time we sympathize with him, we wonder what he’s capable of. Although, technically, we already know.