Our Information Is Not Ours, It's Theirs 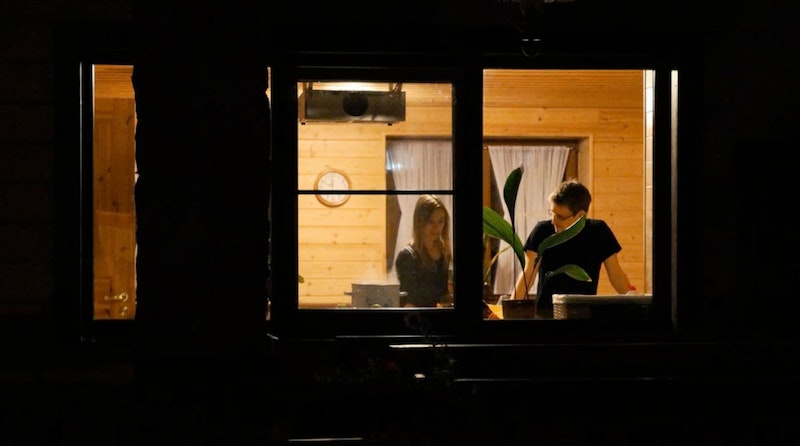 What does Edward Snowden mean to you? Snowden’s name is beguiling. The wintry moniker evokes cozy mornings. Being “snowed in,” with some hot chocolate. The imagery of a solitary figure near the fire, isolated from the masses. I suppose it’s fitting that he’s forced to live as an exile in Russia, probably “snowed in,” during blizzard season. The now 31-year-old former National Security Agency (NSA) contractor leaked classified government documents regarding global surveillance. The story of Snowden as global messenger unveiling a dystopian reality is the focus of Citizenfour, the current documentary by director Laura Poitras. The film spotlights the 11 days Snowden, journalist Glenn Greenwald and Poitras spent in a Hong Kong hotel room during June of 2013. The result is alternately mesmerizing in its suspense and illuminating in its simplicity.

The film captures Snowden as a calm, eloquent and reasonable young man. Deeply disturbed by what he discovers in his job as an NSA contractor, Snowden is determined to spread the knowledge to a global citizenry, by way of respected journalists. Amazingly, Snowden betrays almost no alarm. His anxiety over the scope of what he’s taken on is hidden behind his neat rectangular glasses. Stubble frames his somewhat angular face. Red marks show acne scars. Though we don’t discover all that much in the way of background information (his father was in the military; he was born in North Carolina but grew up in Fort Meade, Maryland, between Baltimore and D.C.), we learn about Snowden by watching him respond to the questions of Greenwald and Poitras. We learn about his relationship with his girlfriend by hearing him explain that his bank account has been frozen and their rent checks are no longer going through. We learn that he left when she was on vacation, telling her nothing so as not to implicate her. These mundane details carry the weight of the world, as we await the broadcasting.

As viewers, we know how the story goes, but the film is all the more affecting because we see how it all went down. We learn that he’s able to sleep despite the almost certain paranoia he felt in the days leading up to Greenwald’s publishing the first documents. Greenwald, on the other hand, admits to getting “about two hours” of shut-eye during the nights in between their meetings. When we see Snowden, we don’t see a caricature. We see a deliberate and careful man who can’t seem to get his hair to lay flat on the back of his head despite the gel he applies. Most of the time, we see him sitting in the hotel bed, with a laptop in front of him. In other words, Snowden appears like many young American men with serious computer skills.

Some have criticized the film as portraying Snowden as unambiguously heroic. However, as a film itself, Snowden is an unassuming hero. Citizenfour is a meditation on the increasingly ubiquitous and uncomfortable feeling that our information is not ours, but theirs. That we are all potential suspects. That the less we know, the better off we’ll be.

It goes beyond privacy and national security. It goes beyond sitting in a theater and imagining endless lists of names. It goes beyond the Red Scare of the 1950s. It goes beyond the voiced and the voiceless. It just keeps going. Zooming out into blankness. The void of uncertainty. The lack of control. The reality may not be as bleak as that. Imagining the unimaginable makes us uneasy. What are we supposed to do with this information? It’s why there are still people that deny the Holocaust. It’s why there are people that think racism, in all its modern forms, is over with. It’s why Bill Cosby’s reputation was pristine for so many decades.