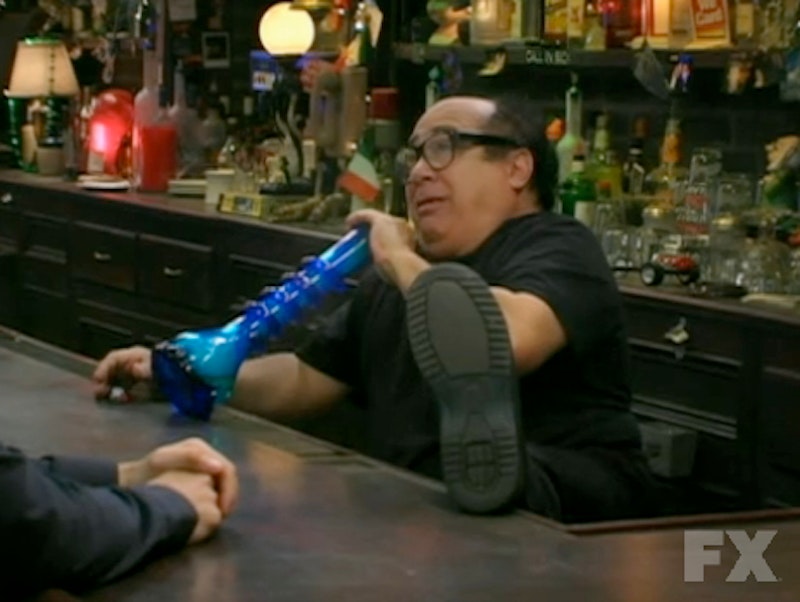 After reading, editing and rereading Aymar Jean Christian’s excellent round-up, I’m compelled to chime in with some of my own thoughts regarding some of the tried and true—as well as burgeoning—formulas that dominate our comedy shows.
Specifically, I want to focus on Community, Modern Family, Parks and Recreation, It's Always Sunny in Philadelphia and 30 Rock. I consider these shows to be the cream of the funny crop, and they all incorporate, to one degree or another, some cinéma verite.

They're all crafted in 22-minute bursts of one-liners and tactful character development, capitalizing on sketch comedy (30 Rock), coarse reality (It's Always Sunny) and professional slapstick (Parks and Recreation). An important overlap is their use of established actors—from film or television or both—in supporting roles to offset the unfamiliar strengths of newer actors. Alec Baldwin's Jack Donoughy on 30 Rock is the best supporting male role in television right now; Chevy Chase is in the middle of an apotheosis of dumb-and-old-and-hilarious in Community (plus he's paired brilliantly with The Soup's Joel McHale); Danny DeVito lets it all hang out, over and over again, in It's Always Sunny; Ed O'Neil is a flawless bumbling homophobe of a patriarch in Modern Family.

In a sense it's as if the 22-minute sitcom has become Off Broadway: a place for the lions and half-lions of television and film to quietly start afresh. My list of shows is almost decadent in its acting—especially 30 Rock which, ludicrously well funded, is able to score pretty much any cameo it wants, whether it’s Brian Williams or Steve Martin.

These shows are, obviously, in the debt and long shadow of both iterations of The Office, but also owe a lot of their surreal prosaic-ness to Monte Python's Flying Circus, Seinfeld and Curb Your Enthusiasm, among others. Boiled down, they're fictional reality shows; it's as if they claim, collectively, that the "reality television" that purports to be "reality television" is anything but, so why not clean up the rough edges and bring on some celebrities? The shaky handheld camera shots are seamlessly interspersed with professional set-ups, and the trope of the "confessional"—wherein characters talk straight into the camera as if they're answering an off-camera question—is straight out of The Real World and Road Rules of yore. Modern Family does this particularly well; it's a technique that easily patches over thin plotlines. Parks and Recreation is, perhaps, most indebted to The Office since they're both set in hopelessly banal professional environments and sport awkwardly beautiful love interests. But Parks and Recreation takes the template set by The Office a half-step farther. Nick Offerman's Ron Swanson is all over the I-hate-my-job-and-drink-heavily boss type. His humor is the opposite of the haplessly optimistic Steve Carrell and, more importantly, the show's writers are not afraid of letting Ron be unironically gentle. It's slightly unnerving, but only enhances the fleeting notion of reality.

By happenstance, I found an unlikely manifesto for these shows; it came to me in the form of an Atlantic article by Isaac Chotiner. The piece is a rumination on the prolific—and inarguably the most ubiquitous—sports writer alive today, Bill Simmons, "The Sports Guy." Chotiner goes on at length to describe the progression from Keith Olbermann's ESPN days—dry, detached, ironic commentary—to the present, with Simmons' unapologetic subjectivity. The author digs up this nugget from a book by Olbermann, written in the 90s, concerning the sportscaster profession:

Another part of the attitude adjustment may come as a shock. Do not take sports seriously. Take your work seriously: Be dedicated to it, know everything you need to know about it, enjoy it, remember that the viewer or listener may be fanatical about it—but maintain a healthy distance from it. The moment you think that a sports team or league or player is actually important, you become a servant of the “sports media complex” whose only purpose is to separate people from their money. Your dedication has to be to your viewer or listener, to the truth, and, lastly, and only to the degree that it does not conflict with your ethics, to the success of your employer.

These cinéma vérité sitcoms don't take themselves seriously. That seems like an obvious statement, but they do so in a way that demands the viewer not take them seriously, either. It seems silly to say, "ZOMG 30 Rock is the best fucking show on TV!!!" because, honestly, what is 30 Rock? A bunch of sketches banded together with little to no important recurring plotlines. It exists as ephemeral mirth, here today, gone tomorrow, back next week—something akin to deep-fried air: you're only eating it for that deep-fried taste, like someone who eats the skin off the fried chicken before getting to the rest, if at tall.

And it's glorious. Like, duck fat french fries glorious.