Nothing But the Hits

To Rome With Love is the same old Woody Allen. And that's just fine. 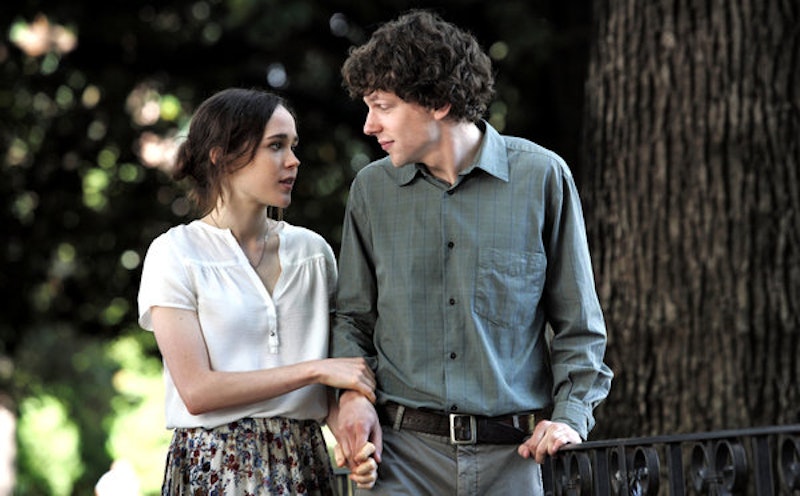 At least Woody Allen knows it’s time for the greatest hits. Content with the overwhelming praise and commercial success of last year’s wonderful Midnight in Paris (his biggest box office hit yet), Allen isn’t interested in chasing the hype or a late life renaissance. He’s going to make whatever movie he wants, and fuck you for asking! To Rome With Love is nothing new. Anyone that’s seen a Woody Allen movie, whether it’s Midnight in Paris, Annie Hall, Bananas, Manhattan Murder Mystery, Hollywood Ending, or Curse of the Jade Scorpion, will know this movie inside and out before it even starts. At this point, that’s okay. We’re just glad he’s still around and working. Even the title cards in Windsor feel comfy rather than staid, and the characters’ awkwardness (especially the younger cast—Ellen Page, Jesse Eisenberg, Greta Gerwig, Alison Pill) is endearing rather than distracting. Allen could’ve retired 20 years ago and proven a lot of drones right, that he was spent, but he’ll be making a movie a year until he croaks. That’s noble.

The movie bitterness here too is towards young people and new media: Roberto Benigni’s vignette mocks cable news and reality TV, where everything is “BREAKING NEWS” and people become famous for nothing (Benigni’s frumpy bureaucrat becomes vaunted by the paparazzi overnight, getting chased down for his breakfast choices and opinions on the weather like a Snooki or Kardashian). The edge is dulled by formula and a passive, airy tone, but it’s refreshing to see an old director still work with a little bit of resentment and disgust towards a culture that largely disregarded him decades ago. The story isn’t more than a passive-aggressive jab amongst the other whimsical, anachronistic threads, but any cultural reference post-1950 is nonetheless surprising. Allen’s archetypal neurotic freak is back for the first time since 2006, and every bit we get is glorious, but he’s clearly put off by playing grandpa figures, and cedes the screen to his younger stand-ins.

Even if certain scenes drag and jokes fall flat (an opera singer who can only sing and perform on stage in a shower), and these people talk like they’re constantly dictating postcards, there’s an endearing charm to Allen’s disregard for what people think of his work, if he’s repeating himself or he’s boring. He doesn’t even like his own movies, and hates the title To Rome With Love. So why bother, if the director himself knows his best work is behind him, or never even was? Because Woody Allen is a lifer, pop culture fixation, and an important American artist. For fans of his work, nothing will ever be enough, because any bit of his essence, anything that comes from him, will be interesting, and his pictures will continue to break even. Fassbinder compared building a filmography to building a house, with each film a different component: the basement, the windows, the bathroom tiles. Woody Allen is changing the drapes at this point, but at least he’s around to fuss about it.