More than 20 years later, The Simpsons is still a classic

Not like that Hammerman show... [Insert Sideshow Bob rake-to-the-face groan]. 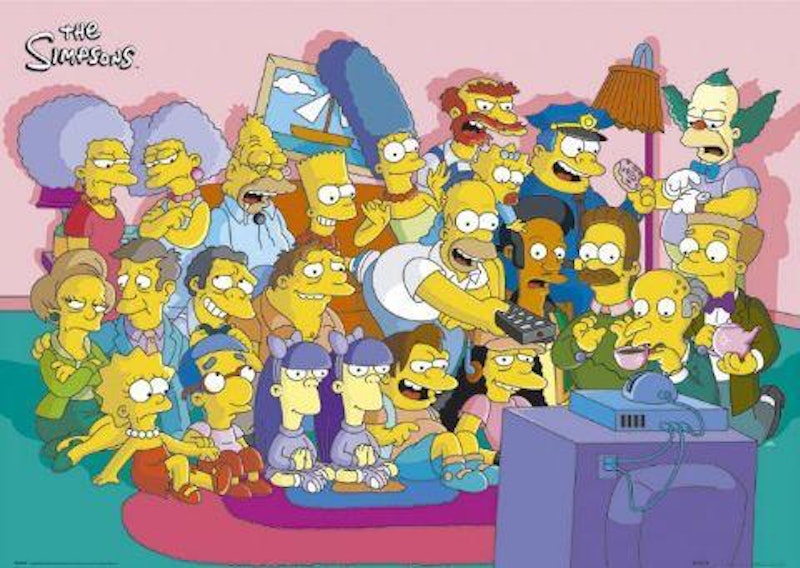 Recently I’ve been revisiting a television series that was a staple of my childhood and a very important part of my life: The Simpsons. Having seen every pre-2003 episode at least three times, my interest waned, and before last week I hadn’t watched the show in several years. Upon viewing a smattering of selections from seasons three through seven, I’ve rediscovered the show and what made me such a rabid fan more than a decade ago.

I first saw The Simpsons circa 1998, right around when most purists would say the show’s gradual downward slope in quality began. As a kid who was obsessed with cartoons and cursing, The Simpsons was a revelation. To think that an animated series could be so ribald and adult was shocking to me. I was a massive fan almost instantly, watching episodes in syndication every weekday and new ones every Sunday, collecting toys, shirts, and other merchandise, and searching for information regarding the show on the Internet. South Park would later satisfy my fascination with blue humor to an even greater degree, but that show lacked the warmth and the sincerity of The Simpsons at its best.

What separates The Simpsons from the rest of television is the mix of a fatalistic comedic sensibility and its very true commentary on the human condition. Although the show has always contained plenty of slapstick and silliness, ultimately each episode is imbued with something very real and true, whether it’s Homer’s decision to keep a job he hates for his infant daughter Maggie in “And Maggie Makes Three,” Bart experiencing the shallowness and fickleness of fame and popularity in “Bart Gets Famous,” or how Lisa decides to stop eating meat in “Lisa the Vegetarian.” The Simpsons has always been more than just a cartoon, and that’s what puts a notch ahead of its closest analogues South Park and Family Guy: both too crude and cynical to ever convey emotion like “Mother Simpson” or “Lisa on Ice.”

What struck me last week is how funny The Simpsons still is and, at the same time, not at all dated. Other television contemporaries like Seinfeld and Dr. Katz are now quaint by their sheer 90s aesthetic, and South Park’s reliance on current events makes it even less timeless. But The Simpsons is focused on themes that will never die: family, honor, loyalty, and guilt…the list goes on. No other series has so artfully combined comedy that sugarcoats nothing and serious emotional weight. Most importantly though, the show is still just as funny as it was when I first saw it as a tot. And though its quality has since dipped, what can you expect from a show that’s been running for 20-plus years? Regardless of the show’s post-shark-jumping output, those first seven seasons will always entertain.