Malcolm in the Middle

Malcolm and Marie is a gorgeous film, even if its COVID era production circumstances are obvious. B+ 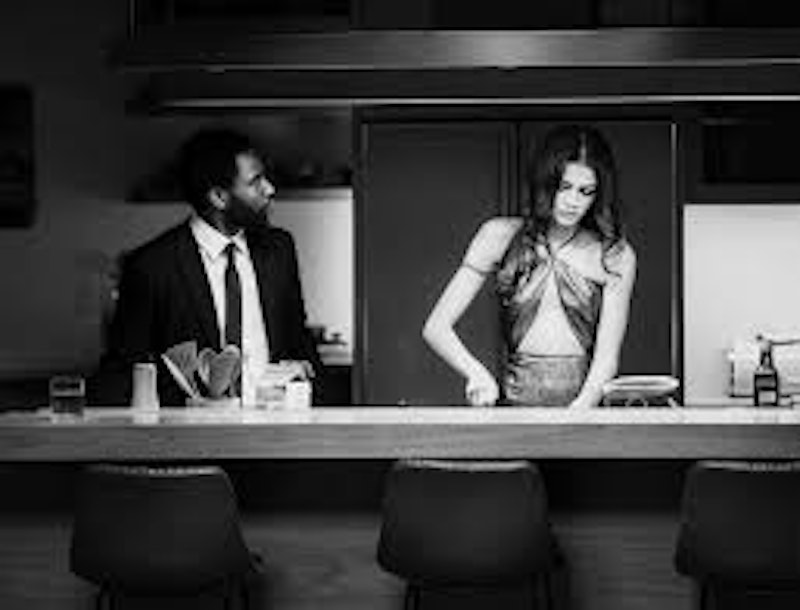 Give Malcolm and Marie this: most movies and TV shows produced during the dead of the pandemic didn't make aesthetic excellence a priority. Most of them concentrated more on coordinating the Zoom calls or ensuring the integrity of on-set health protocols. One film that debuted at Sundance last week, How It Ends, made it obvious that the actors were sitting very far apart in every scene.

Malcolm and Marie, however, is a gorgeous film, shot in black and white, featuring a pair of gorgeous people traversing the many rooms of a gorgeous house. The film, shot with a skeleton crew last fall, and finished in time for an Oscar campaign, debuts on Netflix Friday, with a theatrical bow set for the same day.

Directed by Sam Levinson, best known as the creator of the TV show Euphoria, the film depicts a long night in the life of a dysfunctional couple, repeatedly toggling back and forth between loving and fighting. The couple is played by John David Washington, best known for BlacKKKlansman and Tenet, and Zendaya, who stars on Euphoria. He's a young hotshot director, while she's his girlfriend, an ex-addict and sometime aspiring actress.

As the movie begins, the couple’s returning from the premiere of Malcolm's latest movie, a tragic tale of addiction that bears a resemblance to Marie's own backstory. There's also the thorny matter that Malcolm forgot to thank his girlfriend from the stage, something that had been remarked upon by everyone who saw them for the rest of the night. As intense arguments between couples tend to go, it sprawls off in many directions. They argue about the casting for the movie, Malcolm's interactions with other people, and much more; by the end they're arguing about their arguments from an hour earlier. At least they look good doing it, in a house—which is supposed to be a rental in Malibu but is actually in Carmel—that's practically the movie's third character.

In the film's most remembered scene, Washington reads aloud through an early review of his new movie, written by a critic described only as "the white lady from the L.A. Times," and refutes numerous errors and assertions. This, even though the review was itself a rave, one that called his film a "masterwork."

This scene, and other parts in which Malcolm complains about the demands made about representation and filmmakers, can be read one of two ways—either as the sincere beliefs of Levinson, or as a parody of celebrity navel-gazing. I gather that this rage is directed at a specific critic, for that very newspaper, who had trashed a previous film of Levinson's.

Washington gives another dynamite turn, while Zendaya does fine work as a character who seems at first like a very different type than her Euphoria character—especially when it comes to wardrobe—but ends up having more similarities than you'd think.

Malcolm and Marie isn’t the best film Levinson has directed during the pandemic. It's not even the best film he's directed that's a two-hander starring Zendaya and one other person having intense and teary discussions about drug addiction. That was the first of two special episodes of Euphoria, the one that aired around Christmas, which featured Zendaya's Rue character in a diner with her sponsor (Colman Domingo.) It the best episode in the history of that show, and marked a radical departure from that show's normally kinetic, fast-paced, and colorful visual style.

Malcolm and Marie is another big departure, missing both the rapid camera movements and the colors associated with Levinson's work, both on Euphoria and his similarly styled 2018 film Assassination Nation.