It's No Judd Apatow 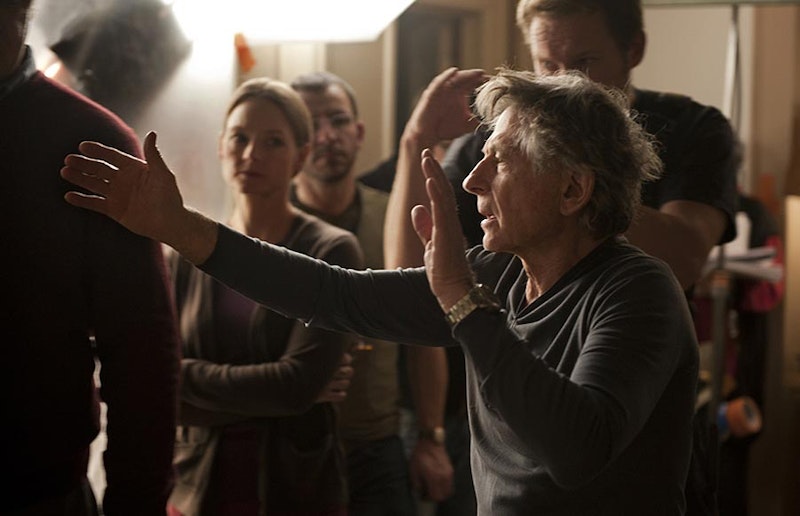 Roman Polanski’s Carnage is the funniest movie released 2011. Oversaturated as we are with baggy stoner bro adventures and threadbare romcoms, this brisk comedy of bad manners is refreshingly lean and sharp. Ethan, son of Jodie Foster and John C. Reilly, gets two of his teeth knocked out with a switch by Zachary, progeny of corporate lawyers Kate Winslet and Christoph Waltz, and the parents get together to sort it all out. A veneer of liberal politeness coats the proceedings at first, until the passive aggression morphs into an unrestrained mess.

Foster is an overprotective bleeding-heart shrew who goes on and on about Darfur but scolds her cleaning lady for putting warm Cokes in the pantry. Her boorish husband, played by Reilly, is a simpleton, only mildly concerned about his son getting into tiffs (he lets it slip that he was in a street gang as a boy. This is one of the first things that chips away at Foster’s plastic politeness and shows her shrill hysteria). Waltz and Winslet just want to get the dumb pow-wow over with—they’ve got money to make. Their son is a maniac; they said it themselves. Boys will be boys. But the shrew insists, “If Zachary takes away nothing constructive and valuable from this…” Foster’s go-for-broke performance so perfectly captures how irritatingly self-righteous and hypocritical her type—entitled upper middle class cultural elitists—can be. She’s what drives this film. And naturally, their apartment is in Brooklyn.

Winslet and Waltz are a wonderful foil, playing total hands-off parents who’ve long given up on their son’s violent streak. No hugs for Zachary, but I ended up rooting for his parents just to see Foster have another aneurysm. Her insistence on a formal apology, the endless bromides on “growth,” “communication,” “construction,” “a path to resolution,” and the shameless materialism that undermines her whole thing… it’s enough to make you sick, and the stilted politeness she and Reilly force early on is physically uncomfortable to sit through. It’s not until Waltz’s constant BlackBerry use becomes too much and Winslet’s surprise upchuck onto an out-of-print coffee table book that Foster’s thread comes undone. By the way, this could have one of the best barf scenes in recent memory. Not only does it look real, the way everyone handles it—panicked rush for towels, soap, gloves, and a bucket too late—and Winslet’s mortified, resigned reaction is about as convincing as it gets.

Carnage is adapted from the Yasmina Reza play, and packs a concise punch in a little under 80 minutes. There’s no disguising this is a filmed play—why else would these people spend more than five minutes together? But the format doesn’t feel staid or stuffy like so many theatrical to film translations. The dialogue is on point and usually hilarious, unlike most of the meandering improv workshops popularized by Judd Apatow and Seth Rogen. That stuff just feels so anodyne compared to this. Carnage is not Who’s Afraid of Virginia Woolf?, but it pulls off being funny and actually meaning something.