The Last Film Show is a fine Indian entry into the now popular "love letter to cinema" genre. 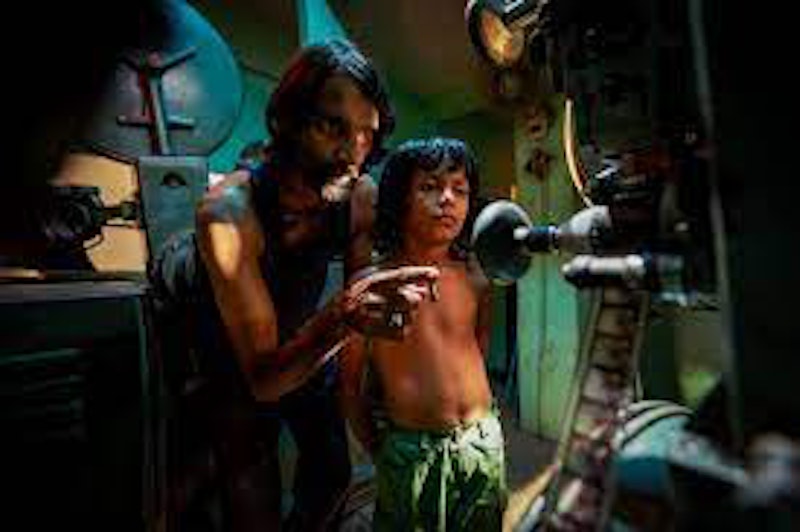 So many films this season have been pitched as "love letters to cinema," autobiographical to some degree on the part of the filmmaker, that it's become a cliche. There's The Fabelmans, Empire of Light, and Babylon, which plays like a hate letter to cinema for much of its running time before suddenly turning back into a love letter at the end.

From India comes yet another, Last Film Show. The film, directed by Pan Nalin, tells the story of a poor nine-year-old boy in a rural part of India who becomes obsessed with film. It has more than a little in common with The Fabelmans—although both are cribbing from Cinema Paradiso—with both films having the cinematic potential of trains forming a key part of the protagonist’s cinematic education. Last Film Show overcomes its association with this subgenre, and its inherent corniness, by getting creative with the premiere.

Samay (Bhavin Rabari) comes from a family that forbids trips to the movies, with the exception of religious pictures. But when they take him to one such movie, hours from home, he's a convert, except to the religion of film. He leaves home and begins sneaking every day into an old movie house, by bribing the projectionist, Fazal (Bhavesh Shrimali) with his mother’s food in exchange for a chance to watch, and soon develops an ambition to make movies himself. He and his friends get together to try to figure out how to project movies themselves, using a DIY setup.

The film’s set in 2010, which lines up with the director’s own experiences. But it’s significant for separate reasons that soon become apparent—as is the word "film": it was about at the time, in India, that traditional film projection was phased out in favor of digital cinema projection. The projector laments that because he can't read English, there's no way he'll be able to run the new system.

It doesn’t have much in common with The Last Picture Show, despite the similar English titles (it was released in some markets under the title Chhello Show). Another film from India, RRR, was a phenomenon in the States this year, but it's Last Film Show that’s India's entry for the Best Foreign Language Film Oscar; it was named last week to the shortlist.

Last Film Show was shot in early-2020, right before the pandemic. It had a long festival run—its world premiere at the Tribeca Festival in the summer of 2021—before finally getting a theatrical and VOD release in December. It’s the only movie this season that's about a kid figuring out that he loves movies and wants to make them, but it may be the most likely one to win an Oscar.