Glee, I love you, but you need to stop

The one big issue in Fox’s hit show. 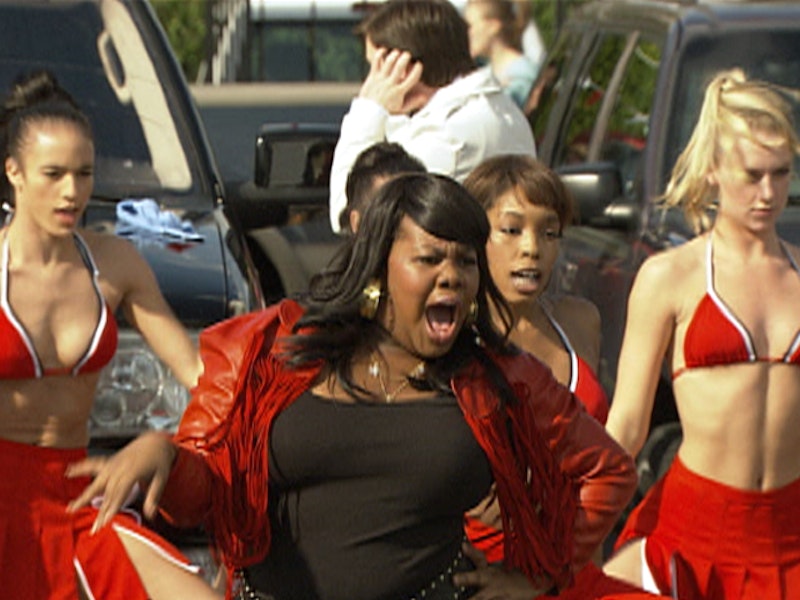 If there’s one lesson you can take away from FOX’s hit show Glee, it’s that being yourself is the only way to be, even if it’s difficult.

For those who have avoided this sugary-sweet weekly high school musical romp, Glee is about an enthusiastic Spanish teacher with a song in his heart—and a drive to share that musical passion with a group of misfit students in the form of a glee club.

What I’ve loved most about this show is how honest it’s always felt. This is not a fantasy where losers win over their judgmental classmates with the power of song—these kids get slammed into lockers and have slushies thrown into their faces because they’re uncool.

Now, while the school is no utopia, especially for the humiliated “Gleeks,” it’s far from reality. At McKinley High School, there is no racism; all colors mix together to create beautiful harmony, literally. There is no mocking of those physically challenged. The kid in the wheelchair is treated the same as everyone else, even if it means getting thrown in a dumpster with the other “losers.” In fact, the girl with Down syndrome became a cheerleader in a direct move to show she could function as part of a team—and by the malicious Sue Sylvester, the nemesis of the Glee club heroes, no less.

These are not in-your-face points, they’re simply part of the Glee-universe: It doesn’t matter what you look like, but if you’re not popular, you’re going to be humiliated.

There’s something refreshing in this idea. I don’t need a real representation of high school, where kids are vicious because of things you can’t control, like the color of your skin. I love that Glee focuses on one issue; if you do what you like, and it’s unpopular, you’re going to be tormented, but you’ll be better off in the long run. That’s it, and that’s enough.

As The Buffalo News noted: “ 'Glee’ is more than just a high school musical with romantic and comic overtones. It’s a series loaded with life lessons about the importance of self-respect, self-confidence, treating women with respect, making difficult choices and accepting people for who they are.”

So why is it not enough for Kurt Hummel, the boyish dancing (even while playing football) soprano played by Chris Colfer, to be accepted as simply a student? Why must he always be a gay student?

Glee has Kurt painfully defined as the “stereotypical gay man” in every scene, whether it’s being paired up with the girls instead of the guys or talking about color pallets for his room. While other characters get to face typical teen problems like dating, family problems and sex, Kurt’s problems all focus around his homosexuality. Yes, Kurt still deals with those same issues, but only as they orbit around the giant character trait of, “I’m gay, I’m in high school, and everyone hates me.”

And yet, Kurt has no control over his sexuality, and therefore, no control over his popularity (since being gay makes him different, and being different is the road to Loserdom). Throughout the episode, he is picked on by two thuggish football players who show their dislike of Kurt’s “differences” with their fists. Kurt hopes to find sanctuary at home, especially because the object of his desire, fellow Glee club member Finn (Cory Monteith), is moving in. Finn’s mother is dating Kurt’s dad, and Finn is not happy about it—especially when he finds he has to share a room that Kurt.

Finally, in an act of high school juvenile freak-out, Finn tells Kurt everything that’s wrong with the room, finally dropping the “f-word” as Finn tells Kurt he hates his “faggy lamp.” Here the Hallmark moment begins, when Kurt’s father, a former jock still coming to terms with his heterosexually challenged son, barrels down the stairs to berate Finn for his choice in vocabulary.

“You use the N-Word? How about retard? You call that nice girl on Cheerios with Kurt, you call her a retard?” Kurt’s father demands of Finn.

“Becky? No, she’s my friend, she’s got Down syndrome, that’s cruel,” he stammers out.

In reality, if Finn has no problem use “fag,” he has no problem using “retard,” because that’s what high school kids do. They don’t think about what they say, especially when they’re angry, they just stupidly push forward. Here though, in the glossy-colored representation of high school life, no one talks like that—that is, I thought they didn’t until this episode. For some reason, Glee now thinks it’s okay to pick and choose what issues to address, as if one is more important than the other.

“What, you think I didn’t use that word when I was your age? … We meant it, exactly the way you meant it. That being gay is wrong, like it’s some kind of punishable offense,” Kurt’s father said to Finn, before throwing him out of the house. “I thought that you were some new generation of dude who say things different, who came into the world knowing … I guess I was wrong.”

"The 'f word' scene between Finn and Kurt was the sort of thing that could have come across very ham-handed and Very Special Episode-like, particularly with Burt Hummel's speech. But it ended up moving and believable, particularly, I think, because the show has already established Burt as a good guy who nonetheless has had to work to overcome his own homophobia,” according to TIME.

Kurt’s father is a fantastic character, because he’s got layers. We watch him desperately struggle as a father trying to break though his prejudices and accept his son for who he is. So why does Glee think that we can’t accept Kurt as a gay man unless he’s piled on with ridiculous stereotypes? It’s insulting to me as a viewer.

In this way, Glee has made it seem like homophobia is a lighthearted issue. The show doesn’t address racisms or the mocking of disabilities because those are serious issues for “serious shows,” but when it’s a silly candy-colored program about kids who sing, and then they throw around “fag” to make a stronger point.

As a dedicated LGBT supporter and ally, I’m thrilled this issue is being addressed on national television, but I’m worried it’s doing more harm than good. In the first couple episodes, Kurt was a strong but conflicted character, but every episode since, he has become more and more of a one-level stereotype. Glee could be doing more good by showing this kid is just like any other kid. If this was the case, we actually could respect Kurt instead of pitying him, which is how his character always seems to come off. I’m not sure if there’s a more kicked-puppy-dog character currently on television than Kurt Hummel.

You can follow all of Alex Shebar’s pop-culture tweets on Twitter here or check out his website where he is  watching all of the AFI’s Top 100 Films in one year.