There's a lot to like about mumblecore, except that its depiction of today's 20-somethings couldn't be more wrong. 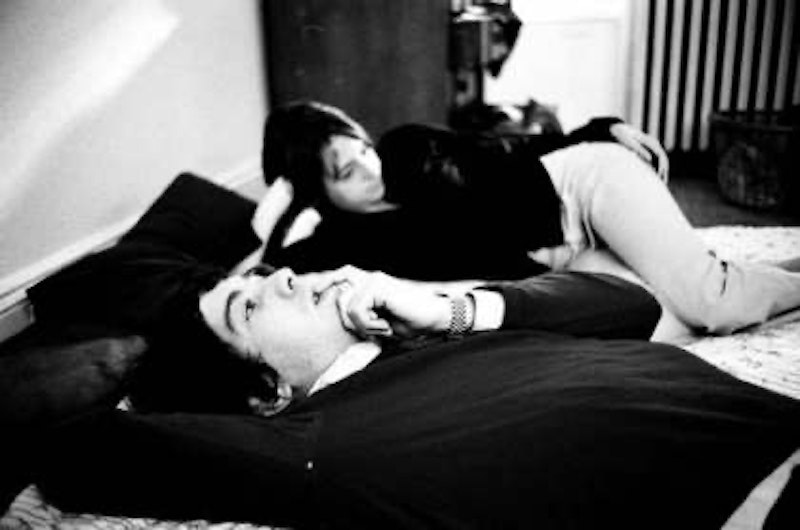 Youth, wasted on the fictitious young. A still from Andrew Bujalski's Mutual Appreciation.

If you've never thrown a small object at a movie screen, perhaps you should watch Funny Ha Ha. No offense to Andrew Bujalski, the film's director, who managed to do something fresh with film and whose talent I don’t doubt, but as a movie written, directed and starring twentysomethings living in the digital age, Funny Ha Ha paints a pretty bleak picture of my generation. Restless, meandering, inarticulate, emotionally stunted and utterly unprepared for the real world. We are a well-meaning bunch, but we can't quite articulate what we mean, Bujalski suggests.

Why do I care about a tiny indie film few people have ever seen? Because the critical establishment—old people—seems to think this is an accurate portrait of my generation. A small bunch of films have followed in Funny Ha Ha's footsteps, in a genre often called "mumblecore"—after each character's general inability to communicate—or "Slackavetes" (after John Cassavetes) or "bedhead cinema." The genre's directors—Ry Russo-Young, the Duplass Brothers, Joe Swanberg, Aaron Katz, among a few others—paint similar portraits of an ineffective, urban, over-educated youth who don't know who the hell they are and have little idea where they are headed. They are the arty cousins to the stoner films of Judd Apatow.

I like Apatow. And I admire a lot about mumblecore. Stylistically direct and clean, emotionally sincere, the films are a powerful antidote to the Hollywood machine, as most realist films are.

There's one problem: we are not a generation of slackers!

We're hustlers: eager and willing to do anything to get ahead, desperate for self-publicity, optimistic about the prospect for change, worldly, forthright, and well-equipped with enough episodes of Tyra and other pop culture psychology to know how to run our lives. Maybe Bujalski is a slacker—but probably not, since at 30 he has directed two major feature films and acted in several others.

The older generation is taking notice. "Today's whippersnappers—they all take their cue from Monica Lewinsky, who had regular sit-downs with Vernon Jordan to discuss her career trajectory—are the most careerist, focused and entitled generation in the history of the planet," Barney's fashion guru and pop culture opinionista Simon Doonan wrote in the New York Observer in 2007. "Why can't young adults just be the big, fat, freewheeling losers that people in their 20's are meant to be?"

We are not the baby boomers. We are their children—Chelsea Clinton spring to mind. Have you ever seen someone in their 20s more mature and together than Chelsea Clinton? I can imagine her rolling her eyes at her less-than-perfect parents: "Ugh, you guys are so immature." Our parents told us we could be anything we want to be. It was a lie, but it motivated us nonetheless.

Among my friends I can count a successful investment banker with more in savings than my parents, an aspiring comedienne who produces her own stand-up shows, a playwright who co-runs a theatre production company, an architect working in downtown Manhattan, a director working at marketing firm and applying to graduate school, a graduate student who makes art and freelances op-ed pieces, and on and on. All under 30, everyone has job. Everyone's hustling.

Think of the new digital working-class, young people working tirelessly for no money whatsoever in the hopes of achieving fame. YouTube's most productive vloggers produce hundreds of videos a year and often without pay. Several young people have—also without pay—created web TV series and become quite successful. Bloggers like Perez Hilton work 10-hour days just to provide information to the greedy masses. The founders of Google and Facebook were all under 30 while developing their companies, now collectively worth about $200 billion. Who's slacking? When our parents were our age they were smoking weed, having copious amounts of sex and living in bad apartments. We're only doing one of those things.

But we aren't only about money and fame. Consider Barack Obama’s campaign, fueled as it is by the efforts of young people. When I went canvassing for Obama before the Pennsylvania primary, almost all of the volunteers were students. Obama even has volunteers under 18 and unable to vote helping his campaign. His progressive message of "working" for change struck a chord with an optimistic generation tired of baby boomer cynicism: "We gave peace a chance, it doesn't work. Now lower my taxes, please." Even Hillary Clinton had her avid youth support, and I have several activist friends participating in groups in Philadelphia, New York and Washington, D.C. who refuse to accept the world as set in stone and who are willing to put in the hours to change it.

So tell Judd Apatow—however brilliant he is—and his cadre of stoners that they are a minority. My generation is working to make the world a better place—or make ourselves rich. Either way, we're hustlin'.