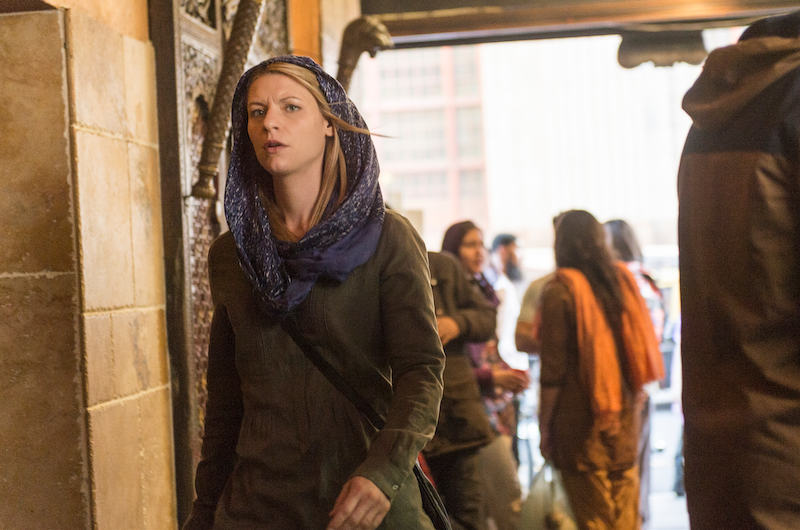 Last summer, just before Homeland’s season three premiere, Damian Lewis gave an interview with Men’s Journal wherein he suggested Showtime executives had refused to allow his character, Nicholas Brody, to be killed off.

I think simply for creative and artistic reasons, the writers want to kill me. There are so many compelling and devastating story lines that would just be great TV and theater. The more compromised storytelling is to keep him alive and to keep him bubbling along somehow. It’s the executives who write that version.

A couple of months later, shortly after the much-derided series finale of Dexter, producer John Goldwyn blatantly stated the same: “How about that finale?… They won't let us kill him… Showtime was very clear about that. When we told them the arc for the last season, they just said, 'Just to be clear, he's going to live.’”

Perhaps it was this very public criticism that finally allowed Homeland’s writers to kill off Brody at the end of last season. Of course, in retrospect, it would have made for much better TV if Brody had detonated his bomb vest at the end of season one—everyone that Abu Nazir wanted Brody to kill (the Vice President, senior staff and CIA officials) was eventually killed anyway, albeit in increasingly ludicrous fashion. So when Brody was hanged in Tehran after pulling off a CIA coup, it was both a relief (a character that was kept alive in all sorts of contrived ways was finally dead) and a legitimate shock (what will Homeland do now?).

Season four is a near total reboot. Carrie is now Station Chief in Kabul, and is dubbed “The Drone Queen.” How she’s been continually promoted year after year—considering she’s a bi-polar borderline traitor, and now doesn’t even have Saul to fall back on—is a question best left unasked. Speaking of Saul, he’s living with Mira in NYC, working for a private military contractor (and hating it). Quinn is still a field agent in the Middle East (and mostly hating it).

The set-up for season four involves a tip from an anonymous source to one of Carrie’s agents in Pakistan: a high-value target, Haissam Haqqani, will be at such and such a location, the CIA has to act fast, no time to verify, etc. Carrie orders a strike, and while indeed the target was there, so were 40-or-so innocent Pakistani civilians attending a wedding. One of the young men at the wedding survives, and a cell phone video he’d taken is posted to YouTube. This is what the show does best: terrorism, espionage, post-9/11 John le Carré-inspired stuff.

Quinn is dismayed, as is the pilot who flew the bombing run. Carrie, however, is resigned: the family of a terrorist knows the risk; Haqqani got them killed. Before the YouTube video goes viral, Carrie tells Quinn that no one will find out, the Pakistani village is too remote, the CIA is “bullet-proof.” I’m not sure how well this version of Carrie as CIA shill really works, but it all unravels after Sandy, Carrie’s agent in Pakistan who provided the intel, is betrayed by his source and killed by an angry Pakistani mob. After the bombing video and Sandy’s death, Director Lockhart is taking a lot of flak, and Saul is told that some in Washington want him back, which was always an inevitability; after all, Saul and Carrie’s relationship is the show’s best asset.

Regrettably, the show just can’t stay away from Brody. The more Alex Gansa & co. try to work in some kind of romance angle the less watchable any of this is. After Carrie returns to Washington, she takes her kid around for the day. If the scene in which she pulls up in front of Brody’s old house and says, “That’s where your dad lived when I first met him” is boring sentimental schlock, the next scene, in which Carrie nearly drowns the kid in the bathtub, intentionally, is total nonsense. Not that I don’t think Carrie wouldn’t do something like that, it’s that I don’t care about the kid. It’s just another reminder that the Carrie/Brody story dragged on way too long. More 24, less soap opera, and Homeland might just turn itself around. Then again, if Dana shows back up or Quinn and Carrie get together (as some suggest they will), I’m done.