Grist for the Mill, Chaff from the Wheat

Which TV shows deserve to be made into movies? 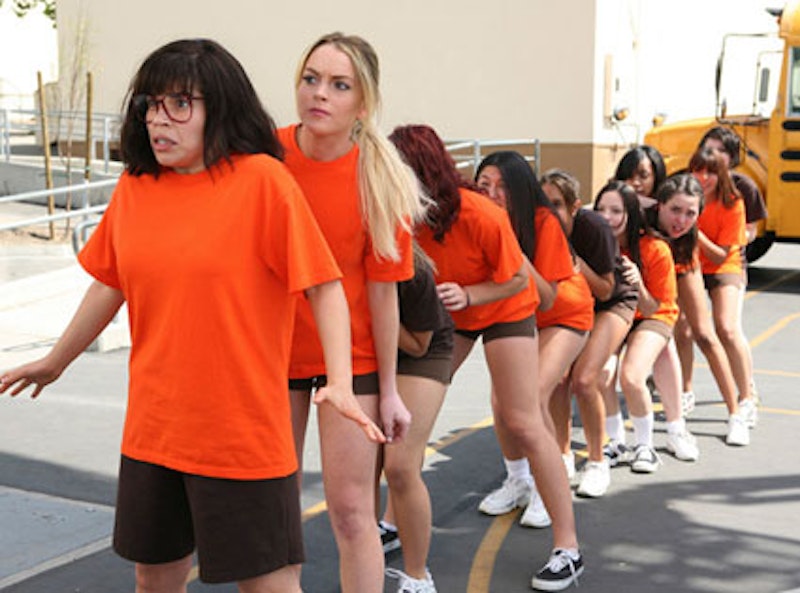 God bless her, but Ana Ortiz is getting us Ugly Betty fans excited for nothing! The actress, best known for playing America Ferrera's sister on the once-hit ABC series, claims the cast and producers have been "talking" about a movie, continuing a tradition of actors afraid of getting work post-TV spearheading the call for more screen time.

Rumors of canceled TV series in talks for movie deals have a long history, and it seems almost every canceled show these days generates movie rumors, fueled by a blogosphere hungry for content and fans with access to Facebook. But do these films ever get made?

I scanned the annual box office numbers for the top 50 to 100 movies (using Box Office Mojo) released in the last 10 years (2000-2010) and noted all movies developed from television series. I realize this biases the sample, but it also gives us an idea of what producers see as potentially profitable. I also realize some of these movies follow other films or appeared in book form before leaping to television; but I contend they are produced largely because of their presence on the small screen.

What TV shows end up as successful films? Primarily classic, kid and science fiction series. One interesting tidbit is a lot of TV shows get made into movies in order to add CGI and special effects, to brush up something dusty.

Nearly all the films I found were at one point or another children's television shows. Kid shows work well as films because they foster deep connections with their impressionable audience. Then the kids find out about the films through ads on the shows. When the movies come out, kids pressure their parents into taking them. For the studios, this means at least two tickets per household. Not bad!

There are a lot of these. I'm not counting movies made for television—sorry, Even Stevens—or straight-to-DVD—Family Guy, apparently—and clearly there are many more movies that never made it to the top of the box office (PowerPuff Girls!). Not all adolescent-looking movies are for adolescents. Movies like The Simpsons—also Aqua Teen Hunger Force and South Park—appeal to young adults and an older crowd, and it seems their box office power is inconsistent.

Take something old and make it nice and shiny! A simple formula for complicated times. The benefit of taking a classic TV series and revamping it for the big screen is you start with a built-in audience of oldies and the opportunity—by casting hip or A-list actors—of getting some young folk as well.

I know including Star Trek here is a bit reductionist. Yes, Star Trek is more of a culture and uber-franchise than a TV series. But technically!

Yes, I know the comic book movies are based on books but the comic audience, while large and influential, isn't the only pre-set audience for these movies. I never read comic books, but I watched X-Men, Iron Man and its ilk religiously as kid. That these franchises have lives beyond television only adds to their appeal.

Aside from the comics, The X-Files and Serenity prove that the sci-fi fanboy audience is religious in their devotion and dogged in their pursuit of content, enough so to justify a movie.

For some reason, there's a small subset of the TV-to-movie genre focusing on dude humor, specifically the faux-reality dude humor genre. These shows are just racy and edgy enough to grab headlines and press in advance of a box office open.

Turning TV shows into movies makes sense. It makes about as much sense as turning books or video games into films: a readymade audience, just add marketing.

But can every show be a movie? Ugly Betty seems to want to go the way of Sex and the City (2008, 2010) and Noah's Arc (2008), the chick-lit genre, gay or minority-friendly that aims at underserved audiences. It makes sense. Sex and the City and Noah's Arc were great successes in their respective genres (Noah's Arc made much more in theaters than anyone expected; Sex and the City broke boundaries as a chick-flick with serious global marketing power).

Not only is Ugly Betty not as popular as Sex and the City or as niche-specific as Noah's Arc, but it's leaving television after having lost much of its mojo (although its last season certainly picked up).

What about the other recent rumored pix?

24: A tantalizing idea. Certainly it would be action-packed. The fan base is pretty loyal, and you don't need to know the show to watch the film. I put it at 50/50, but made more difficult because, unlike Prison Break, they're not planning TV; they want big screen.

Arrested Development: This one is more on again/off again than Ross and Rachel (whose show had its own movie rumors). It seems to me the show is simply too quirky and works too well in serialization to be a viable film with a contained and cleared narrative.

Pushing Daisies: Kristin Chenoweth pulled an Ortiz and revved up rumors unnecessarily. The show is cinematic, to be sure, and the special effects could be wonderful and marketable, but the best part of the show was its breezy charm. It wasn't amazing. It was a nice thing to come home to on Wednesday night. Handicap: not going to happen.

Buffy: Lord knows why this never materialized. It's got the vital components: eager fan base already used to going to theaters for Buffy, the possibility for special effects, and of course there's the whole vampire trend. Handicap: it's been too long, but never say never.

Veronica Mars: Like Buffy, the fan base issue makes this one plausible. But Kristen Bell looks like she wants to move on. Although maybe, like Kim Cattrall, if her film career doesn't go as planned, she'll get on the bus.

The Riches: I was probably the only person to watch this brilliant series, a smart critique on the American dream, but a movie simply wouldn't make sense. The story was best unveiled slowly, the suspense of the family getting caught and trying to make a lie into a reality. Same reason we won't be seeing The Sopranos on the big screen (http://perezhilton.com/?p=63796) anytime soon.

Jericho: Rabid fans who made history by bringing the show back from death? Check. Sci-fi special effects potential? Check. Large audience? No check. But things aren't looking too good. We haven't heard from this one in a while, and its IMDB page is looking development hellish.

Gossip Girl: Do we need more time with these soapy sophisticates? Maybe. Certainly a film would fair better than most other films about otherwise detestable teens, and the genre needs a boost beyond Twilight. Still, I don't think it'll happen, especially since once the show ends, its burgeoning starlets will probably want to move on.

The Wire: Everyone well knows this show’s greatest asset was serialization. Perhaps a six-hour miniseries could be a masterful treatise on American politics, but no, a film would just not work.