It’s tough to stretch out TV shows into feature-length films. 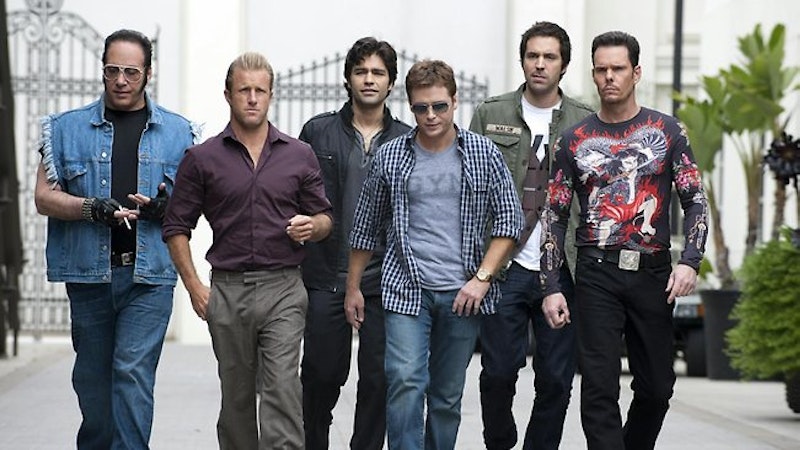 A decade ago, Entourage was among the hottest shows on television. The HBO series about movie star Vincent Chase and his boyhood buddies from Queens, living the seven-figure lifestyle offered weekly escapism and didn’t require heavy thinking. An Entourage movie comes out in June, and it’s questionable whether one-time fans will flock to the show.

Entourage’s main strength throughout its eight-year run was its cast. There was Vincent Chase (Adrian Grenier), the A-list action star whose poor decision-making at times nearly scuttles his career. Eric Murphy (Kevin Connolly) is the most level-headed of the bunch. “E,” as his friends call him, generally makes rational business decisions for Chase. There’s Vincent's older half-brother, Johnny “Drama” Chase (Kevin Dillon), a B-list (at best) actor who goes on to semi-stardom in television productions. And Turtle (Jerry Ferrara), runt of the litter at first, who seems content as Vince’s weed-smoking driver, but who by the end of the series has considerable business success.

And stealing virtually every scene he’s in is super-agent Ari Gold (Jeremy Piven), a salty-tonged neurotic Hollywood insider. Ari is set to play a central role in the Entourage movie, according to the trailer. It shows Ari running his own studio, and giving $100 million to Vince and E to make a movie, with Turtle and Drama tagging along as always.

Most Entourage scenes were quick-hits, no longer than two minutes, full of quips and sarcastic retorts. Whether that shtick can hold up a feature-length film remains to be seen, although there is some track record of success. The Sex in the City movies did well. Though critical reviews were mixed, box office returns were relatively high.

The time frame for the Entourage movie plot is reportedly set six months after the series ended. It’s set for release in early June. As Entertainment Weekly noted in December 2014, “The trailer features the gang’s usual hijinks: slow-motion strolls in Beverly Hills, making Ari apoplectic with anger, and scantily clad yacht parties. Oh, and a Turtle-was-fat joke! Watch the trailer and just wait for the Mark Wahlberg cameo.”