Dear Everyone Involved With Transformers: Get Another Franchise! 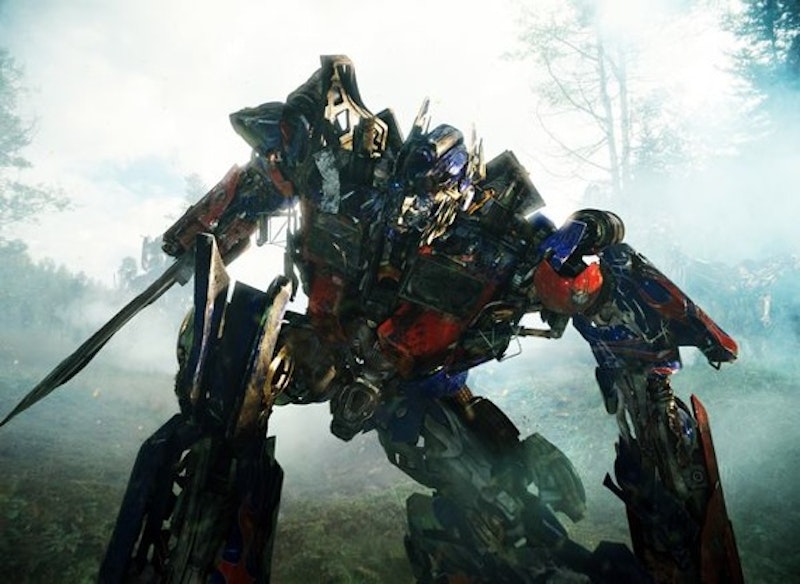 Can’t we do any better than Transformers? I refuse to accept Michael Bay’s trilogy of noise, fire, and tits as the acceptable standard for summer blockbusters. And it’s not like there’s anyone but ourselves to blame: Bay and Shia LaBeouf (ugh) are many times richer than you will ever be, and they made three movies based on action figures from the 1980s. Blockbusters don’t have to be so insultingly, mind-numbingly bad, there has to be a middle ground between Transformers and There Will Be Blood. No, please don’t mention Pixar. Big summer action movies are made to make money, and as long as you can sell toys and sponsorships, you’re safe. Hollywood would make Schlinder’s List 2 if the Liam Neeson action figure would sell. All you need is a good property people are already connected to.

Transformers has had its turn, but what about a Mighty Morphin Power Rangers movie? Kids who grew up in and around the 90s would go nuts for a Power Rangers movie, at least enough to make it an obscene amount of money on the July 4th weekend, or over Memorial Day. I can see the teaser campaign already: brief flashes of the uniforms, real tight close-ups, they keep coming faster until the theme song from the show starts. Go-Go Power Rangers! This thing is just begging for some out of place A-list stars: Leonardo DiCaprio as the red ranger, Zooey Deschanel as the yellow one, maybe Tara Reid as the pink one (hey, why not throw her a bone?) Ryan Reynolds as the green ranger? Too soon?

Mostly, this is just a plea to stop Transformers. I want to murder Shia LaBeouf and drink his blood. I think Michael Bay could be good with the right property (The Island wasn’t bad), but I simply refuse to believe in such an extreme and polarized value system for movies. Get a guy like Alfonso Cuaron, Steven Soderbergh, or even Wes Anderson: show them the specs from Mattel, and let them go nuts. Like I said, people will see a blockbuster about anything. The question going into these movies isn’t, “Gee, I hope the cinematography is little less exploitative this time,” it’s “When am I going to be able to make out to this.” It’s simply a no-brainer that a Power Rangers movie with the money Bay’s working with would be a huge hit: an enormous amount of nostalgia is already there, toys galore, and perhaps a Jennifer’s Body-esque lesbian ploy with Yellow and Pink. All of that sounds leagues better to me than watching a CGI robot smashy and Shia going “Aw shucks.”