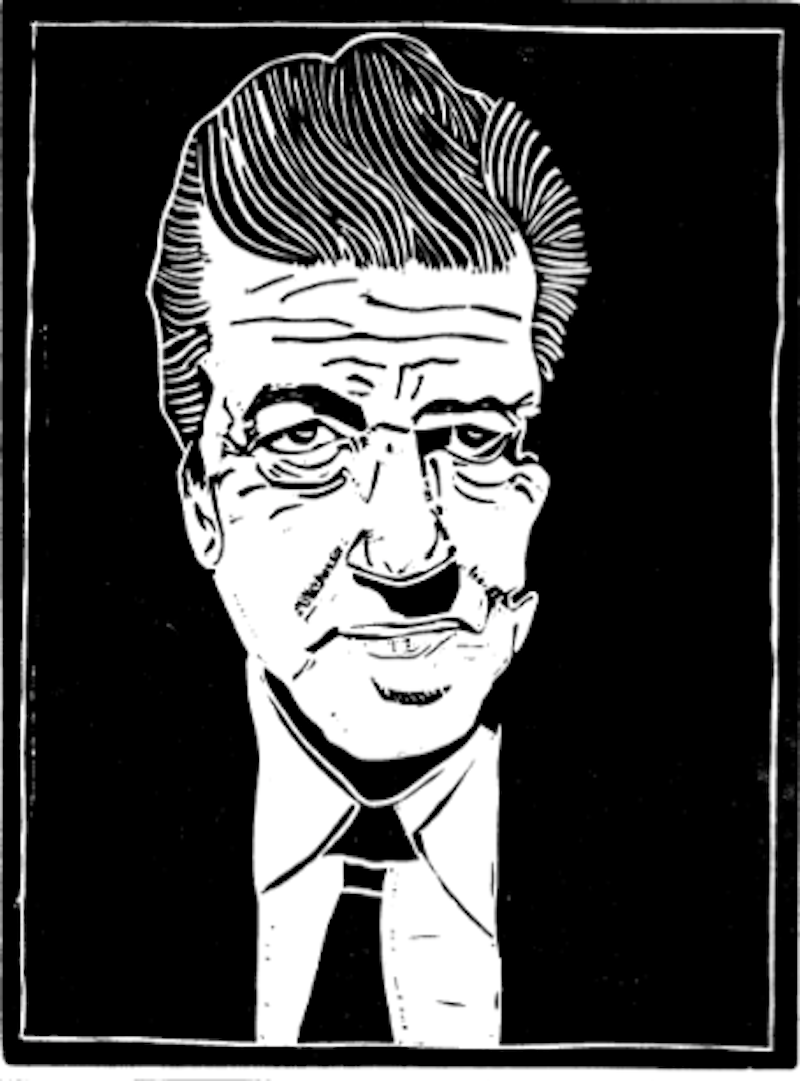 In the late 1980s I was a script reader for Paramount Pictures. I’d drive to the studio on Monday morning where I was given 5 to 10 screenplays that I was expected to read, synopsize and critique by Friday afternoon. Most of the scripts were awful. There were so many retreads of Lethal Weapon and Beverly Hills Cop I began to hate reading screenplays (including my own).

I was ready to take a hiatus when I encountered something truly amazing. The script was called One Saliva Bubble. The screenwriters were Mark Frost and David Lynch. That David Lynch, the director responsible for some of my favorite movies: Eraserhead, Elephant Man, Blue Velvet.

I was confused. How is it that one of the era’s great American auteurs had to suffer the indignity of an entry-level script reading? Why would the studio heads leave it to a schlub like me to influence whether or not another Lynch movie was made?

I sat down at my local coffee house to read the script. By the middle of page one, I was smiling. By page 10, I was laughing hysterically. When I finally finished the script I was in love with screenwriting again. The story had a slapstick feel, a Coen Brothers-like rhythm with the silliness of Monty Python.

The script begins when a single saliva bubble floats from the mouth of a laughing security guard onto the exposed copper wires inside a Pentagon control panel. This causes an electrical short that activates a space satellite beginning an ominous countdown. We meet the offbeat citizens of Newtonville, Kansas. They include a Swiss scientist, an assassin, Chinese acrobats, a Heinz 57 convention and the “world’s stupidest man.” When the satellite ticks to zero, it omits a laser burst that strikes Newtonville causing the characters to change personalities (and clothes). The assassin becomes a car salesman, the scientist becomes the village idiot, a black jazz musician becomes a white floozy and so on. Strangely, no one notices the personality changes except the Pentagon Generals who try in vain to fix the problem.

Lynch called the script an “out and out wacko dumb comedy.” He attempted to make the film with Steve Martin and Martin Short but couldn’t obtain financing. Lynch and writing partner Mark Frost abandoned the project and went on to write and produce Twin Peaks together.

I made a copy of One Saliva Bubble and passed it among my screenwriter friends. I soon learned of another unproduced Lynch screenplay that had gained mythic status. It was called Ronnie Rocket. No one I knew had read it, but I had a friend at Propaganda Pictures who represented Lynch at the time. My friend smuggled me the script (after promises of free margaritas for a month) and soon I was immersed in another Lynchian universe.

Ronnie Rocket is almost impossible to synopsize. Lynch himself said the film is “an American smokestack industrial thing.  It has to do with coal, oil and electricity… and a three-foot guy with red hair.”

The story takes place in a post-apocalyptic city (similar to Eraserhead) plagued by electrical mayhem involving a mercurial, demon-like figure named Hank Bartells. Bartells alters the city’s electrical grid and sends his black-coated “Donut Men” to assault people with cattle prods. The resulting upheaval causes people to pulsate, have seizures, eat their hands and have hemorrhages.

Enter the protagonist, the midget Ronnie Rocket. Ronnie tries to solve the city’s problems when he’s kidnapped by two mad scientists who recreate him in their lab with bright red hair and a body that pulses with electrical current. The resurrected Ronnie must plug himself into the wall every 15 minutes to rejuvenate. Ronnie joins a rock band and becomes a teen idol, but the evil Hank Bartells electrocutes Ronnie every time he performs causing his life essence to slip away.

Like I said, the story is hard to synopsize. It’s the dark tone that makes Ronnie Rocket unforgettable. At one point the “Donut Men” burst into flames upon being told their shoes are untied (a broken circuit). The mad scientists celebrate their reanimation of Ronnie by going out for malteds.

Like many of Lynch’s movies, Ronnie Rocket explores themes of idealized 50s culture, industrial design and physical deformity. Lynch began writing the script in 1978. For the next two decades, he attempted to get the movie made.

Potential backers included Dino De Laurentis Entertainment (which went bankrupt) and Francis Ford Coppola’s American Zoetrope (which also went bankrupt). Studios and financiers had a hard time getting their heads around the film. Lynch said, “It’s not really a violent film. But it’s completely abstract, like Eraserhead. I need to work with people who are not looking for a tremendous commercial return.”

Lynch stopped actively pursuing Ronnie Rocket in 1990 but he never officially abandoned the project. The indie filmmaker Jonathan Caouette (Tarnation) has expressed interest in reviving the project but he still believes Lynch will make it someday. The original screenplays for Ronnie Rocket and One Saliva Bubble can both be found online. They’re worth the read.