Damn It, The Simpsons Was Way Better Than Mary Tyler Moore

Who says so? I did just now. 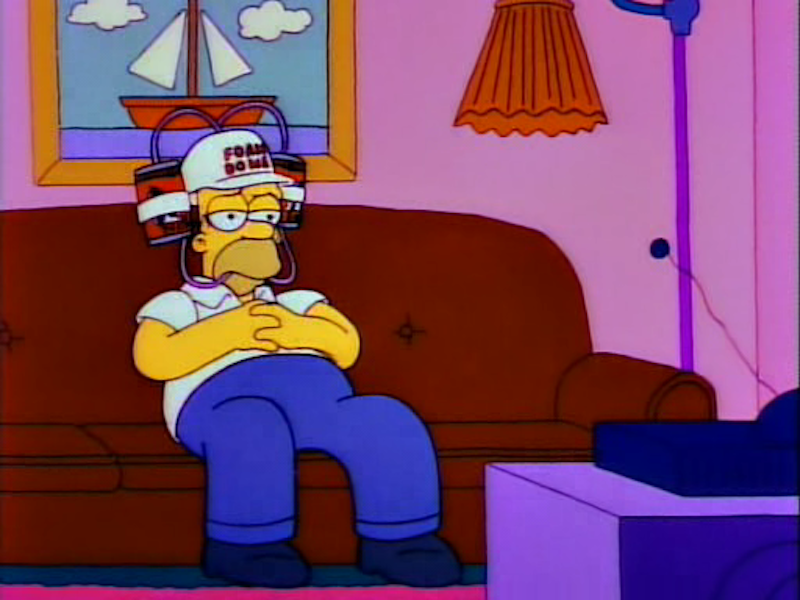 The Writers Guild of America recently issued a list of the 100 best-written television series to be watched by Americans. But there's a catch. The list was compiled by polling the Guild's membership, meaning American TV writers in general. Idiots and hacks voted along with the writers of talent, and (I expect) that's why the ranking is so terribly screwed up.

Go down to the cellar and you find gems. At 76 there's Barney Miller, the greatest sitcom of the pre-Simpsons era. It's in a tie with I, Claudius, the best portrait of power, fear and personality rot ever to go on a TV screen. Monty Python's Flying Circus is ranked 79. You know what did better? Frasier (number 23), Modern Family (34) and Sex and the City (39). The first is rich in adequacy, the second in good intentions and the third in smarm. Add up the value of their collected episodes and they can't match the writing of the cheese shop sketch or Eric Idle's bit about packaged tours.

Some series that make it into the top half still get undervalued. The Colbert Report has “The Word” feature with its contrapuntal little essays that invert and dissect the right's moronic arguments. The Daily Show leans on fart and dick jokes; it's the editing of news footage that shows intelligence. But Report scrapes in at 50, while Daily makes it to 17. And really, why is The Simpsons down at number 11? You might as well rank Lennon and McCartney number 11 among pop songwriters. The Simpsons (up through season five) produced scripts that showed TV humor, and simply TV writing, could be more complicated and knowledgeable than anyone thought possible and could do it without losing the audience. In fact, after a few seasons large parts of the audience found it hard to stomach anything like the old stuff.

Ranked ahead of The Simpsons is a murder's row of revered comedies of the 1970s: All in the Family, MASH and The Mary Tyler Moore Show. Well, why not? They were fine shows, and together they kicked TV comedy writing a long way down the road toward intelligence. But they weren't as funny as The Simpsons, not as ambitious as The Simpsons, and not as much fun as The Simpsons. Who says so? I did just now.

And there's no excuse for having Cheers in the top 10; it was a long-running joke machine that was amiable and made lots of money, and that's about it. As for The Twilight Zone coming in at number three, the choice gives sentimental nostalgia a bad name. To sum up The Twilight Zone experience in one word: crea-ea-ea-ea-ea-kkk. To add four more words: Thank God it's over.

At 55 we have L.A Law and at 58 we have Fawlty Towers. Gosh, Fawlty Towers isn't as good as L.A. Law, who knew? The first Star Trek is at 33 and Next Generation is all the way down at 79 (tied with Monty Python). I haven't seen much of Next Gen, but for purposes of research I have sat through every TOS episode at least twice. Trek is an example of a great series format triumphing over mediocre execution. The writing, shall we say, has very little to recommend it.

The corrected Top 10. So here we go. The order is not set in stone; people of good will can differ over details of that sort. But the 10 best-written TV shows familiar to the American audience are plainly the following:

You'll notice six of the 10 shows are from the 1970s and early 1980s, when I was a young fellow just learning the pleasures of adult TV. Perhaps this is because the TV industry sensed me out there and tried to raise its game.