Can Hollywood finally quit market-testing its movies and produce something worthwhile? A writer pines for the cinematic halcyon days of 1999. 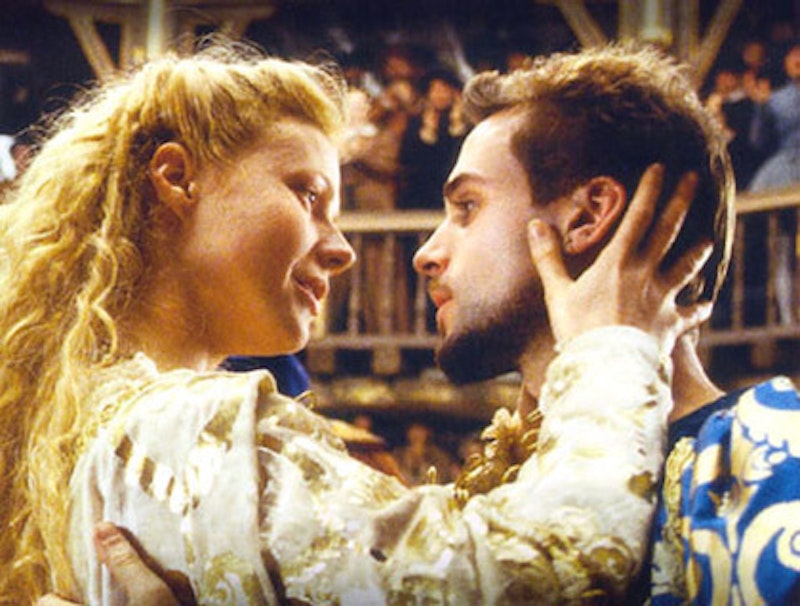 The low point of cinematic history occurred on March 21, 1999. Shakespeare in Love, a simplistic chick flick rendering of Romeo and Juliet’s creation, won the Best Picture Oscar over Saving Private Ryan, the finest war movie in the past 20 years. Neither of these films, however, was released in 1999. No, they were remnants of 1998, a fine year for movies, but nothing particularly special. Somehow though, despite this atrocity, 1999 was the last truly great year for film.

It is possible we will see another year like it, but the near future looks bleak. My parents recently said they were going to see Hancock, and I found myself giddy with anticipation. I even counted down the days to Get Smart’s release. We aren’t talking about second-comings of The Godfather here. I can commiserate with Christians and the pain of waiting for their savior’s return: I’m just trying to find ways to pass the days until the new Batman flick comes out.

At this point, Armageddon might be a nice reprieve from the dearth of movie-years we’ve had in the last decade. It isn’t that great movies haven’t come out during this time—2006’s Children of Men is an all-time favorite—but take a look at the 1999 list. I could just list the highlights and you’d be entertained.

Everything is there. You have groundbreaking movies like Being John Malkovich, Fight Club, and The Matrix, pre-Matrix Revolutions. You have HBO rerun classics like Pushing Tin and Thomas Crown Affair. You have epic teen movies like 10 Things I Hate About You, Cruel Intentions and American Pie. You have Adam Sandler’s last great Adam Sandler movie, Big Daddy.

It was a well-rounded year, though it perhaps lacked heavyweights like 1994’s Best Picture battle of Pulp Fiction vs. Forrest Gump, but American Beauty was by no means an undeserving champion. The year wasn’t just a collection of good movies; it gave birth to a new era of genre definitions. Martial arts, heavily featured in The Matrix, became the new method of action movie battle scenes. Go watch an action movie from the early 1990s and you’ll find yourself staring at a bunch of clunky punches and kicks, far from the sleek Asian-influenced fighting in a movie like The Bourne Supremacy. Teen movies came back in vogue in a new way. The first Austin Powers redefined spoof comedy.

Skip back a few years and look at 1994 and 1995. The Shawshank Redemption, Clerks, and Pulp Fiction came out within a month of each other in 1994. Now look at 2006. With almost 600 more listings, there aren’t half as many classics or even decent films.

Maybe nostalgia just hasn’t set in yet, turning Little Miss Sunshine and John Tucker Must Die into Clerks and American Pie, but that can’t be it. Look, I love JTMD just as much as the next guy, but do you remember what it was like when American Pie came out? It forced a generation of children to get the sex talk way before their parents planned—all because some irresponsible adult let their kids watch Jason Biggs screw a pie. I’m not one of those people who live in the past—I think music, TV, writing, and general pop culture has been as good today as they’ve ever been. The movie industry, though, appears stuck.

It’s time for films to come to grips with an unsettling truth: they’re outdated. In a hyper-accelerated world of pop culture—where VH1 has talking heads analyzing shit that literally happened a few hours ago on a wrap-up show—films take too long to produce. If T-Pain hits it big in January, he can be on that new Weezy track by April and be on that Usher remix within a week of hitting number one. Cultural trends are read and exploited by South Park week by week.
A movie like Man of the Year, trying to capitalize on the Jon Stewart/Stephen Colbert craze, came out way too late and landed with a dud on a viewership made up almost entirely of 50-year-old parents trying to figure out how their kids work. Good or bad, the movie missed the boat. And that’s the problem.

Much ado has been made about how everything is becoming a sequel these days. You know what, though, sometimes that isn’t a problem. The highest rated film on Rottentomatoes.com is Toy Story 2. It’s the only perfect 100. What becomes a problem is when a perfectly timed, but not necessarily stellar, film takes off or when a groundbreaking movie takes in a ton of money.

Think about a movie like Step Up. Why would anyone ever think to themselves that Step Up rocked so much we need at least two of them? Well it’s because the first one happened to hit on a time when people were really into seeing step and dance movies like Stomp the Yard.

Or take Saw, for instance, which snuck into a previously-empty niche during a really boring time for horror movies. Look back on the mainstream genre-changing horror movies of the past 10 years. I don’t know that there’s been one since Scream. So there was a hole which was creatively filled, and bam, they decided to make like 40 million Saw movies and movies that look exactly like it. This can hold out for a sequel or two, but after that, it’s so watered down that the movies stop meaning anything.

Here’s how Hollywood can fix the problem: be fucking creative. Film is not TV or YouTube: there are things that can be done with star power and big budgets and time that cannot happen elsewhere—even on HBO. Some of my favorite, as well as some of the best, movies in the past 10 years have been those that treat the art of film with respect. It’s the ludicrous technical brilliance displayed by Michel Gondry's Eternal Sunshine for the Spotless Mind, it’s the shot of a crying baby silencing a battle and countless other memorable images in Children of Men, it’s that epic, old-school, comic book sentimentality blown up for the big screen by the first two Spiderman films.

Movie makers need to stop pandering to the masses and embrace a little bit of that elitist stereotype. Even when it comes to crowd-pleasers, give the audience what they need, not what you think they want. Public sentiment changes too quickly for you to adapt the way other mediums can. The problem right now is that the champions of intellectual curiosity and creativity have shifted back toward the mainstream.

So please, Hollywood, stop caring about me and do what you know how to do. The Godfather, a three-hour movie about an Italian family set 40 years before the film came out, reached number one and became an icon. My interest in movies is ever-waning as I wait for some sort of movie messiah to turn it all around. I guess all I can do is hope the Dark Knight rides in on white horses