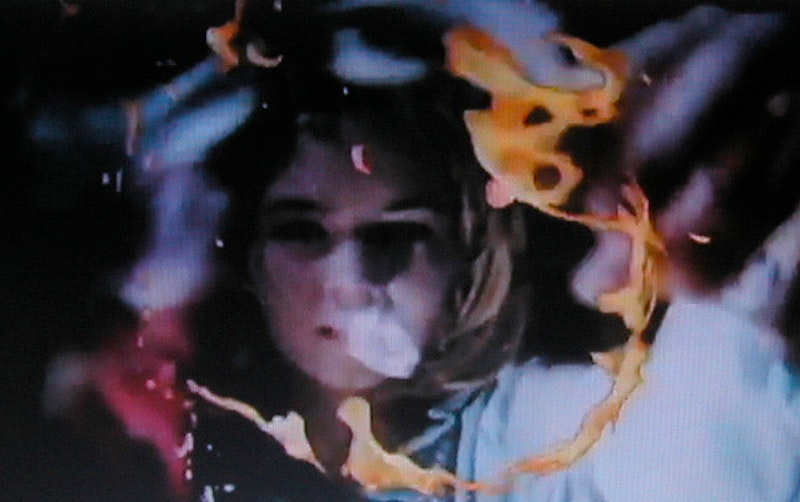 Steve Jobs supposedly left four years worth of plans, products, and strategy for Apple in the months before his death. We’ve all heard he wanted to make a proper television, and probably an iMac the size of a matchbook—but nothing paradigm-shifting. Here’s one thing almost no one talks about: smell technology. You know, better than Odorama. Did Jobs ever think about this?

Movies only take advantage of two of our five primary senses, with no element of taste, touch, or smell. Smells seem like the most feasible of the three. It really is a shame Jobs died at 56 because this is exactly the type of mind-expanding thing I could see him trying on a whim in his 70s or 80s when he entered his sagely wizard period. It might work best for home entertainment at first, but who knows: it could give people a reason to go to theaters again. Smell design would become its own industry. There’d be an Oscar for it. It’d take a while to get beyond Polyester-style gimmickry, but after 10 or 15 years it’d become a whole new occupation. Job growth! Motivating the work force to bring Lindsay Lohan’s breath or Matt Damon’s sweat straight to your nasal cavity! Critics would have something new to bitch about it. “I’m putting Ratatouille 3 on ice: it’s not as cute when you can smell the rat next to the tomato bisque.”

The road would be bumpy to high-definition smell-o-vision, but by the time we get there we might already be well into a David Foster Wallace nightmare pleasure world. I’ve always thought that once virtual-reality pornography is invented and perfected, many people will die just like they did in Infinite Jest watching that infinitely pleasurable tape: they’ll starve, atrophy, and rot right there. I mean, that’s the path we’re headed towards no matter how you look at it. As entertainment and technology have improved, we spend more and more time on the couch, or in front of the computer, mindlessly consuming. High definition TV can only look so much better, and ditto for sound; but once we master other senses, what will be the point of even leaving the house? Daily human contact will be the exception. Sex will be a luxury of the 1%.

At the same time, we need to keep moving. Entertainment can get better without it becoming the anchor of our lives. Can you imagine watching something like the end of American Beauty, and being able to smell the gunpowder in that kitchen? I’m not nearly as interested in what Optimus Prime smells like as the scents in tense, otherwise tedious personal dramas. It could elevate a lot of movies and make them far more engaging.