Another Run for the Carnival of Blood

Malatesta's Carnival of Blood, which sounds like a product of the early-70s psychedelic shock-horror movie trend if there ever was one, is about to enjoy a small resurgence in Philadelphia, where it was made. Now this is a cult movie, unlike some poseurs I know. 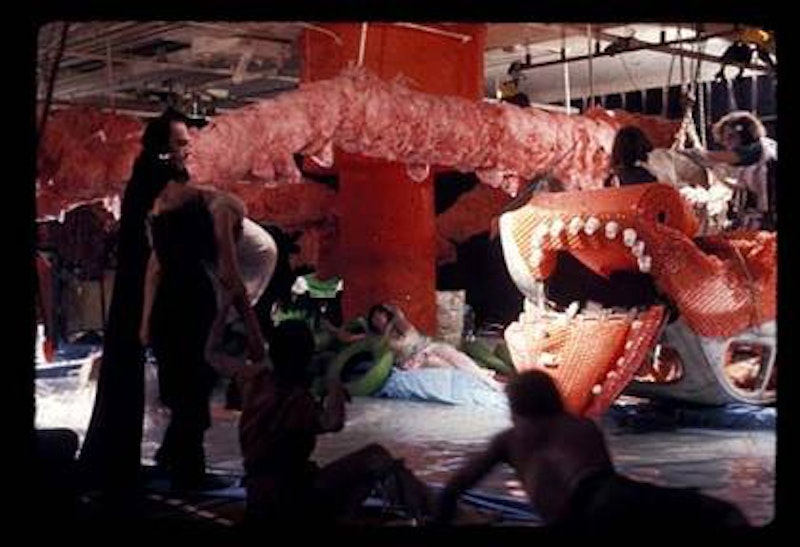 Into that marketplace burst Malatesta, a psychedelic fugue about a carnival housing an underground clan of cannibalistic ghouls. This singular oddity was helmed by an eccentric polymath, assisted by prominent Philadelphians with cinematic aspirations and money to burn, with a cast blending students, off-Broadway veterans and participants in Philly's nascent underground theater scene.

Thirty-six years later, queries about the film are met with the sort of rolled eyes and mock embarrassment evoked by decades-old prom photos. For most of those involved in its production, Malatesta's Carnival of Blood is a fondly, if only vaguely, remembered flirtation with filmmaking. Today, it stands as a testament to guerrilla filmmaking, an amusement park that once thrived where a mall now stands, and an idiosyncratic mix of Philadelphia characters.