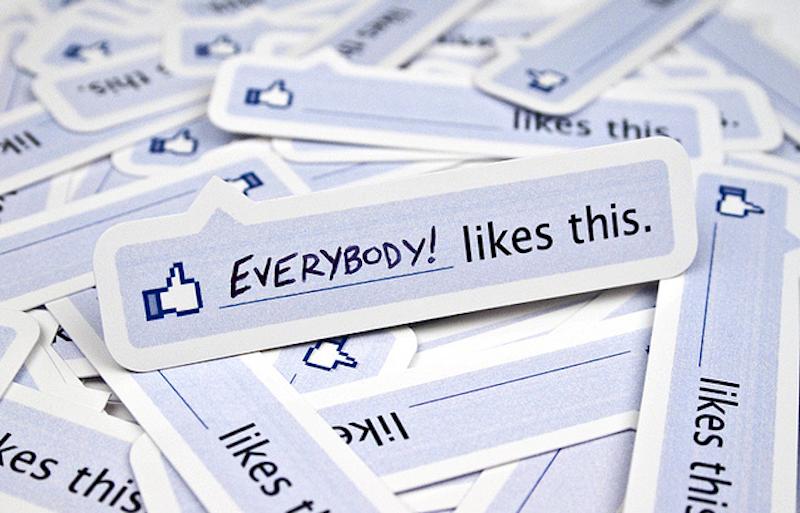 Years ago, a friend wrote a zine piece on “the karma of smoking” in which he suggested that because every smoker would at one time find himself in need—of a cigarette or a lighter—it was in every smoker’s best interest to be gracious when called upon to supply a Camel or a Bic. Share the wealth communally, the logic went, and everyone would ultimately be happier in the long run.
The same could be said of Facebook, albeit on a larger scale. The Internet was originally expected to serve as a hub of innovation and creation, and while this is true to a certain degree, the rise of social media has transformed the web into an international space of congregation, and has raised the stakes in terms of potential loneliness, depression, and alienation.

Used to be that one could spend long periods of time alone, feeling cut off from friends and loved ones spatially and in telephonic terms; that sucked, sure, but adding a sense of being ignored electronically has the effect of compounding one’s personal sense of isolation.

In the interest of the bandwidth-enabled commonweal, then, it behooves pretty much everyone with an active Facebook site to “News Feed up,” as it were: stretch beyond the natural impulse to simply bellow into the digital maelstrom by taking five minutes to scroll through status updates and administer a handful of quick “Likes” to deserving dispatches. Because there are few worse online experiences than giving voice to opinions and personal tastes on Facebook, only to return sometime later to discover, upon the available evidence, that you may as well have expressed them to a bathroom mirror. (Well, maybe flame wars and spyware invasions are more damaging—but at least those mishaps demonstrate interest on the part of nihilistic software and other people.) You won’t regret doing so, and may even benefit from it.