The Illusion of Interconnectivity 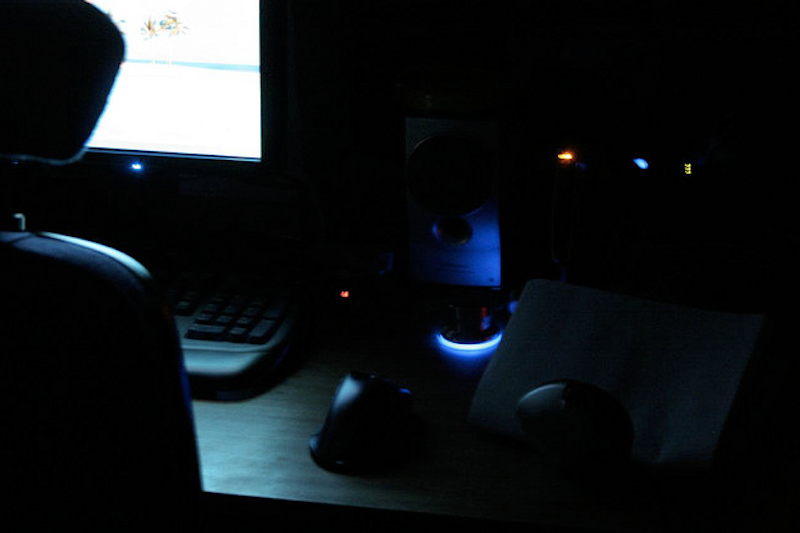 Now a month into my Facebook adventure, I’ve established a presence, some connections. I am friends with a brilliant noise artist of questionable repute, some current and former editors, most of my cousins, the elementary school friend who introduced me to the concept of zines, one half of Matmos, and several people who I barely remember from college.

I’ve posted cute pictures of my son riding his Optimus Prime bicycle in our cul de sac. I’ve been called out as a hypocrite—rightly—for turning into the sort of typical hyperactive Facebook drone I used to mock and look down my nose at.

Don’t get me wrong. There’s great utility to Facebook as a tool. It’s nice to be able to get a sense of my personal world at a glance, to scan through the news feed and in five minutes come away knowing what the erstwhile African-American campus leaders are up to and what The New York Times is pimping today and what Sonic Youth is doing and what YouTube links Aaron Dilloway is presently spellbound by; I like the scope and convenience of it all. But what I’m finding is that having a well-organized means of catching up with people at my fingertips—literally, on my iPhone—isn’t all it’s cracked up to be, because most of the time I don’t really want to talk to many people in a real-time way. In achieving the freedom to do so, I’ve discovered that I don’t much want to; either I’ve nothing to say, or I’d rather be doing something—anything—else.

Pro forma Facebook re-acquaintance exchanges rule, but increasingly the experience of remembering then locating long-lost friends in the Facebook diaspora is more interesting than any subsequent acknowledgment of interest and the pleasantries decorum would seem to demand, and frankly it’s a relief when someone adds me as a friend without comment, because it allows me to refrain from commenting, too; it’s almost as though we’re tacitly admitting that there’s social strength in aggregate numbers, that we’re less re-uniting in a traditional sense than doing one another a really ephemeral solid.

But maybe that’s for the best. I’d like someday to be able to tout accomplishments, triumphs, wins—a novel, a screenplay, a career quantum leap—and there’s just no way I’ll ever arrive at these destinations if I spend all of my fleeting, precious spare time touch-typing about my present-tense status quo.