Bastal and the Bioware forums. 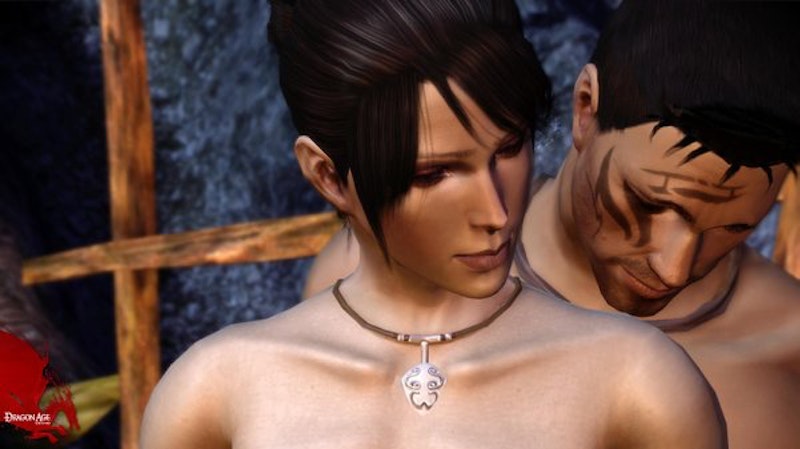 About a month ago a user on the Bioware forums, known by the handle Bastal, decided to repeatedly post his grief over certain in-game content not marketed to his narrow-minded sensibility. This user felt because there were optional guy-on-guy romances in Dragon Age 2, that the game was no longer being marketed to “straight male gamers” like himself. He was complaining like a child about something entirely optional, something he didn’t have to do—in a game, of all things. His first thread had been locked for promoting homophobia and elicited a response from Bioware’s David Gaider. I’m rather surprised Bastal’s account hasn’t been banned for his repeated bigotry.

After initially reading one of his posts I was rubbing my temples at the wall of stupidity I witnessed. “To summarize, in the case of Dragon Age 2, BioWare neglected their main demographic: The Straight Male Gamer.” Of course a paragraph or two later he tosses out this little gem...”but you have to understand, the Straight Male Gamer, cannot be just lumped into a single category.” The pains of stupidity crept out and my head hurt. It only gets worse when he strolls down memory lane: ”Its ridiculous that I even have to use a term like Straight Male Gamer, when in the past I would only have to say fans” When exactly was this time when gaming was a boys only club?

Did he fall out of some parallel universe where females have a biological predisposition against games of any sort? I can understand if he misspoke and meant that gamers, the majority of them, are guys, but he keeps making this assertion to the degree of pulling numbers out of his ass. He asserted that five percent of gamers were male homosexuals, despite the fact he cited no source. Electronic Arts (EA) and Bioware both have the stats on their gaming demographic and if they want to appeal to everyone then so be it. If Bastal wants a copy of Dragon Age 2 without any sort of content that offends him he can go and pay the cost of producing it. Every last dime.

So we have this homophobe complaining about guy-on-guy; perhaps he’ll want to exclude girl-on-girl right? Nah. “...They appeal to a subset of male gamers and while its true you can't make a romance option everyone will love...” We’re supposed to exclude guy-on-guy because a lot of male gamers won’t like it, but then leave girl-on-girl in for the male gamers that like that sort of thing. What a douche. If you read between the lines, Bastal isn’t trying to be noble; he just wants his base urges catered to for the cost of his XBOX 360 copy of Dragon Age 2. He’s barking up the wrong tree. He should do what most guys do, get some porn and polish the one-eyed gopher, or leave the basement and get a girlfriend.