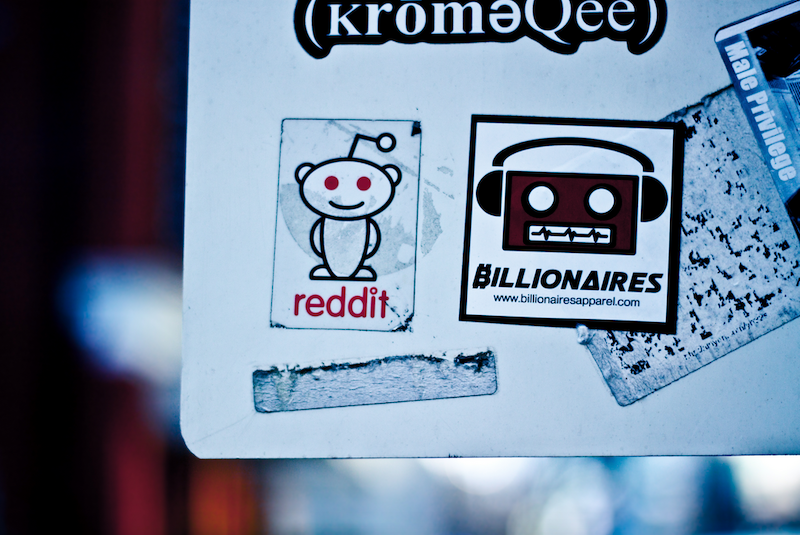 Reddit’s been around since 2005 and I’ve had an account for years, but just recently familiarized myself with it. Initially I was turned off by the bulletin board design, finding it disorienting and disorganized. After spending more time on it, I understand why it’s been successful. It’s simple. There aren’t many ads and the content is straightforward. You can customize what you see on your front page, or you can choose to see all the trending posts. There are countless subreddits, forums that focus on specific topics. It’s a social network and an outlet for news and entertainment. Here are a few notable quirks.

People like posts about cute little animals. Maybe it’s to neutralize the posts about war and violence, but pictures and GIFs of baby animals attract a lot of upvotes. Puppies and kittens are popular, as are elephants and jungle cats, and even pygmy pigs. People often post pictures accompanied by stories about rescuing wild ones. Baby animals are no strangers to Reddit’s front page.

Bernie Sanders is their chosen candidate. Each time a rally is scheduled or an election update is made, it’s posted on r/SandersforPresident and upvoted until it reaches the front page. CNN recently reported that Sanders’ “secret weapon” might be Reddit, though it’s more likely the Millennials, who are the majority of its users. Nonetheless, as Sanders gains traction, Reddit continues to update its users on the campaign.

Redditors don’t like Tumblr. As a new user, it doesn’t take long to notice the animosity Reddit has toward Tumblr. Tumblr attracts a slightly different crowd, though it’s hard to pinpoint exactly the dissimilarities. It may simply be the predominance of feminists. Regardless, subreddits like r/TumblrInAction point out exactly why redditors don’t really understand the sentiments of “Tumblrinas.” In general, I side with Reddit on the posts that are brought up, mostly because they tend to be hypocritical or nonsensical in nature.

Redditors don’t like fat people. Many of the Tumblr posts in question are regarding overweight people. There are subreddits, like r/FatPeopleLogic where users share links to articles and social media rants by or about overweight people, often trying to justify their size or criticize people who don’t engage in “fat acceptance.” It’s a confusing topic, but people on Reddit don’t mind trying to get to the bottom of it. It’s mostly distaste towards people who are unwilling to lose weight in order to be healthy. Weight loss forums, on the other hand, are popular and frequent the front page.

Your jokes better be good. On top posts, there can be thousands of comments. Depending on the topic, users can be serious, but a lot of the commentary consists of jokes and puns. Top comments that are considered funny get hundreds of upvotes and dozens of replies, but if a response is in poor taste or isn’t up to par, redditors aren’t afraid to shut it down. Like any social media site, there are trolls, and people can be downright mean. Usually when it comes to comedy, though, it’s just a demanding crowd.