Don't give it up for anything. 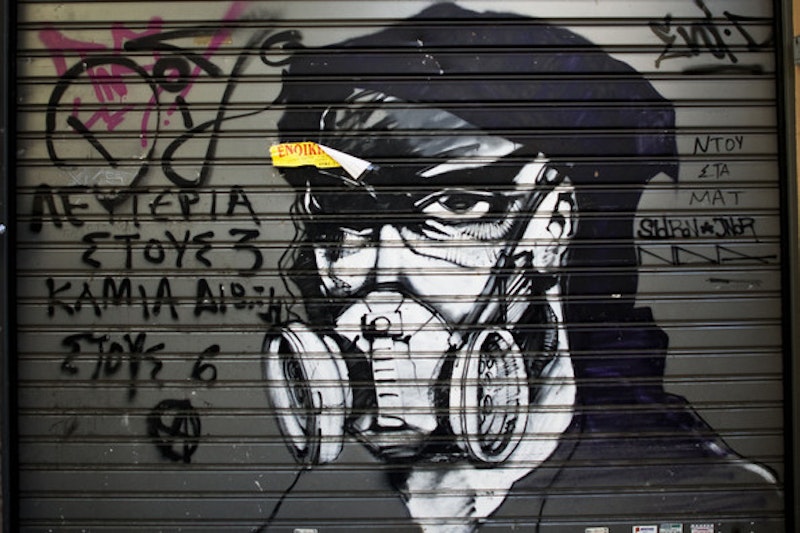 The only people who are against privacy are those who make money, have power or take control when it’s lost. We all need moments alone. I’d argue that privacy is more than a human right. It’s a human need. If we can’t be alone every now and again we go crazy. Who doesn’t, at least some of the time, need everyone else to piss off?

The NSA, FBI and other agencies want no privacy because they’re paranoid. They view everyone as the enemy. They’re like the narrator from the Tom Waits’ song “What’s he building?” They're so interested in finding out what we’re up to that they can’t see the madness of their own obsession is much worse.

There’s a tendency to think all secrets must be bad. They are not. Take this thing that I do: ________. Is what I’m thinking of in place of that blank illegal, disgusting or sexual? No. Would I even be that embarrassed if people who knew me found out what it is? Kind of, but not in a major way.  Do you want to know what it is? Tough, it’s none of your business. I’m not telling you because you have no right to know. And there isn’t a person alive who doesn’t have something like that. They are ours. They are not incriminating but still, they are no one else’s.

Google’s Eric Schmidt infamously said, “If you have something you don’t want people to know about, maybe you shouldn’t be doing it in the first place.” There’s a lot more wrong with that besides making him sound like a school principal or a priest. He said that to Google users but I’ll bet he never said it to people within the US government who he’s worked with.

And who says what’s acceptable? If all our search histories are available for the authorities to dig through then what’s stopping them using them to crack down on political activists? What’s keeping less “welcoming” regimes from using data to persecute or even prosecute gay people or others that don’t fit their ideologies or values?

Some things you can only do in private. And privacy is about pleasure. It’s sticking your feet up, belching a big one and scratching your ass. And you can’t tell me that isn’t important. You’re being yourself. Maybe we should have no shame and be like that in front of other people but that’s not how we are.

I’m sitting here with my laptop open. How do I know someone isn’t looking through the webcam at me? How do I know every key I type isn’t recorded? Maybe I’m full of myself to think I’m that important but the fact is I can never know it isn’t happening.

People say you sign over your privacy willingly when you agree to the terms and conditions of websites. So it’d be wise to read everything before you sign it. On the DVD release of Fight Club, after the copyright warning, another warning flashes for just a second. This one is from the character Tyler Durden, who explains best why you shouldn’t read those mind-numbing, biblical length terms and conditions.