Narcissism Is Not the Spawn of Social Media

It did however provide a block and mute feature. 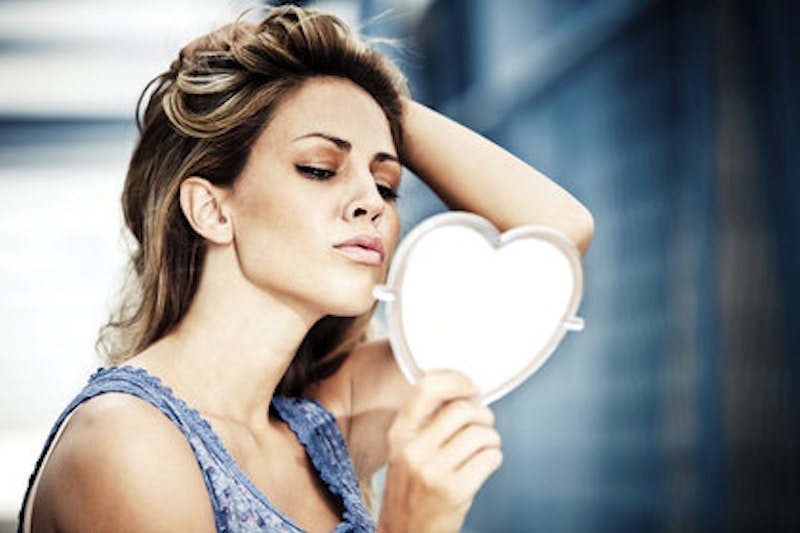 I know a superhero. She doesn’t wear a cape, or have any visible super powers, but the world would be destroyed if she weren’t alive to keep life in balance and people on track. She’s perfectly skilled in all she does, flawless in her approach and fully aware to the point of omnipotence. I know this because she says so. Maybe not in so many words, but certainly with every word that comes out of her mouth. As she weaves stories of her experience and outlines her extensive knowledge on any topic, she paints the perfect picture of success: an imaginary world far from representative reality.

According to recent studies, narcissism is on the rise. Apparently this is evidenced by the obsession with reality TV, the abundance of YouTube personal channels, and social media. After all, anyone who believes others are interested in what they’re doing and have a desire to share what they are doing is a narcissist, right? I’m pretty sure the “experts” are taking this idea too far.

I’m not a millennial, but I play one on social media. Not really; I am myself. I guess there’s a bit of self-promotion involved since I share my writing, thoughts, travels and food pics with my friends, but for the most part I’m just trying to build relationships with people I never would’ve been able to meet without this Internet outlet.

I became engaged in social media when I was a caregiver for my terminally ill mother. It was a tough time. My social circle had all but disappeared, uncertain what to do or say, and unable to deal with the burden of such helplessness. Most of my conversations were with the doctors and nurses, and revolved around her care. I was alone, afraid and losing sight of me. Facebook and Twitter offered an escape. I could log on and discuss TV shows, celebrities, local news or other interests with people from all over the world at any time, day or night. Someone was always available. I didn’t have to worry about keeping them up or becoming an albatross around their neck; they didn’t feel pressured to help or rescue me from the current crisis. We were just there to talk and play. We were there for distraction and escape. We were there because we had become friends.

Not everyone has this experience. They are content with one-sided posting, more interested in the announcement than the interaction. Some people beg, plead and bully for followers. They have a distorted idea of popularity and a warped sense of self that drives them to grow their circle. Some people consider social media as a public relations and marketing outlet: they work to drive their brand, either personal or professional.  These approaches tend to feed the “narcissism-thrives-and-grows-in-social media” theory, but don’t prove it.

The fact is many people share their photos, trivial thoughts and day-to-day experiences to emulate the art of hanging out. It’s not narcissism. I can’t go out to dinner with my friend in France, so we share food pics and talk about the cuisine in our areas. I can’t go shopping with my friend in Israel, so we share photos of the clothes we’re considering. My friends in other states and countries can’t come over on a Friday night for TV and games, but we can talk about funny things that happened at work or vent about what frustrates us. The freeing thing about social media friends is they all know they can’t physically be there. They can’t help or fix; they can’t just show up to carry some of the load. They can only let you be you, and more often than not, without judgment or expectation.

I’m not suggesting there aren’t people online who are truly self-absorbed. I’ve met a few “what-about-me” people who are in it for their own advancement. Their agendas are clear: look at me, notice me, compliment me. The low self-esteem and need for attention is evident in even their most basic posts. I’ve also known and experienced cyber bullying. The dark side of human nature is often set free with anonymity. But for the most part I find the people I meet online friendly, engaging and open to relationship. These are the people I share with; these are the people I’ve gone to meet in person and embraced as friends beyond the screen. This type of sharing is not narcissism; it’s relationship, and I believe it’s more prevalent than research suggests.

Narcissistic Personality Disorder is characterized by a long-standing pattern of grandiosity (either in fantasy or actual behavior), an overwhelming need for admiration, and usually a complete lack of empathy toward others. People with this disorder often believe they are of primary importance in everybody’s life or to anyone they meet.

I know more of these personalities in real life than online, don’t you? The superhero, for example, who places more value on her perceived superiority than on compassion and empathy, or even truth. Her moods may be affected by online communications, and she may find a convenient outlet in the media genre, but the need to belittle, demean and undermine others in an effort to be “right” was fostered long before any online activity came into play. Nature vs. nurture is still the relevant debate when searching for the root of this particular evil. Let’s not distract from the fact: Social Media did not spawn narcissism. It did however provide a block and mute feature. Now if the experts can find a way to do the same in the real world, this personality disorder would soon be on the decline.