The young playfully beat up on the middle-aged and older reporters. 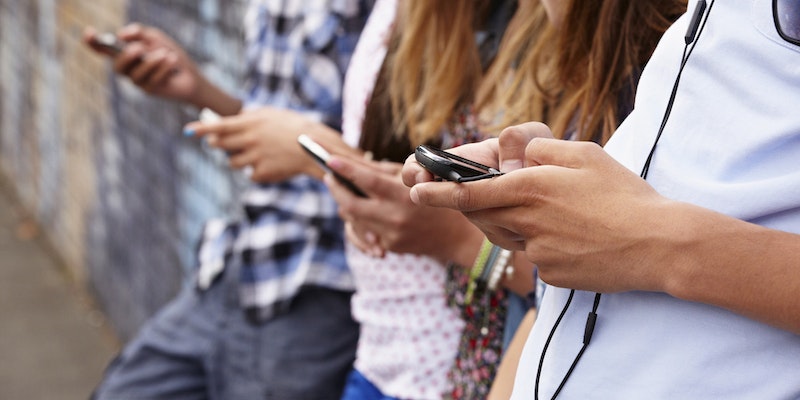 Last week I passed on a Wall Street Journal article about the financial industry’s difficulty in understanding their young Millennial employees to one of my sons, a college senior who’s 21. He read it, and was quickly dismissive, saying that when newspapers run articles about his generation, they’re invariably grasping at straws. If his point is true—and I’ve no reason to doubt it, since as a Baby Boomer the current slang, pop music and cultural trends sail over my head—it’s probably because there are so few men and women under 30 who are employed at the country’s most prestigious dailies.

It’s somewhat uncharitable to blame the media at large, given the last decade’s hemorrhaging advertising revenues, a dilemma that wasn’t even contemplated 20 years ago when double-digit profit margins were the norm at some companies, but there is a demographic problem that won’t go away. Newspapers and magazines (those that still exist), at the mercy of negligible digital sales—compared to print ads—haven’t adequately addressed a vexing conundrum: the veteran employees aren’t retiring or accepting buyouts fast enough to replace them with a new crop of young writers who’d make the publications more relevant. And if there are vacancies there’s no evidence that youths are hired. A popular joke online is about The New York Times running yet another “cutting edge” (a term that was out of favor by 1995) lifestyle piece about Brooklyn’s gentrification.

I thought about this upon reading Christopher Mims’ “Tech/Keywords” column in the Journal on April 11th, a confusing effort that was headlined, “For Generation Z, Email Has Become a Rite of Passage.” For starters, no one’s quite decided on a separation between Millennials and Generation Z: the former, according to some, were born in the early 1980s and continued to around the turn of the century; but the latter intersects during the 90s. In any case, Mims (a fine tech writer from my perspective, who worked at Quartz and Seed, among other publications before moving to the Journal in 2014) gets in trouble with his very first paragraph: “Your personal hierarchy of life-altering firsts likely includes your first kiss, your first time behind the wheel or the first time you left home. For members of Generation Z, now in their teens or early 20s, another rite of passage has taken on outsize importance: sending your first email.” (Mims is the same age as me, 60, but the quaint “your first kiss” as a rite of passage rather than your first fuck—granted, it’s a family newspaper—or first bottle of beer/joint would be less 1950s.)

Mims interacted with 15 “young adults, ages 16 to 21,” to get their perspective on email, although he doesn’t say if he used that mode of communication to get their responses. “'I’m more of an adult now that I send email,' says Sumanth Neerumalla, a junior at the University of Maryland. He says that becoming a person who sends emails felt like a bigger rite of passage than registering to vote.” As the father of two Millennial sons, 23 and 21 (though the latter is lucky enough to also be counted in Generation Z), and the operator of a website that has a lot of contributors in that age bracket, I’m not buying Mims’ premise. I do understand that communication methods change rapidly, but my kids have used email for years. Not only for school, but also to send messages to family members and friends. Now, if we’re talking fax machines, that quasi-revolutionary invention back in the late-80s which was a huge leap forward, it’s a different story. Back in, say, 2009, while I relied on young employees to help me with cell phone vagaries, not one of them had ever sent a fax, and had to rely on Old Man Grumpus to navigate a transmission.

Oh, and this is rich as well: “Generation Z’s younger peers—dubbed ‘Generation Alpha’ by some—are now even more evolved in their use of communication technologies, says Gilad Abarbanel, a 20-year-old junior who runs a summer camp and youth movement. ‘When I talk to people in their freshman year of high school,’ says Mr. Abarbanel, ‘they say ‘Facebook is for old people.’” What’s the story: do names of generations change every five years?

Mims’ story is anecdotal—as are my observations—but I think he was given some counterfeit information for his column. A rad Millennial/Generation Z/Generation Alpha prank, by the looks of it.