He wants to be a VC superstar. 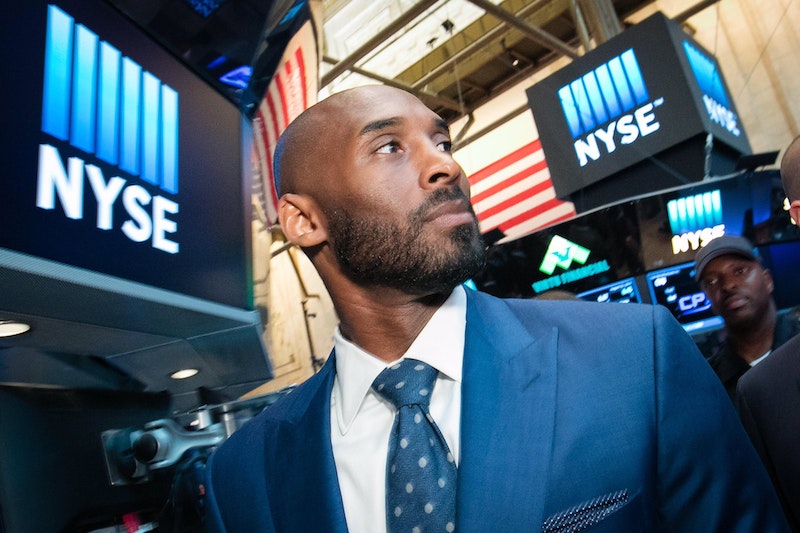 Recently-retired basketball superstar Kobe Bryant isn't basking in the glory of his five NBA championships. Instead, he's joining the crowd of wealthy athletes and other celebrities who’ve become tech investors. Bryant’s invested with entrepreneur Jeff Stibel for some time now, but on Monday the pair announced the launch of their new $100 million venture capital fund, Bryant Stibel. The hoops legend told CNBC that he now wants to become more famous for helping entrepreneurs than winning NBA championships.

That sounds like good PR, but it's not happening. Athletes don't strike gold like that twice in a lifetime. Kobe’s not offering startup firms what's known as “smart money,” which is cash backed by expertise. Smart money is the kind of cash every startup firm covets, but it’s scarce, so they often have to settle for “dumb” money, which is pretty much just a check that clears. Kobe’s a smart guy, and the Silicon Valley people calling his money “dumb” don't mean that he's dumb per se. What they mean is that there aren't many tech startups out there that would put the former NBA star on their board of directors just for his business acumen.

Kobe's done with pro sports now, and wants to be a “player” in another high-profile arena, but he'll struggle to add real value to startup firms. Stibel, Vice Chairman of Dun & Bradstreet, is an experienced tech investor who knows how to break down a balance sheet, but Kobe's skills are of the softer variety. Under the tutelage of Nike CEO Mark Parker, he claims he’s acquired the “storytelling” and branding skills necessary to compliment his partner’s harder skills, but startups can easily hire consultants to provide the level of expertise Kobe has to offer, an option that doesn't require ceding any control of their firms to a venture capitalist.

Bryant, wanting to communicate that he's not another guy with a fat wallet in a Zegna suit, is saying all the right things, like he's planning to be in it for the long haul. Basketball champions come and go, he told CNBC's Squawk on the Street, but what he really wants to do is create something that “lasts forever.” This is smart business, because the more dilettantish VC guys have acquired a reputation for bailing when things get tough, and that's the kind of money nobody wants. When your money’s dumb, you need to at least say the right things.

The dumb money issue is particularly relevant now that more tech industry observers and insiders are speculating that a bubble’s forming that could lead to a second tech collapse. The era of low interest rates has produced loose capital, swelling valuations. In Silicon Valley parlance, a “unicorn” is a pre-IPO startup that's valued at least $1 billion. There's growing suspicion that easy money is turning many of the 200 unicorns that Forbes has reported as existing into “unicorpses” worth just a fraction of their current valuation.

It's not difficult to see why Kobe picked Stibel, given his track record, but less clear why Stibel picked Kobe. He's a savvy investor, so perhaps he sees something more than might meet the eye. A cynical person might speculate that Stibel has sized Kobe up as so eager to get in the game that he's willing to overpay to play if he lets him have his name first on the company letterhead.

People think that it’s easier to make money in tech than other industries, plus it has the “cool” factor going for it. It's reported that Bryant's worth $320 million, but he didn't earn that in the business world. It’s not a reflection of his business skills. Kobe likes the limelight, as evidenced by his “farewell tour” final NBA season, and being a VC investor might be his way of staying in it. Value investing isn't the Black Mamba’s style.

The San Antonio Spurs’ Tim Duncan also retired, but the unassuming superstar, unlike Kobe, waited until this season was over to announce it. Duncan probably isn't risking much, if any, of his estimated $177 million in high tech. I could see him going into car washes or beer distributorships. “The Big Fundamental,” as he's called, isn't going to chase unicorns and throw millions in dumb money into an industry already overflowing with dumb money. He's already been burned for an alleged $20 million by a sketchy financial advisor. I'm guessing Duncan will invest like he played, just like Kobe will, and there’s a very good chance he’ll outperform Kobe this time around.