How to Kill a Pokemon

New Super Smash Bros. video game makes excellent use of the Wii. Now you can virtually battle Mario while getting some low-impact exercise, all in the comfort of your own bedroom. From The Diamondback. 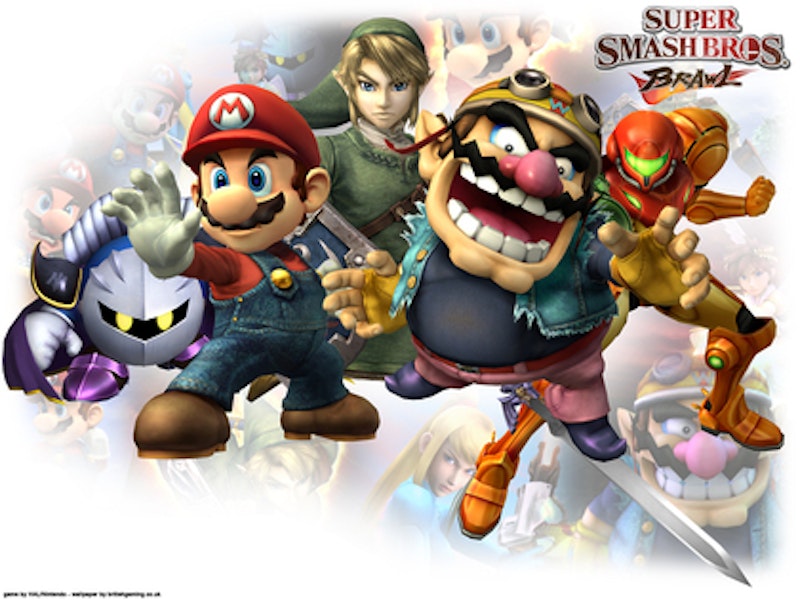 Last Sunday was a busy day. Some watched the NCAA Tournament-hopeful men's basketball team battle Virginia. Others studied feverishly for Monday midterms. But for some, this day was three years in the making. After numerous delays, the release of a new system and a whole lot of patience, Super Smash Bros. Brawl, the third in Nintendo's fighting series, was released on Sunday.

The idea behind the Super Smash Bros. series is simple: Gather some friends. Pick your favorite Nintendo mascot. Beat the snot out of each.

After all, many Nintendo fans constantly discussed who would win in a fight: Link from The Legend of Zelda or Mario, the world-famous plumber. In 1999, the answer was left up to you when the original Super Smash Bros. debuted in North America on Nintendo 64. Fans were satisfied with this addictive new fighting game, but not for long. Soon, they wanted more.

Now, nearly a decade later, Super Smash Bros. welcomes its second sequel (after Super Smash Bros. Melee in 2001) with open arms and ready fists. But like many video games, Super Smash Bros. Brawl was pushed back from its original release date. Originally previewed in May 2006, the game was expected to coincide with the Wii launch date.

"It was supposed to come out over a year and a half ago, and I just kept getting pissed off waiting," said Magdalena Jaruga, a sophomore government and politics major.

The original pack of brawlers has now grown into a veritable community, with more than four times as many characters as the original. But what really sets this addition to the series apart from its previous installments are the new features, including more moves, more items, more levels and improved graphics, Jaruga said.

One of the key aspects to Brawl is the sheer amount of new characters. With 18 veterans and 17 newcomers, Brawl boasts the biggest roster on a Nintendo fighting game yet. All the fan favorites return, including Mario, Donkey Kong and Samus from the Metroid series. But the newcomers earn the most buzz, as more characters from the Kirby series and other classic Nintendo series join the fray.

"The Pokemon Trainer alternates between three Pokemon, and you fight with the three he uses," Jaruga said.

But the two most exciting newcomers are Snake from the Metal Gear series and Sonic the Hedgehog, the titular blue hedgehog whose legend began on Sega Genesis. It's the first time third-party companies, such as Sega and Squaresoft, are involved in the game, a trend some students see as a huge positive.

"I want to see Knuckles [from Sonic the Hedgehog]," said Carrie Zaner, a senior criminology and sociology major. "He's so f---in' badass because he can climb. Oh, and more Animal Crossing characters."

There's also a new special item for gameplay, the Smash Ball. When one of them randomly appears in the fight, the normal fight becomes a fight to break the ball. Whoever manages to break the Smash Ball gets to perform their "Final Smash," where they perform a special attack unique to their character. For instance, Mario unleashes a fireball barrage upon his enemies, Fox McCloud from the Star Fox series calls a tank to steamroll his foes and Kirby throws his enemies into a pot to eat.

Brawl really is a game for everyone. Die-hard fans of the series may intimidate the casual gamers, but it's just as friendly to newcomers.

"I was really bad at Melee," said Ben Silverman, a junior music education major. "But I have a lot of friends that really like it, and I heard about this one with its new characters, new items and new features."

And while newcomers will be pleased with the sheer amount of options, the veterans of the series will be just as pleased with the new online feature, thanks to Nintendo's free Wi-fi service. Now, you can play online against friends or complete strangers, taking the addicting madness to a whole new level.

The game also includes a full-length single player adventure called "The Subspace Emissary," where Mario and the gang face-off against aliens that threaten the Smash Bros. universe. But the game's mainstay is still the multiplayer experience, where new game modes and even a stage builder allow complete customization of your Smash Bros. experience.

Super Smash Bros. Brawl has everything gamers could ever want from a multiplayer game, including new characters and hundreds of unfathomable options to defeat the scourge of boredom once and for all. Who knows, maybe even Wiimotes will start to outnumber Guitar Hero guitars in dorm rooms everywhere.

"I love this game," Silverman said. "It's so much fun. It's the best multiplayer game on the Wii so far."