My enthusiasm pays off. 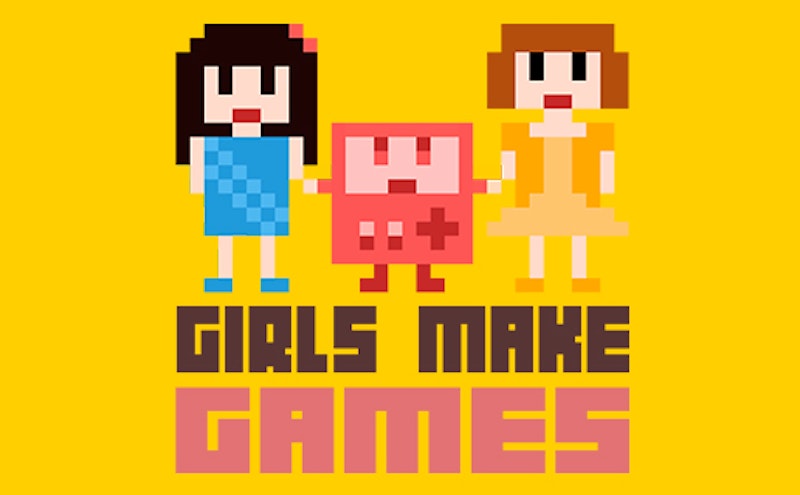 I’ve had a job since I was 13. Although I was paid under the table until I was 16 because I worked for my family, I was never without a job during high school. At 17, I felt like I needed to branch out and work for different establishments, so I worked at a music store before I was laid off, and then moved on to be a cashier and barista for a restaurant chain. As with most part time jobs, I didn’t find my work fulfilling or challenging. I was a teenager who needed money for gas and cigarettes and fast food.

Since moving to Baltimore, I’ve been jobless. Other than being a freelance writer, I have no obligations outside of college. Since I feel like I need to contribute my time and make more money in the process, I took to scouring Craigslist for a job. That ended up being fruitless after a couple months of searching, so I gave up. Around April, I was randomly scrolling through my twitter feed when I saw there was a tweet from a user called GirlsMakeGames calling for interested parties to apply to their summer camp.

Bored, and skeptical that a summer camp based in San Jose would choose to hold a workshop in Maryland, I clicked on the link provided and instantly knew that I had to have this job. Without any discernable skills (like computer coding or upper level management) at my disposal, I was sure that I wouldn’t be able to help. Other than having a lot of enthusiasm for video games and women in the industry, I would be virtually useless. Distraught, I sent them a tweet: “Do you have need for someone who isn’t good at coding but is really passionate about girls making games?” and I was immediately told, “Yes!”

Girls Make Games is a series of summer camps, workshops and game jams that are designed to help and inspire the next generation of designers and creators. The camp is run by LearnDistrict, an educational company based in San Jose California. The camp has three tracks: Introduction to Game Design, Game Art and Programming. It’s about three weeks long with girls aged 11-14. Girls will be split up into teams and will learn to work together to create and demo their own video game. The top five teams from around the country will have a chance to showcase their game in San Jose and the grand prize is a Kick Starter campaign to publish the game. In 2014 the winner The Hole Story met their goal and is in the process of being published.

After stalking all of their social media sites and tweeting back and forth with them, I sent in my resume and scheduled a Skype interview with one of the owners, Laila Shabir. Our interview was casual, and I felt very welcomed and at ease. It was almost like having a conversation with a friend. We got to know each other a little bit, I told her how I learned about the camp, about where I lived and what I was doing in college, and my passion for the work that she was doing. After 40 minutes of talking, she informed me that I’d be an assistant coordinator for the D.C. camp held at College Park.

It’s going to be a lot of long hours and quite a commute, but I couldn’t be happier about working for Laila and Girls Make Games. I really do believe that this camp makes a difference for little girls, and I’m excited to be able to relate to them. It makes me wish I were 12 all over again so I could have this opportunity. I’m fortunate that I’ll be contributing in some small way to the experience of the camp. I’m anxious to see how the next couple of weeks turn out.