Time to call in the pros. 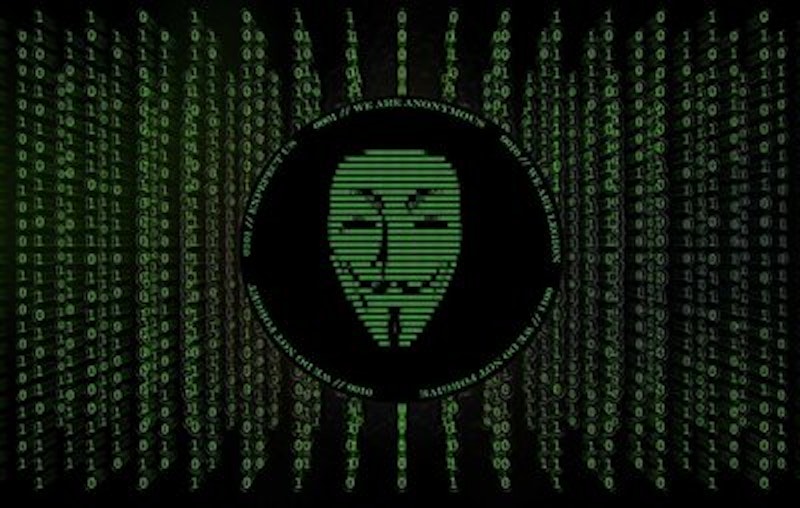 The renegade Islamist band of killers and torturers known as ISIS is a serious and very successful user of social media, especially Twitter. They use it both to recruit—with their MTV-quality snuff films—and to terrorize, as leaflets dropped out of planes were once used. When word gets around about the latest ISIS video, and they are anywhere near your village, you probably want to go elsewhere fast, like the people of Ramadi, Iraq have done lately, fleeing the city with their possessions loaded into wheelbarrows. Depriving ISIS of a major social media presence would rob the organization of much of its power, and needs to be a high-priority American foreign policy goal.

For this very reason, ISIS does not appreciate it when you mess with its Twitter, like Twitter execs have been doing when they delete ISIS accounts for TOS violations. They threaten you with death, of course, like they did with Twitter CEO Dick Costolo and co-founder Jack Dorsey. ISIS has called upon lone wolves all over the world to murder rank and file Twitter employees.

The professional production values that ISIS bring to its atrocity videos have a powerful effect on the type of young people disposed towards moving to the Middle East for some Islamist action and a fast track to heaven. ISIS has added mastery of social media techniques to its warfare bag of tricks, having weaponized it so successfully that the U.S., with its more traditional approach to warfare, has been unable to devise effective counter strategies. The U.S. Cyber Command and similar agencies are oriented towards defending against cyber attacks by state-sponsored and rogue organizations. Social media is hardly their forte.

So the question becomes, how does the U.S. find a better way to fight on the social media front of the war against ISIS? Sen. Lindsey Graham, a reliable knee-jerk advocate for U.S. military action in almost any foreign conflict, has said that President Obama "needs to rise to the occasion before we all get killed back here at home," (meaning ground troops must be committed) but the excitable Senator from South Carolina—who has never sent an email—probably is not the go-to guy when it comes to devising an innovative strategy to prevent his apocalyptic flights of fancy.

New twists in modern, asymmetric warfare call for innovation. Although the U.S. government seems to recognize this, it hasn’t been able to match ISIS blow by blow on the Internet. The U.S. is up against ISIS' presumed social media guru Ahmad Abousamra, who was raised in the upscale Boston suburb of Stoughton and made the Dean's List at Northeastern University. ISIS is well aware that its beheadings, crucifixions and human immolations would not amount to much more than them doing what they're best at without the ability to broadcast the acts all over the globe, and Abousamra is very good at his job. When there's a beheading, like the one of American journalist James Foley, he has the video out on about a dozen social media platforms almost simultaneously.

The U.S. has come up with little beyond the State Department’s underfunded Center for Strategic Counterterrorism Communications—with its 21,000-follower “Think Again Turn Away” Twitter account. The State Department's gaffe-prone efforts at trolling ISIS on Twitter have been, at best, ineffective, and sometimes downright embarrassing. The ISIS PR campaign is a well-oiled machine that won't be slowed down by a few State Department employees trying to learn their craft on the job.

"Hacktivist" collective Anonymous, recognizing that the U.S. government is out of its league battling ISIS online, and impatient with Twitter's efforts, has stepped in to fill the void, declaring war on ISIS with this statement: "We will hunt you, take down your sites, accounts, emails and expose you. From now on, no safe place for you online. You will be treated like a virus and we are the cure. We own the Internet..."

Anonymous has taken down dozens of websites and is responsible for thousands of Twitter account deletions, but it’s hard to quantify their actual impact on ISIS, which produces new accounts as soon as the old ones are deleted. The U.S. government, yielding to pragmatism, has—contrary to its normal approach—taken a laissez faire approach towards the hacktivist collective so far. The next logical step is to outsource the entire ISIS social media battle to Anonymous. Yes, Anonymous has also declared war on the U.S. government, which presents a hurdle, but the U.S. is already tacitly coordinating with its enemy Iran, and has aligned with Kurdish militias linked to terrorism, in the battle against ISIS in Iraq, so how much of a leap would this be? In the teeming pool of internecine struggle that is the Middle East, "the enemy of my enemy is my friend" has never been so relevant.

The U.S government has the resources and Anonymous has the expertise and the motivation. They hate bullies and ISIS bullies like nobody's business. Team them up and you have a formidable weapon to choke off ISIS' lifeblood. Offer a Bitcoin-denominated reward for every ISIS twitter account identified and add a monetary incentive to an already strong moral one. Modern warfare is fought by different rules now, with private contractors (e.g. Blackwater) often right in the middle of the action these days, as they were in both Iraq and Afghanistan.

The Lindsey Grahams of the world have nothing to offer when it comes to practical, creative solutions for problems, like ISIS, since they have no understanding of them. If the U.S were to go at ISIS with a heavy military presence on the ground, it would end up stuck in this Middle East quagmire for another 20-30 years. Imagine the number of jihadists that would produce.  Here's an alternative plan: Farm the crucial social media battle out to Anonymous—providing them with structure and funding—and give backup support for the forces in the Middle East already fighting ISIS on the ground. Sooner or later, they need to sort out their mess anyway. It might save the U.S a few billion dollars and a few thousand lives. The neocons have shown us how well their interventionism works in the Middle East. If we don't learn from their disastrous mistakes, we’re being willfully obtuse and are doomed to repeat them.