It’s not impossible. Here are some suggestions. 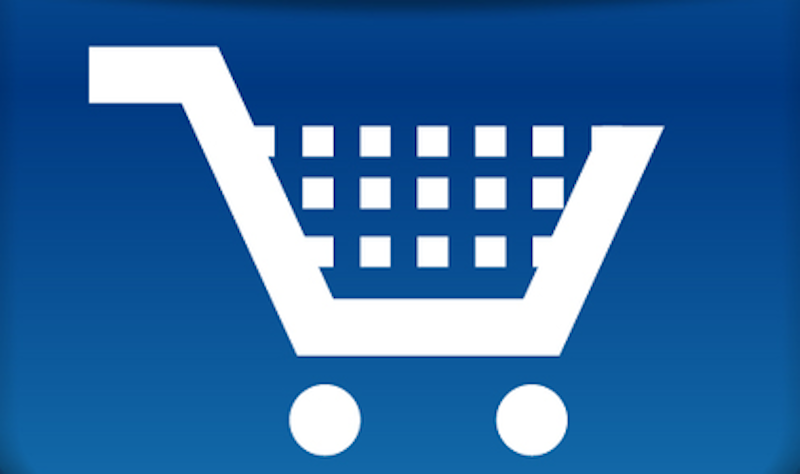 Ease! Convenience! Expediency! These are qualities customers have associated with Amazon.com for nearly two (!) decades now. Why elbow your way through unruly holiday hordes at Macy’s when you could cop that broach on Amazon.com? Why burn gas motoring around the county hunting for a Bloom County paperback when you could score it at a discount on Amazon.com? Why spend hours bidding extravagantly on an obscure Lego figurine on eBay when you could pay a paltry $20 for it on Amazon.com, and then have the prize arrive two days later?

Yes, there’s certainly an undeniable seductiveness to the sheer immediacy of Amazon and the larger Internet diaspora. Certainly, I haven’t been immune. Since 1999, I’ve spent thousands of dollars on the site for gifts for others and stuff for myself—books, toys, jewelry, DVDs, and CDs, including that one Christmas when I bought 10 or 12 copies of Reflection Eternal’s Train of Thought at a discount and gave them out to family and friends. I’ve peddled stuff I wanted to unload there; I’ve sold eBooks there. We had some good times, Amazon and me; ours was a mutually beneficial relationship.

There are so many well-publicized reasons to break up with Amazon.com right now that it’s hard to know where to even start: the protracted legal sparring with book publishers; the horrible treatment of employees; the ongoing efforts to replace those employees with robots; the whole drone thing; CEO Jeff Bezos coming off as an imperialistic, unapologetic dick pretty much every time he’s spoken of. (Dude bought the Washington Post, too. Sure, Uber is legitimately evil, but this is next-level evil.) Almost worse is the self-centered smugness of Amazon Prime subscribers when confronted with the aforementioned, an indifference that lays bare how divorced we are as a society from the labor and methodologies that create products, price them, sell them, and deliver them. If you care about other people, and about yourself and your social and psychological health, you should consider joining me in pulling the plug on Amazon.com pursuing the following alternatives in 2015.

Buy Direct From the Seller, Label, Publisher, or Merchant: Sounds crazy, right? And it might be slightly pricier. But do it anyway.

Patronize Your Local Library: You probably have a local library. If you or your parents are paying taxes, you’re actively helping to fund the library—a resource that has been yours to draw on forever, even if you weren’t aware of it. Typically, libraries feature books, magazines, newspapers, DVDs, CDs, Internet service, and quiet, peaceful spaces to read or think. If your library doesn’t have what you’re looking for, the staff can probably request it from another library in the system or another branch, and get it for you in a few days, at which time they’ll call you or email you and be all “Hey, your special order is in, please come and pick it up.” Then that thing is yours to savor for two or three weeks, until it’s due back, and in some cases you can check it for longer periods of time. Libraries are fantastic; librarians are usually decent people. If you’re a parent who wants to get everyone out of the house for a bit without breaking the bank, you could do worse than to shepherd everyone to the library. After all, you already paid for it.

Patronize Your Local Bookseller: By this I mean sellers of new or used books that aren’t chain stores. Will these stores always have what you want and what you’ve become so accustomed to acquiring in two or three days? No, but their proprietors will happily order you what you want, recommend other books you might like, and generally display a kindness and interest that chain store clerks don’t have time for. Look, people who run and operate their own bookstores are generally lonely book lovers who are in the business because they love books and people. They’ll talk your ear off if you let them. They’ll want to know who you are, where you’re from, and how you came to visit the store. They’ll show off the valuable first editions and talk shit about book peddlers who tried to pull the wool over their eyes. All of this will probably happen in an environment that is the opposite of crowded or oppressive, and unless you’re in a massive hurry or are a complete asshole, you’ll find the experience roughly a thousand times more rewarding than completing a three-minute transaction on Amazon before flipping over to the Huffington Post. Trust me on this.

Done With a Book? Give it to a Friend or Relative: Surely, you have friends, right? Loved ones? Family? You do leave your house to talk, eat, and generally interact with other people, yeah? Or they come to you sometimes? And you talk about life, literature, and metaphysics? Then maybe if you’re done with a book, or a couple books, give them those books, with the promise that if a day comes when they don’t want them, they’ll pass those books along to someone they know—maybe somebody you’ve never even met—for their enjoyment and edification. Because the only thing cooler than synopsizing a great novel for someone you’re close to is to be able to reach into your jacket and hand that novel over. Or: make your unwanted books into birthday or holiday gifts.

Want a Book? Ask a Friend or a Relative: See above.

Done With Books Nobody Wants? Give Them Away: There’s probably a charity shop or Salvation Army in your general area that will accept just about anything you want to unload that has some potential value. If there’s a box of books you no longer want, by all means, donate it. When you donate books, you accomplish three things simultaneously: 1) you’ve helped a charity and thereby done a good deed, 2) you’ve made space in your domicile, which is a psychologically positive things, and 3) you’ve provided the person at the charity shop with a momentary jolt of purpose and significance. Isn’t that better than tediously entering in properties for 20-30 books on Amazon that you’re selling for peanuts, and then waiting weeks, months, or years for someone to buy them?