We can't ignore the GMO debate. 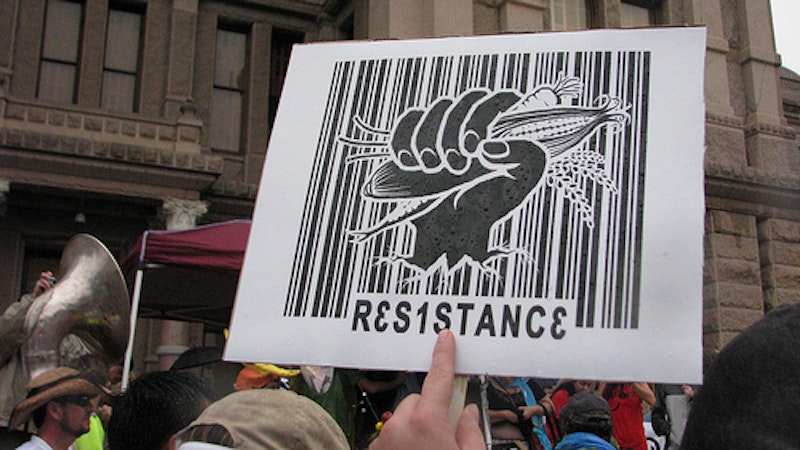 A while back, my home county passed a law requiring farmers growing genetically modified plants to put themselves on a registry. On the surface, it’s a harmless idea—regulation from the local government of a rural but liberal and increasingly worried county that would ensure its people know what kind of crops are grown in their neighborhoods. However, the law hasn’t gone into effect, after a farmer sued, claiming that putting his farm on the open registry—complete with required address and contact information—would make him a target for anti-GMO activists. A judge put a hold on the registry while the suit is being considered, so for now, nothing’s happening.

This is a theme, I’ve found, with GMO legislation. Lawmakers, caught between semi-rabid GMO doomsayers and the equally rabid defenders of the science and profit leading to and from GMOs, tend to do nothing. Or, as in the case of my own bold and misguided council members, they pass a law that meant well, would do harm, and ended up doing nothing at all. But I don’t blame them. As a county council, they don’t have much more power than a neighborhood board, overseeing zoning regulations and playing with the small amount of funding the state deigns to give them. They approve of putting stop signs in intersections, so I don’t know why they might be expected to tackle as complex, divisive, and global an issue as genetically modified organisms. They did what they know how to do—impose their will on the members of their community. It’s not like they could have done anything to Monsanto, for example, makers of the herbicide Roundup and the suite of GMO crops designed to resist its ill effects.

And no matter where you stand on the GMO “issue,” it’s clear that keeping all of these crops on a registry wouldn’t accomplish much. Even if the council had chosen to ban all GMOs, that still wouldn’t accomplish much: keeping them out of just one county. There’s nothing to be gained by impeding the choices of small farmers, not when so many of them are already caught between value-conscious consumers and more competitive factory farms.

The bigger issue, and what is often overlooked by experts and laymen alike, is that the subject of GMOs isn’t just about the risks and benefits of genetically modified plants and animals, but what it means that corporations are now able to create, own and patent living, reproducing things. There isn’t much that worries me more than a corporation owning the legal and economic rights to an organism, but society decides it cares enough about scientific research to pay people to actually do it, for-profit developments like Roundup-Ready canola developed by scientists working for Monsanto is all we can expect from GMO research. It’s this, more than any kind of science fiction-inspired doomsday prophesies, that worries me. I’m more concerned with the intersections of scientific research and the corporate, profit-driven and goal-oriented philosophies that pay the men and women researching GMOs.

Broad policy change is the only thing that will help—targeting local growers might be easier, and this is probably the only thing my county council could hope to accomplish on its own, but legislation like this is a waste of time. Regardless of your feelings about GMOs, we need to recognize that the potential for both harm and world-changing improvements embodied by this technology will be seen first in a lab. The question is, who do we want owning that lab? Who do we want influencing the research that comes out of it, and controlling when, where, and how whatever it produces is used? So far, the answer is that we don’t care. So long as it doesn’t impact our neighborhoods directly, we’re perfectly content not using taxpayer money to provide an alternative for the corporate-owned and profit-driven research. How long can we afford not to be involved?