The Ties That No Longer Bind

When was the last time you tied a Windsor knot? 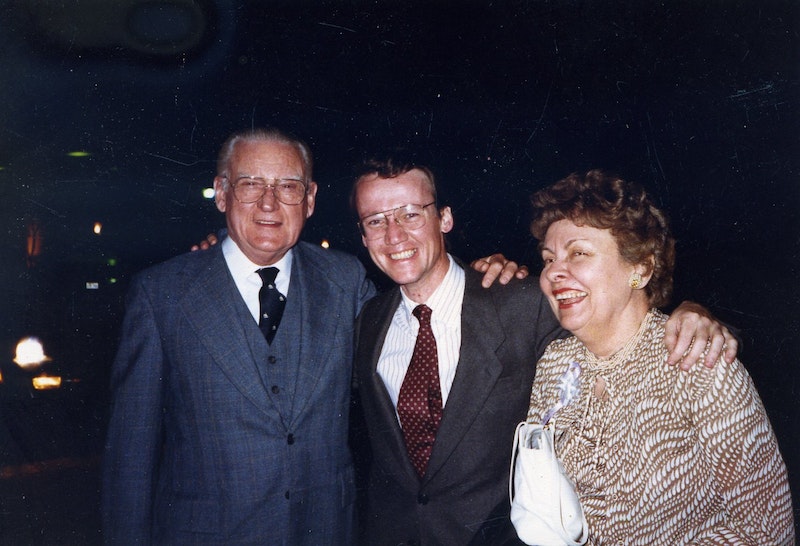 Last weekend I read a story in The Wall Street Journal about the demise (and, unconvincingly, rebirth) of the tie as a staple of a professional man’s weekday attire. The story opened with anecdotes of President Obama eschewing the traditional neckwear, and though it was not said, the clear implication was that Obama was doing to the tie what John F. Kennedy did to the hat. Only a brief mention is given to the real culprit: the odious “Casual Friday” craze that out of nowhere and became the norm in the late 1990s. Oh, and of course the dressing down of tech celebrities is cited, which just makes me think about how creepy it is that Facebook is building a huge apartment complex for its employees near the company’s headquarters in Menlo Park, CA. Undoubtedly, maid service will be provided, and every night a packet of Skittles will be left on pillows.

I’m not a fan of this probably irreversible twist in sartorial culture—hats never did come back, except in a niche way; compare photos of a 1950s ballgame at Yankee Stadium to one of today, and you get the idea—but there’s not enough time in the day to mope about new and distressing aspects of modern life. In the past 10 years, I’ve worn a tie probably about 100 times, which is a lot compared to many of my contemporaries, but a precipitous decline for me; I have a closet full of snappy silk ties purchased from the likes of Harvie and Hudson, Sulka, Paul Stuart, Turnbull & Asser and any number of upscale haberdasheries from my travels around the world. They’d all be a bit dusty if it weren’t for my son Booker’s high school uniform of jacket and tie; he’d knot up each morning and upon returning home chuck it in either his car or on his desk, and it made me cringe, thinking how not so long ago I was fairly meticulous—but not anal, thanks—about the care of expensive garments.

Unlike my two sons, I learned to knot a tie, in fits and starts, as a lad: a handy skill that was about the only redeeming feature of attending church every Sunday until I was 13. (The spitball fights with Bruce Arbonies and Jay Howell, were pretty good, too, distracting from the tedious sermons of the otherwise very amiable Dr. Dransfield.) Relatedly, it wasn’t till my kids were almost teenagers when they learned how to tie shoes; not their fault, with loafers and no-lace sneakers the footwear of their youth. Anyway, as a hippy teenager, ties were out, and then as a young businessman/editor I simply couldn’t afford ties, let alone more than two pairs of jeans at a time. So I missed those ugly, fat ties of the 1970s that were just a notch above leisure suits and bellbottoms in that strange decade.

But not long after Reagan was elected, and my business started to prosper, I bought suits and ties, unwittingly conforming to the yuppie stereotype, and in the 90s took great pleasure in my walk-in closet full of duds, choosing a suit, French cuff shirts (with attendant links) and buffed English boots or Italian shoes every morning. Except for the editorial staff at New York Press, the uniform was essentially mandatory: an advertising salesman would be upbraided by his or her boss if not properly attired; and the women who sold space were also read the riot act by their bosses if their dresses were even a touch on the risqué side. The etiquette wasn’t a high-handed dictum—we ran a loose office, as one might expect at a weekly newspaper—but just practical. Sure, some Soho retailers didn’t care about ties, but go on a sales call at an ad agency or upscale boutique and eyebrows would be raised and usually no sale resulted. I suspect that’s all changed in the newspaper industry these days, because of current fashion and also because almost no one buys print advertising anymore.

My late brother Doug, who was an English professor at a California university, was the first person I can remember who ranted about the silliness of ties. Most of my friends and colleagues chafed at the tradition—itchy necks, tight top shirt buttons—but Doug would become inflamed upon visiting New York and having to don a tie for a family dinner in Manhattan. “Don’t you realize the tie is an anachronistic costume,” he’d say to me and my brothers, an idea that had some merit, but then he’d segue into a very left-wing tirade about the The Man’s outrage of the day and feathers would fly. By the end of dinner, as cognac was served, all had usually settled down, but his crusade against the tie was lost in the haze.

On occasion, my Uncles Joe and Pete, very old school gentlemen born in 1915 and 1920, respectively, would look at Doug like he was nuts, but were far more generous in allowing their nephew to ramble on.

So, recalling the occasions I’ve worn ties this century is pretty easy, especially as they become less frequent: a wedding or two, bar mitzvahs, a couple of wakes, kids’ graduations, Christmas Eve parties, fancy restaurants and a meeting or two with old professors of mine at the Johns Hopkins Faculty Club. But I haven’t worn a tie at all in 2013, not even in Bermuda, where until recently onetime “proper attire” was a must at clubs and restaurants. As I’ve said, “dressing up” was not a chore for me, I liked it; but now, when I wear shorts and polo shirts in the summer, cords and turtle necks in colder weather, it’s all moot. Just like when my Dad, who had a half dozen Stetson hats, and cheaper models, in his closet in the early 60s, adapted to the times. At a garage sale in 1970, I don’t think any of the hats sold, even for a quarter. Kills me to think that I might fetch a buck for a tie I paid $110 for in London in 1987.