Tilghman Island Day celebrates a lifestyle that may or may not be fading away. 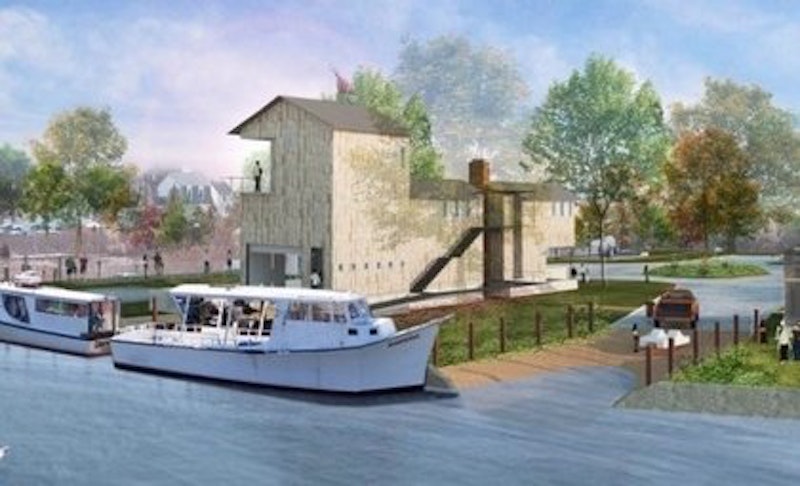 Last weekend was like the World Series of Tilghman Island, Maryland, a tiny four-mile island on Maryland’s Eastern Shore south of St. Michaels. Up in St. Mike’s, the tourists are treated like royalty: there are swanky hotels, bed and breakfasts, top-notch restaurants and upscale shops. But on the other side of the nation’s busiest drawbridge, there’s Tilghman Island Day, and it’s not quite as fancy because it doesn’t want to be. On the streets of St. Michaels, you see blonde bob haircuts, fancy overbred dogs and Lilly Pulitzer nautical-themed pants. On the island, there are beat-up pick-up trucks, flannel shirts, white watermen boots and camo baseball hats. St. Mike’s belongs to tourists, Tilghman Island, to the watermen.

Don’t get me wrong. Tilghman Island Day boasts the best seafood you’ll find anywhere, mainly because the island is where it originates. That drawbridge, Knapps Narrows, is America’s busiest because the community supports one of Maryland’s most productive fleet of working watermen. The island is also home to the last commercial sailing fleet in North America, the skipjacks, several of which are on display at Dogwood Harbor. The events Saturday included jigger (anchor) throwing contests (54 feet; there was a tie), rowboat races, boat-docking contests, oyster shucking and crab eating contests, music, auctions, crafts, funnel cake. Okay, technically the funnel cake has nothing to do with watermen, but it was really good.

There are two non-profit organizations on the island dedicated to preserving the heritage of the watermen: my kids had a blast at Phillips Wharf Environmental Center which houses bay critters (including three baby seahorses brought in from fishing nets and a one-month-old terrapin that hatched in someone’s garden) and serves as an educational facility. Just this week after a massive, successful fundraising effort to secure a state grant, they purchased the town’s historic waterfront oyster house (pictured) that will be renovated as a working Chesapeake Bay life museum. There’s also the Tilghman Watermen’s Museum that serves to educate people about the history of the seafood industry and its workers.

In all honesty, I’ve met many working watermen on the island and you don’t generally see them at non-profit fundraisers. This is probably because they’re out working on the water. I asked a third generation waterman what he thought about the museums, and he said. “They’re trying to make relics out of us. I’m still a waterman. What am I supposed to, stand around a museum and hold still until little kids walk by and then move and spook them? I don’t have time to do that. I still work on the water.”

The guy is actually really funny, but there’s not a lot of humor in the thankless lifestyle of the watermen. They go to work way before the sun rises until way after it sets, bringing in declining harvests of oysters and crabs and rockfish for consumers nationwide to eat in seafood restaurants. They don’t make a lot of money and they’re constantly challenged by state regulations. Granted, Maryland Department of Natural Resources (DNR) is charged with protecting the habitat and populations of the water critters we love to steam and fry and eat with Old Bay, but from what I’ve learned in the last 17 months I’ve been hanging around on the island, DNR makes the lives of watermen harder each year in their restrictions of oyster dredging and crab harvesting areas.

Will the day come when there is no longer such a thing as a waterman? I hope not.  I think it’s fantastic that organizations are dedicated to protecting the heritage of the watermen, but my favorite way to support a waterman is by buying fresh seafood, right off the boats at the water’s edge, while we still can.